Councilmember Robert Thoms asked the council to delay the decision in an effort to balance a proposed ordinance. 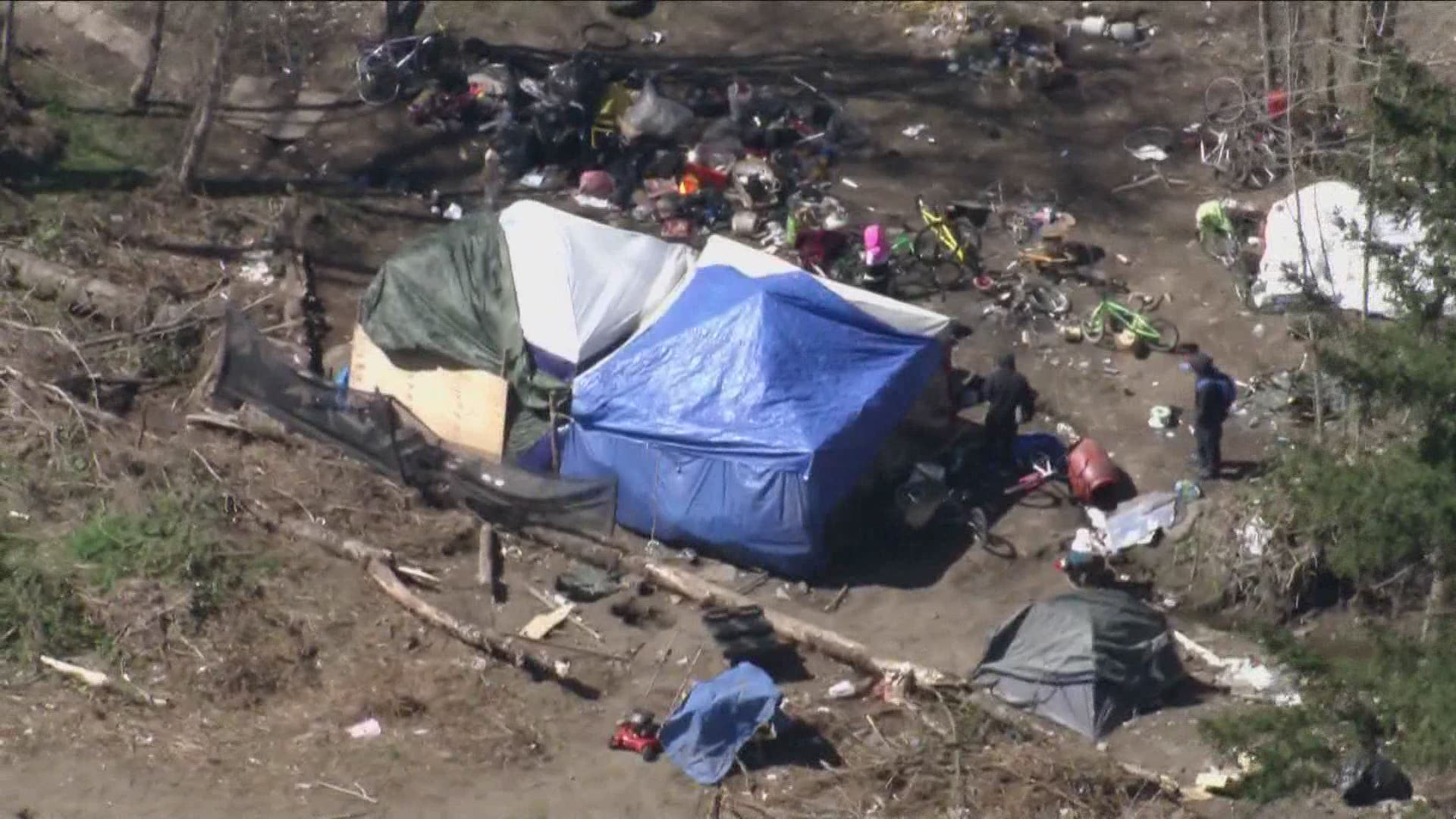 Editor's Note: The above video about Tacoma possibly considering an ordinance similar to Auburn's "no camping" ban was published in April 2021.

TACOMA, Wash. - The Tacoma City Council decided to take some more time before considering a law that would ban camping on public property.

Councilmember Robert Thoms, a sponsor of the ordinance along with Deputy Mayor Keith Blocker and Mayor Victoria Woodards, said the ordinance needs more time to be better balanced. That includes working with the Tacoma Pierce County Coalition to End Homelessness.

"We're not there yet," Thoms said.

Under the proposed law, it would also be illegal to store personal property on public land.

Woodards said they are close to getting the ordinance right, further stating it's "heartening" to see the community coming together to help solve the issue of homelessness. However, at some point, she said, enforcement will have to be part of the city's strategy.

The ordinance will also be sent to the Community Vitality and Safety committee.

The proposed camping ban was continued for 90 days.

In April, the Auburn City Council voted on a similar camping ban that made camping on city property a crime.

That means that anyone camping on city property could be arrested and charged with criminal trespass if they refuse shelter or leave city property.