The new offer comes on the heels of a new video the chamber of commerce released taking a dig at Seattle's head tax. 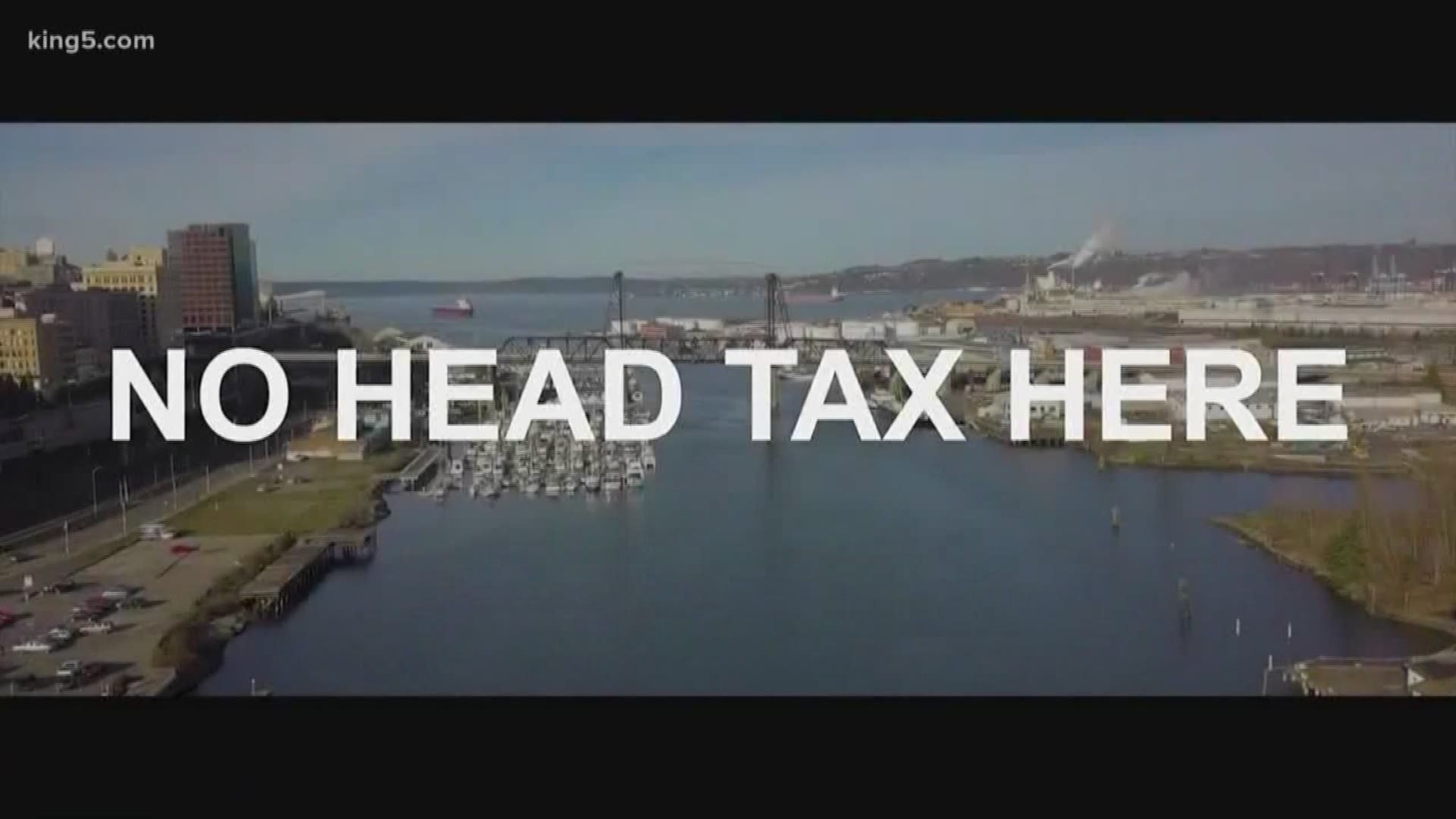 Tacoma and Pierce County are using the head tax controversy in Seattle to attract businesses.

Pierce County on Tuesday plans to announce a $275 credit for each family-wage job companies create in the county. That equals the $275 per employee tax Seattle is imposing on high-revenue companies.

"Pierce County plans to create new, family-wage jobs by showcasing a $275 employee tax credit that will be available across the county," according to a news release from the county.

The Tacoma Pierce County Chamber of Commerce made a not-so-subtle dig at Seattle last week by releasing a video touting that Tacoma has no head tax.

Tom Pierson is the President of the Tacoma Pierce County Chamber and isn't a big fan of Seattle's head tax.

"What Seattle did is really the last straw for a lot of businesses and I think you'll hear more businesses that were thinking about going to Seattle that are not going to and so I know it's going to continue, just the pressure of cost," said Pierson. It was his idea to create the video.

"We wanted to make sure we got out in front of this and let people know we want to have you down here and by the way we don't have a head tax," he said.

Pierson represents city leaders and residents who are anxious to put more jobs in a community where most people head north to go to work.

"The livability factor matters right, so their employees want to work at a place that's close to their home," he said.

But for Dawn Markley, a mother of three who moved to the Hilltop in Tacoma 11 year ago, she and her family are already starting to feel the pinch of a growing Tacoma.

"I don't know where we would go when we can't afford here. We're getting pushed out of everywhere," said Markley.

"I think getting some bigger business would be great but it's not going to employ them [homeless] you know."

For now, she hopes her family can hold on as Tacoma grows.

"We do have a lot of apartment buildings starting to go in where there were none before and now they're starting to just kind of pop up but you still can't afford it."