Despite concerns raised by neighbors, the Center at Norpoint will become a temporary 24-hour warming center for adult women and couples by the end of January. 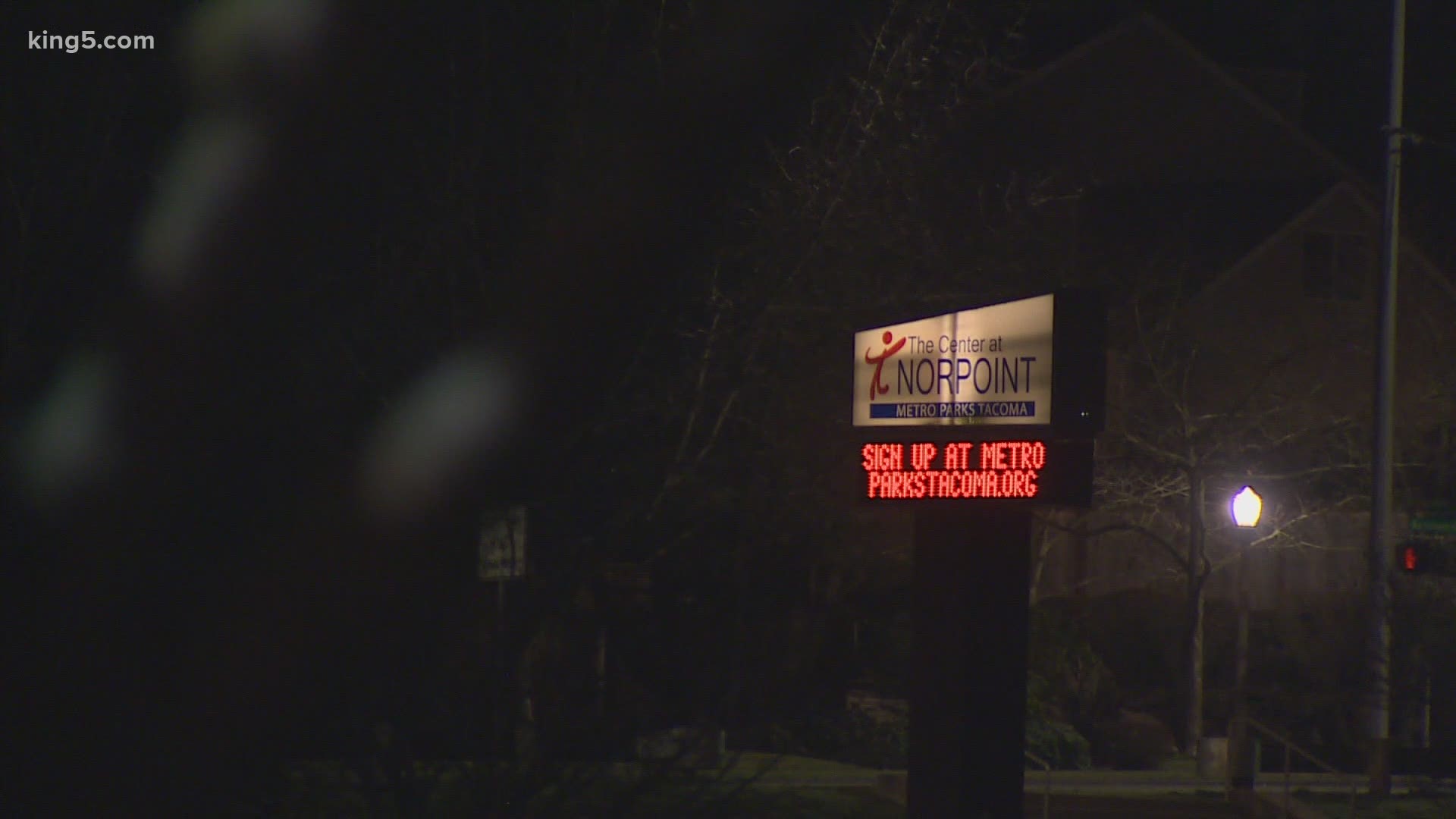 TACOMA, Wash. — A community center in northeast Tacoma will become a temporary homeless shelter by the end of January despite pushback from people who live nearby.

The Center at Norpoint, which is operated by Metro Parks Tacoma, will become a 24-hour temporary warming center for adult women and couples to get out of the cold.

The Center at Norpoint is in the heart of a residential neighborhood and some neighbors who contacted KING 5 expressed concerns about security and resources for the shelter.

One of the main questions was why the city needs to transform a community center into a warming center for the homeless in the first place, even for just a short period of time? The city said due to the coronavirus pandemic, shelter operators are needing more space to abide by social distancing requirements.

"It is a standard practice for permanent shelter operators to temporarily increase the capacity of their shelter locations during inclement weather (cold and freezing conditions, normally during the winter months). The Warming Centers are a direct response to the need for additional shelter capacity during COVID-19, which has limited the ability of operators to utilize their standard approaches to temporarily increase shelter capacity, due to physical distancing guidelines for health and safety from the CDC and local health department," the city said on its website.

The city has made changes from its original plan after hearing from neighbors, including dropping the number of people allowed at the warming center from 55 to 25. They will also require people to make reservations before arriving, with no walk-in options.

The city said the warming center at Norpoint will close by Feb. 28, in time for Metro Parks officials to clean the building ahead of a planned reopening in April.

Tacoma police said they will make it a priority patrol area to address some of the security concerns raised by neighbors.