2 Tacoma officers charged with murder, 1 with manslaughter in death of Manuel Ellis

Manuel Ellis died in March 2020 while being restrained by Tacoma police officers. His death was ruled a homicide by the Pierce County Medical Examiner. 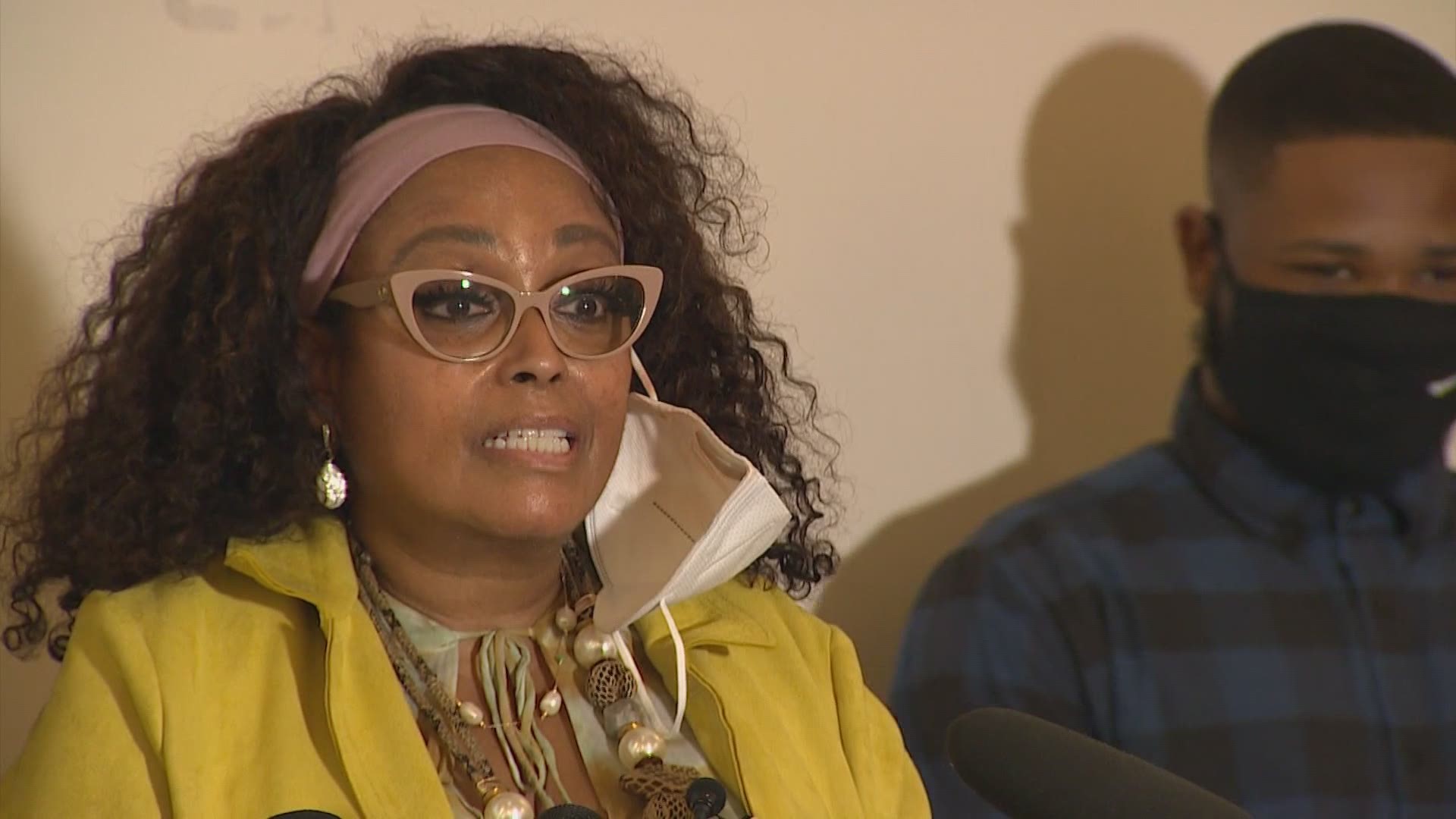 TACOMA, Wash. — Three Tacoma Police Department officers charged in the death of Manuel Ellis are expected to have their first court appearance Friday.

Ellis, a 33-year-old Black man, died in handcuffs while being restrained by Tacoma police on March 3, 2020.

Christopher Burbank and Matthew Collins are charged with second-degree murder, and Timothy Rankine is charged with first-degree manslaughter. Warrants were issued for the three officers' arrests. All three officers voluntarily turned themselves in Thursday afternoon and were booked into the Pierce County Jail, according to the Washington State Patrol.

This is the first time the Washington State Attorney General's Office has criminally charged police officers for the unlawful use of deadly force.

"The reality is you don't want to be first in this kind of way," said the attorney for the Ellis family, James Bible. "The reality is that at every dinner table that [Manuel Ellis's] mom has sat at over the course of the past 14 months, someone has been missing, at the birthdays for Manuel Ellis's children, they have been missing their father."

Bible criticized the Pierce County Sheriff's Office and the Washington State Patrol for their investigations of Ellis's case and called for the formation of an independent investigative agency for law enforcement.

"They're not prepared to tell the truth about people's children," Bible said.

"The criminal system needs to be made over, from the head, just take it off," she said.

Carter-Mixon, Bible and the Tacoma Action Committee campaigned the governor for an independent investigation into Ellis's death over doubts about the Washington State Patrol's ability to investigate the incident.

This is the first time the AG’s office criminally charged police officers in Washington state for the unlawful use of deadly force and the second time homicide charges were filed against law enforcement officers since the state adopted Initiative 940 in November 2018.

If convicted, standard sentencing for second-degree murder for someone with no prior criminal history is 10-18 years in prison and 6.5-8.5 years for first-degree manslaughter. The AG’s Office said the maximum sentence for both offenses is life in prison.

Ellis was walking home from a 7-Eleven after purchasing snacks when witnesses said he stopped to speak with Burbank and Collins, who were stopped at a red light in their patrol car, according to probable cause documents.

Witnesses said Ellis turned to walk away, but the officers got out of their car and knocked Ellis to his knees. All witnesses told investigators they did not see Ellis strike the officers, according to documents.

Other officers who later responded to the scene told investigators that Burbank and Collins reported Ellis was “goin’ after a car” in the intersection and then attacked the patrol car, punching the windows.

Video footage taken by witnesses shows the officers repeatedly hitting Ellis, according to probable cause documents. Collins put Ellis into a neck restraint, which prosecutors say courts have determined can constitute deadly force. Burbank then fired his taser into Ellis’s chest while Collins continued to keep Ellis in the restraint, according to prosecutors.

At this point, prosecutors say Burbank and Collins made their first radio communication, and the radio dispatcher reported the officers “are experiencing ‘unknown trouble.’”

About a minute later, Ellis was heard on home security camera footage saying, “Can’t breathe, sir. Can’t breathe,” according to documents. He was heard repeating that phrase several times over the next few minutes.

Rankine, who was the first backup officer to arrive, applied pressure to Ellis's back and held him in place while Ellis was "hogtied" with a hobble, according to documents.

Additional officers arrived on scene shortly after, and dispatch asked the officers if they needed medical aid. When the fire department arrived about nine minutes later, Ellis was “unconscious and unresponsive,” according to documents.

At least six law enforcement officers have been identified as having participated in restraining Ellis, and at least four of those officers were placed on administrative leave pending the outcome of the investigation.

RELATED: Family of Manuel Ellis calls for charges after his death in Tacoma police custody

The Pierce County Medical Examiner ruled Ellis's death a homicide, but according to the full autopsy report obtained by KING 5, Ellis also had a fatal amount of methamphetamine in his system.

The report said he died from a lack of oxygen from physical restraint, positioning, and a spit mask placement over his face. But the report also added, "It is unlikely that this death would have occurred due to physical restraint alone, without the contributing conditions. An argument could be made that the extremely high methamphetamine concentration should be considered the primary factor."

Last June, Gov. Jay Inslee called for a new and independent investigation into Ellis's death after a Pierce County investigation discovered that a Pierce County Sheriff's deputy was at the scene when Ellis was killed. Inslee said the county prosecutor believed she had "an irreconcilable conflict" that would prevent her office from taking the case.

Washington State Patrol took over the investigation and referred the case in November to the attorney general's office, which makes the charging decision.

According to the AG’s Office, Ferguson assembled a multidisciplinary team to assist with reviewing the investigation and any charging decisions. The AG’s Office said it interviewed new witnesses and also identified and examined additional forensic evidence in the case.

Inslee called the charging decision "the first step in our system of justice."

“We must remain proactive – from those of us in elected office to those providing services in our communities – to turn the tide of injustice," Inslee said in a statement. "Dr. Martin Luther King, Jr. said, ‘the moral arc of the universe bends toward justice,’ and it takes all of us to usher it into existence."

The Tacoma Police Union spoke out against the charges, saying that the officers broke no laws and acted in accordance with police department policy.

"We are disappointed that facts were ignored in favor of what appears to be a politically motivated witch hunt," the union said in a statement. "We look forward to trial."

The City of Tacoma will begin an internal administrative review of the officers' actions and determine disciplinary actions, policy or training changes that may occur based on the findings, Tacoma Interim Police Chief Mike Ake and Tacoma City Manager Elizabeth Pauli announced in a press conference Thursday. The investigation will include determining the "departmental status" of all five officers involved in the incident.

"We realize we must reduce outcomes that cause pain and diminish trust within our community," Ake said. "We are committed to upholding accountability of individual officers who violate their oath to protect and serve."