Tacoma fire officials say a child died in a house fire in the 2000 block of East Columbia Avenue on Wednesday. The cause of the fire is unknown. 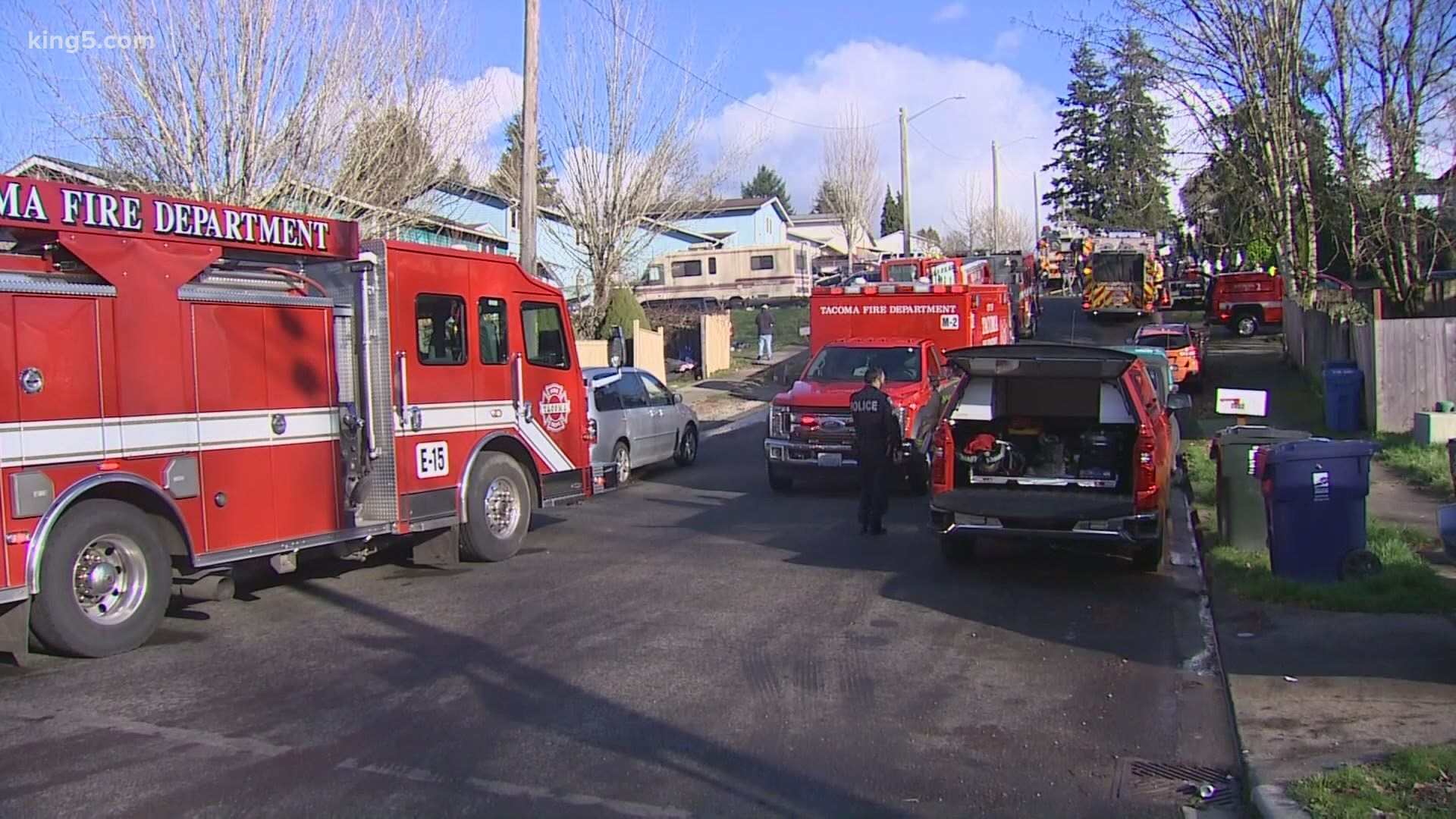 TACOMA, Wash. — A young boy died in a house fire in the Tacoma area Wednesday afternoon, according to fire officials.

The fire started in a home in the 2000 block of East Columbia Avenue near Tacoma shortly before 2 p.m.

The Tacoma Fire Department tweeted that smoke and flames were showing from the second floor of the structure when they arrived. Crews quickly started attacking the fire and searching the structure.

A young boy was found dead, officials said. His age has not been released.

People from around the neighborhood gathered to help comfort the child's family. His father spoke to KING 5, saying his son had a "heart of gold."

"No matter who it was, he had a heart of gold, he really did," said Gale Hendricks, the boy's father. "He loves people, strangers or not, man, he loves you, he was a good kid."

The cause of the fire is unknown at this time. The Puyallup Tribal Police will be handline the death investigation, officials said.

Firefighters are arriving on the scene of a residential fire in the 2000 blk of E. Columbia Avenue. Smoke is showing from the second floor and crews are attacking the fire and searching the structure.