Construction started on an emergency micro shelter on Thursday. The city says the plan is for people to start living there by December 19. 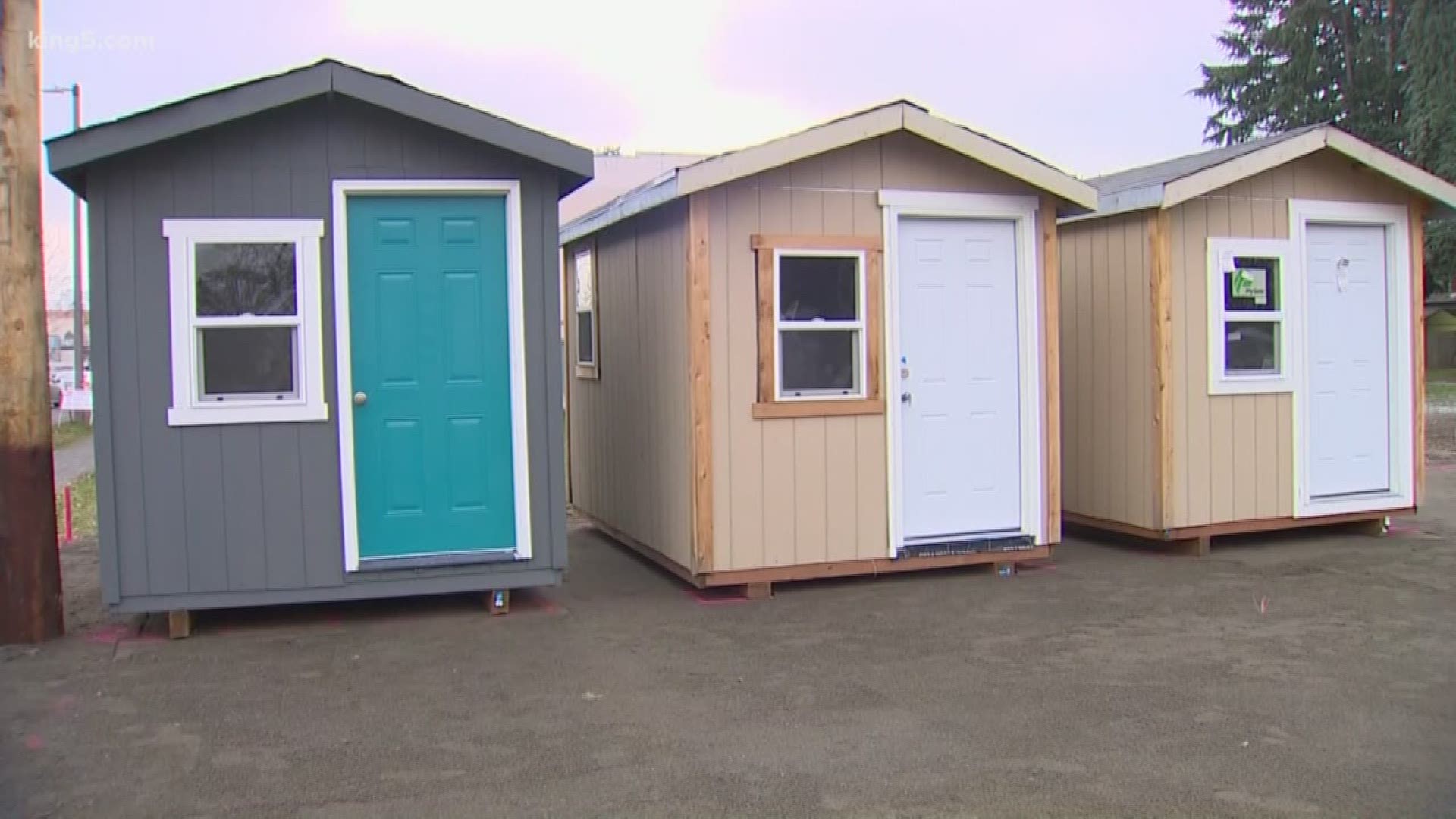 TACOMA, Wash. — The city of Tacoma is beginning to build a tiny homes community to help get their most vulnerable population off the streets as the weather gets colder.

A recent count revealed that 85 people are living in People's Park. However, the tiny homes community will only house 35 people.

The emergency microshelter is being built near 8th Street and Martin Luther King Jr. Way. The goal is for people to start living there by December 19 in tiny homes with locking doors, heat, and electricity.

The new site is being built as a temporary response to all of the tents that have gone up in People's Park.

Melissa Cheesman walks by the park with her young boys on a regular basis.

"It's hard out there. It's hard for both my husband and I. I'm a stay-at-home mom, and if it weren't for the grace of whomever... that, you know, we aren't living in a tent ourselves sometimes," Cheesman said.

Ronald Rucker, who has had a home in the Hilltop neighborhood for 13 years, said People's Park is out of hand.

"I think it is horrible that it has come to this," Rucker said.

RELATED: Homeless concerned new Tacoma microshelter will leave many out in the cold

On Thursday afternoon, he welcomed the sounds of saws and the sight of bulldozers in the empty lot a block away from the park.

"I think it is overdue," said Rucker as he watched the microshelter being built.

But the addition of tiny homes is not making everyone happy. Onica Taylor owns the Acupuncture Clinic of Tacoma, located across the street, and she said it all happened very fast.

"They dropped this on the Friday before the council approved $388,000 to put this up. It's supposed to be temporary. That's a lot of money for a quick (up) and down," Taylor said.

She said her business has been struggling because of another construction project near her front door.

"We are already losing 20 percent of our business to light rail construction and having it very difficult for people to get to us. We are not the only acupuncturist around. The other piece, we do have people who this (referring to the micro shelter) is not in their comfort zone," Taylor said.

At city hall, Allyson Griffith with the Neighborhood Enhancement Team, said it is an exciting day for the city.

"Having an opportunity to have folks get into a place where they can be warm, where they can stabilize themselves, and where they have access to resources is really important," said Griffith.

At the emergency micro shelter, there will be a gate, 24/7 staffing, and security cameras. There is also a code of conduct that limits visiting hours. There will be a shared food prep area and restrooms on-site.

The site is a low-barrier for entry site meaning residents may be experiencing substance-use disorders. Services will be available to help people needing assistance, but no alcohol or drugs may be used in public spaces on site.

The city plans to use the lot for eight months with the goal of moving people from the site into permanent housing.

RELATED: Volunteers feed the homeless in Tacoma ahead of scheduled tent ban