Speakers talked about several issues including a lack of diversity in hiring at schools and policies that impact black students disproportionately. 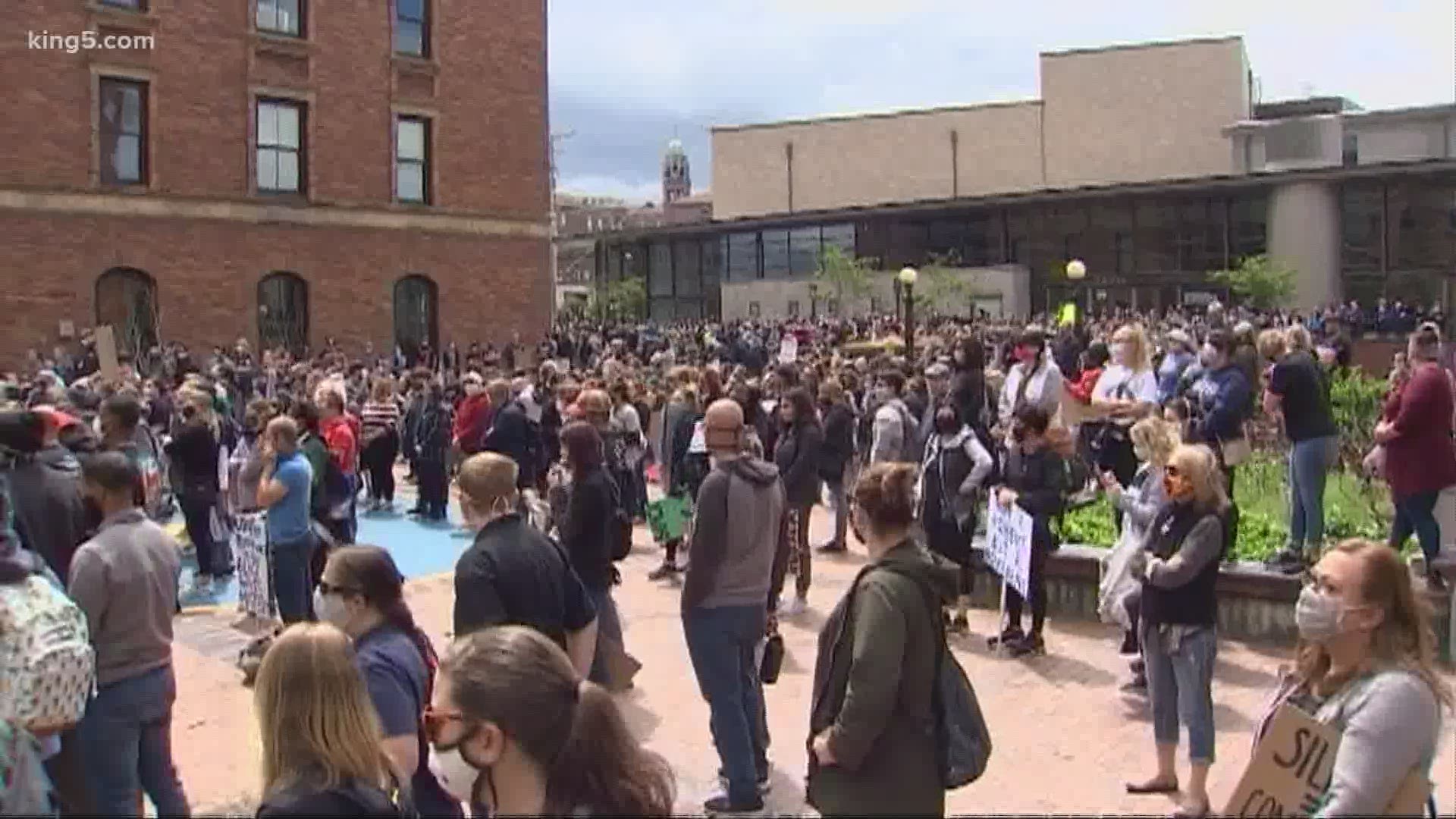 “Black history is American history and it should be in our curriculum and be taught as such,” Deputy Mayor Keith Blocker told the crowd.

Blocker said he had recently talked with Congressman Derek Kilmer about the topic and believes police reform is another part of fixing the situation.

“We have created policies and procedures that allow police officers to dehumanize people, we hogtie people, we muzzle people,” he explained.

The speakers for the event included teachers and education leaders who told the crowd the education system hasn't done enough to help students of color. “If there's something going wrong; speak up, don't be afraid to have the faith to stand up," said one speaker.

Speakers talked about several issues including a lack of diversity in hiring at schools and policies that impact black students disproportionately.

RELATED: Wives of Seattle Seahawks lead march across I-90 for racial justice

The group left the school and marched through Tacoma to Wright Park. Congressman Derek Kilmer was among those walking and said he expects members of Congress to vote on a police reform package this month.

“Improving training, trying to drive greater accountability, banning the use of chokeholds and the transfer of equipment that was made for military action, and not peaceful protestors in our community," said Kilmer.

Kilmer said he's also proposed a law to require Black History to be taught as part of every school's basic curriculum.

While they wait for broader change, protestor Whitney Scott said there is plenty people can do to educate themselves.

“Educate yourself, talk to people that don't think the same as you do so you can learn something," she explained.