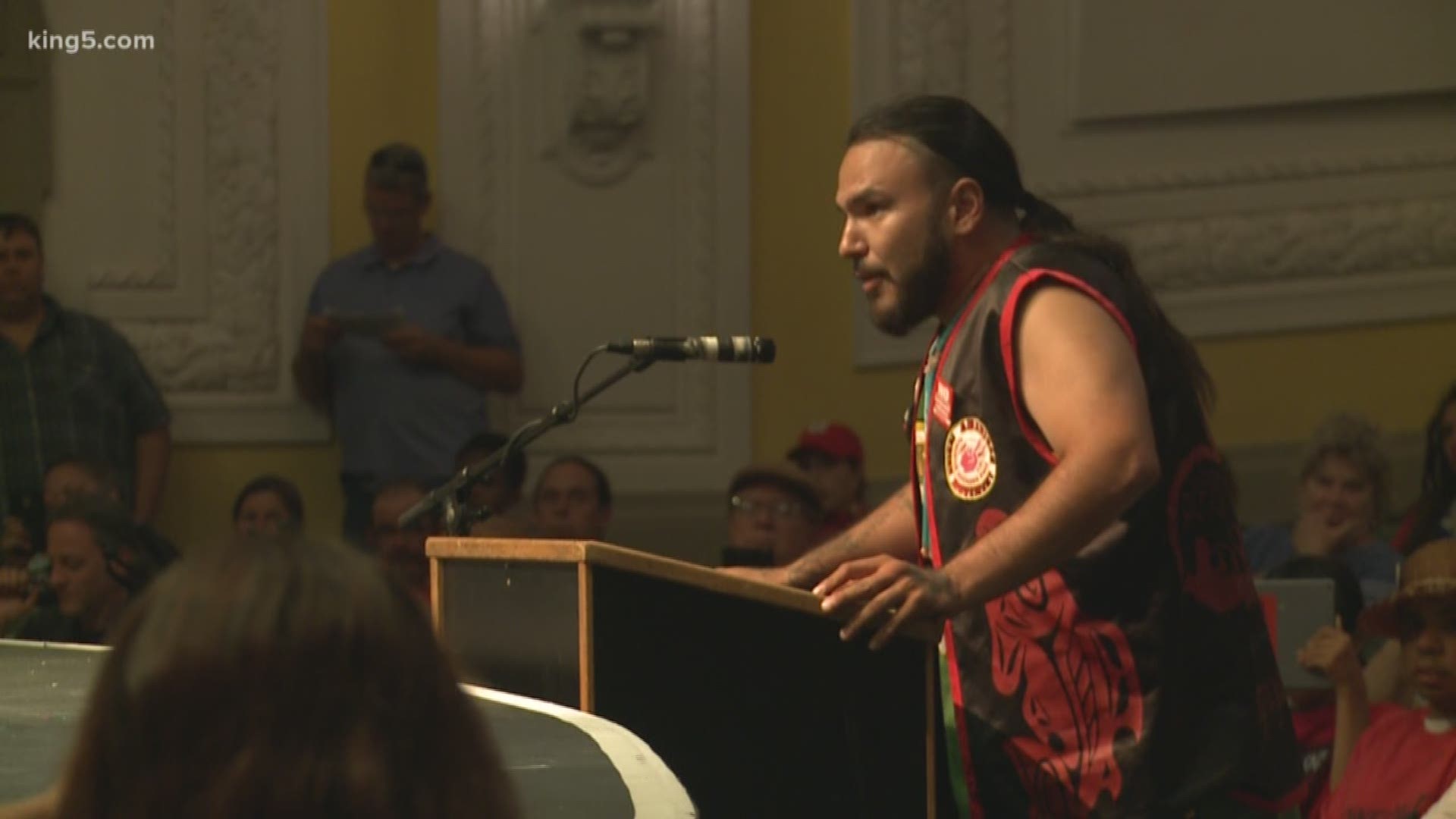 Editor's note: The above video originally aired in August 2019.

The permit culminates a years-long battle over the controversial plant. Puget Sound Energy, which will build the facility, has said the $300 million plant will help control greenhouse gas emissions by providing cleaner fuel alternatives, and supporters say it will bring jobs to the region. However, opponents of the project claim the climate impacts of natural gas extraction would be damaging.

PSCAA Executive Director Craig Kenworthy acknowledged in a memo the agency received concerns about climate change and greenhouse gas emissions, but said the plant meets standards set by the law.

“While the Agency agrees that addressing climate change is an urgent issue, as a regulatory agency, that urgency does not allow us to ignore our obligations to follow the law in making this particular determination,” Kenworthy wrote in a memo.

However, Kenworthy stressed there will be certain conditions imposed on the plant, including a requirement that the natural gas to be from Canada to keep the operations consistent with the reviewed analysis. The review found emissions would be higher if the natural gas came from elsewhere.

The plant must also comply with emission limits set through the review.

The Tacoma plant would receive natural gas and chill it to produce between 250,000 and 500,000 gallons of LNG daily. It would also store up to 8 million gallons of LNG on site before it's distributed for use.

The decision to issue the permit may be appealed to the Washington State Pollution Control Hearings Board within 30 days.