The city plans to open an emergency microshelter that will house 35 people by mid-December, but critics say the shelter will not help 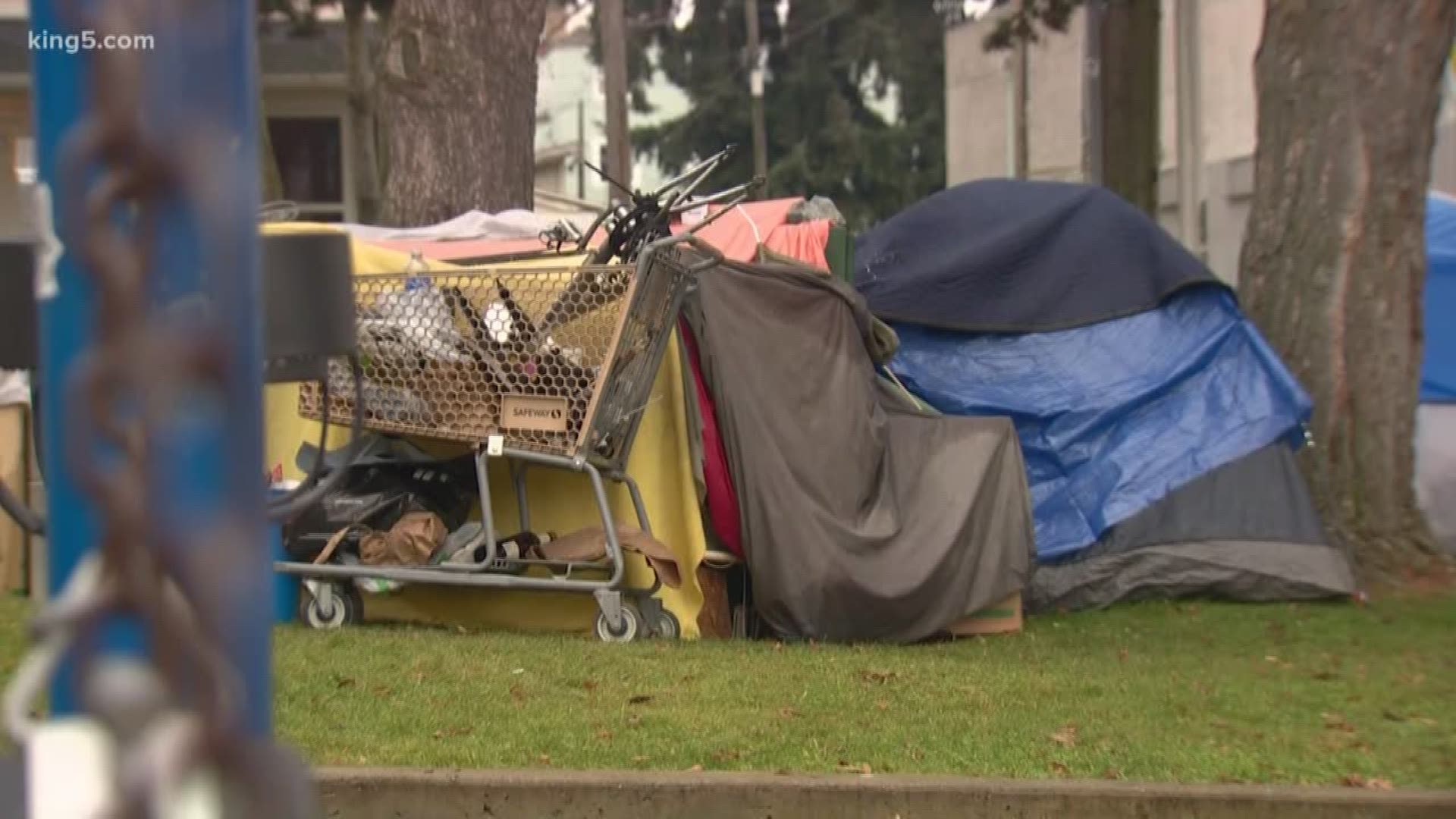 TACOMA, Wash — One day before the city of Tacoma planned to begin setting up an emergency microshelter for the homeless on an empty lot on Martin Luther King Jr. Way, 25-year-old Cheyenne Mello surveyed the park across from the shelter site.

Mello said he has been living in a tent in People’s Park on and off for the last year. He has watched the number of tents sprawl, from a small cluster to a small city. He said it happened suddenly.

“Boom! There was a lot more tents from all around,” he said, pointing to a network of tents on the park’s perimeter.

Mello said the increase has been particularly apparent in the days since the city approved the emergency microshelter. As work crews level the ground on the microshelter site and raise power poles, more people are flocking to the park, even though the shelter will only accommodate 35 people. Mello counted 57 tents in the park.

“There’s about three people to a tent, probably about 200 people, if I did my math right,” he said. “We all just kind of stick together like a big family.”

Allyson Griffith, who belongs to the city of Tacoma’s Neighborhood Enhancement Team, said city workers are engaged in “encampment outreach,” at People’s Park, collecting information about the homeless population and working to connect them with housing.

“Resources will first be offered to people at People’s Park,” said Griffith

She said resources include beds in the microshelter, in nearby churches, at permanent shelters, or at a “stability site” in Tacoma’s Dome district.

Griffith said that the most recent point-in-time survey of the homeless found a need for 400 shelter beds, far more than the city currently has available.

“We certainly still need additional shelter capacity to meet the needs of our unsheltered community,” she acknowledged.

Mello said he has seen city workers in the park gathering information. He said he added his name to a list for those interested in housing. He hopes to be one of the lucky few who will live at the microshelter.

“I’m not gonna hold my breath. We’ll find somewhere else. We’ve got each other," he added.

RELATED: Volunteers feed the homeless in Tacoma ahead of tent ban