Apartment buildings in Tacoma and West Seattle caught fire this weekend because of fireworks, officials said. In Tacoma, at least three people were hurt. 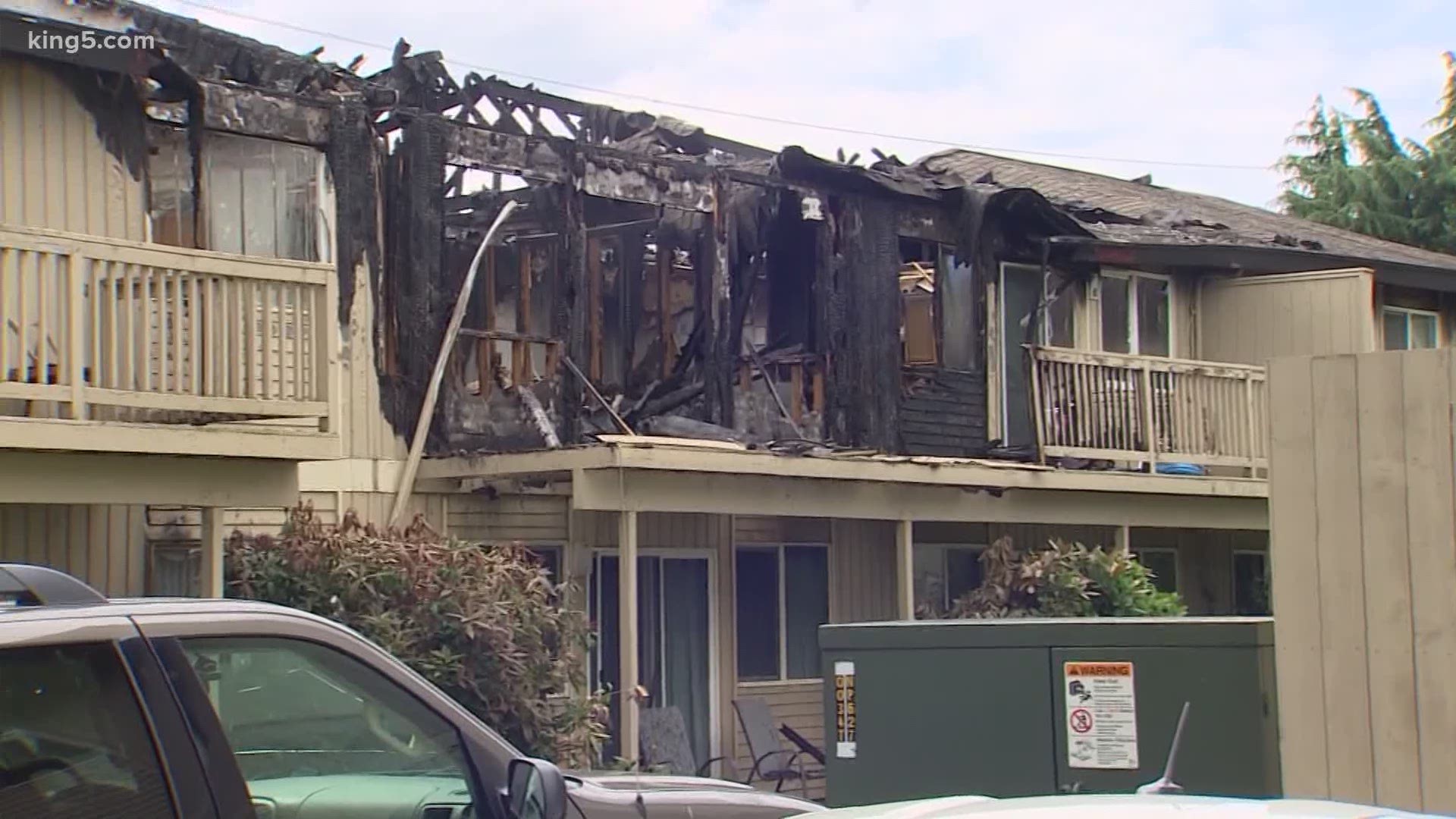 TACOMA, Wash — With professional firework displays in Seattle, Tacoma, Bellevue and other cities canceled, you would think this July Fourth holiday would have been a little quieter, but it was quite the opposite.

People in neighborhoods across western Washington lit off their own fireworks, in some areas for hours, and some of the homemade shows caused some serious damage.

At least three people were injured in an early-morning apartment fire in Tacoma, according to the fire department.

A large fire broke out at the Pacific Pointe Apartment Homes on South 84th Street around 1:20 a.m. on Sunday, damaging at least 12 units.

The Tacoma Fire Department said embers from recently used fireworks ignited cardboard and paper fireworks debris that had been cleaned up by the occupants, placed in large garbage bags, and set outside their apartment door for later disposal.

When fire crews arrived on scene, one unit was completely engulfed in flames.

The three people injured were taken to the hospital for treatment and their injuries were not believed to be life-threatening, according to fire officials. Several families lost everything and multiple cars were also damaged.

This was the second reported apartment fire caused by fireworks in 24 hours.

A fire that started in brush quickly spread to an apartment building in West Seattle Saturday evening. The fire was caused by fireworks, according to the Seattle Fire Department.

No one was injured in that fire, but officials estimated damages at $100,000.

Personal fireworks use is banned in the city of Tacoma. Those who are caught are subject to a $257 fine and the confiscation of their fireworks. 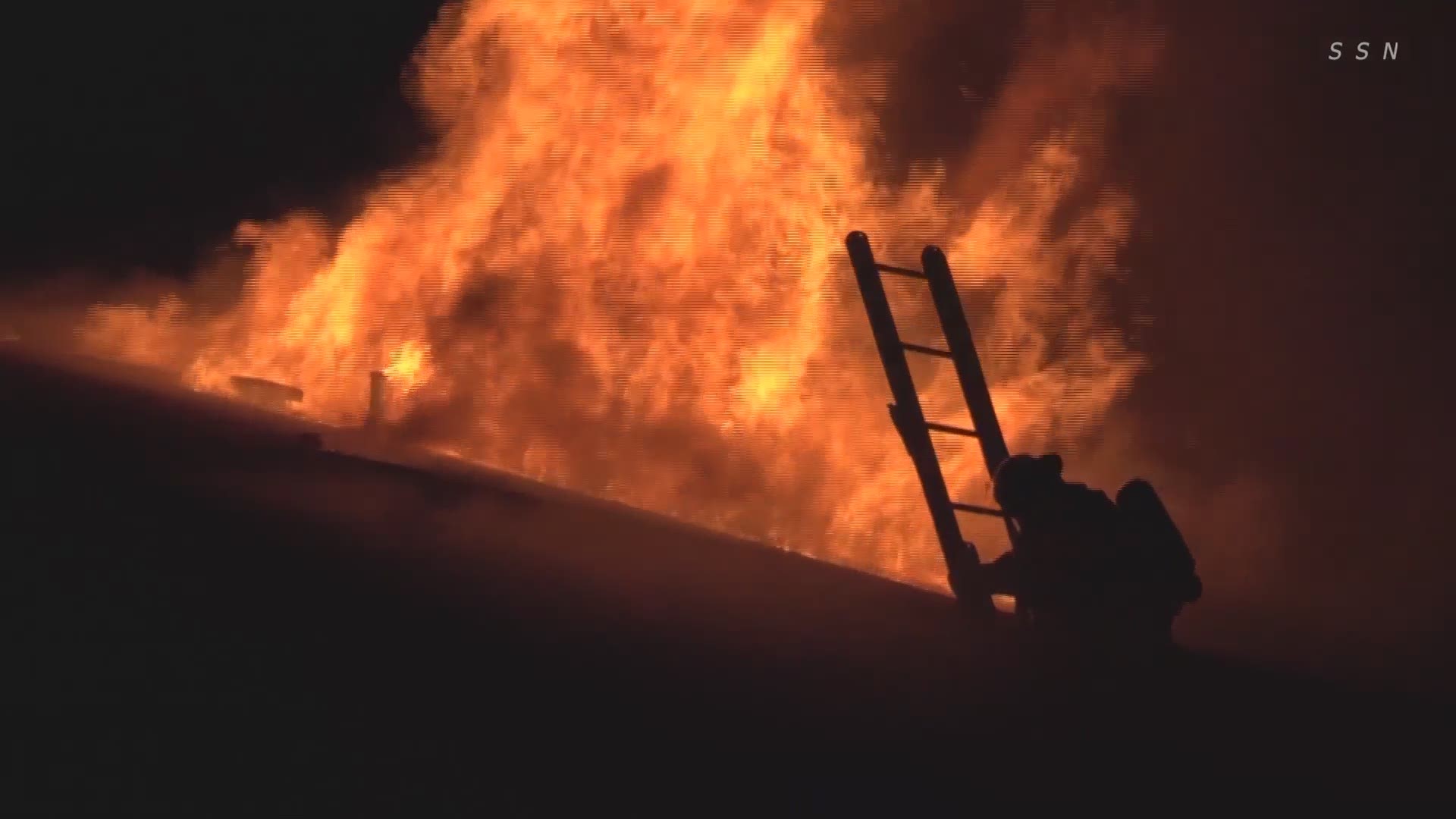 The Seattle Fire Department also reported a busy night Saturday responding to brush fires around the city. In Snohomish County, Edmonds police said there were so many 911 calls, people had to wait on hold at times.

Many departments tweeted warnings reminding people that fireworks are illegal in many areas, but it didn't seem to slow down those determined to shoot off their own fireworks.