Pandemic takes toll on Tacoma businesses, but some still hopeful to rebound

Similar to Seattle, many businesses in Tacoma have had to close for good due to the pandemic, but some businesses and city leaders remain optimistic for a rebound. 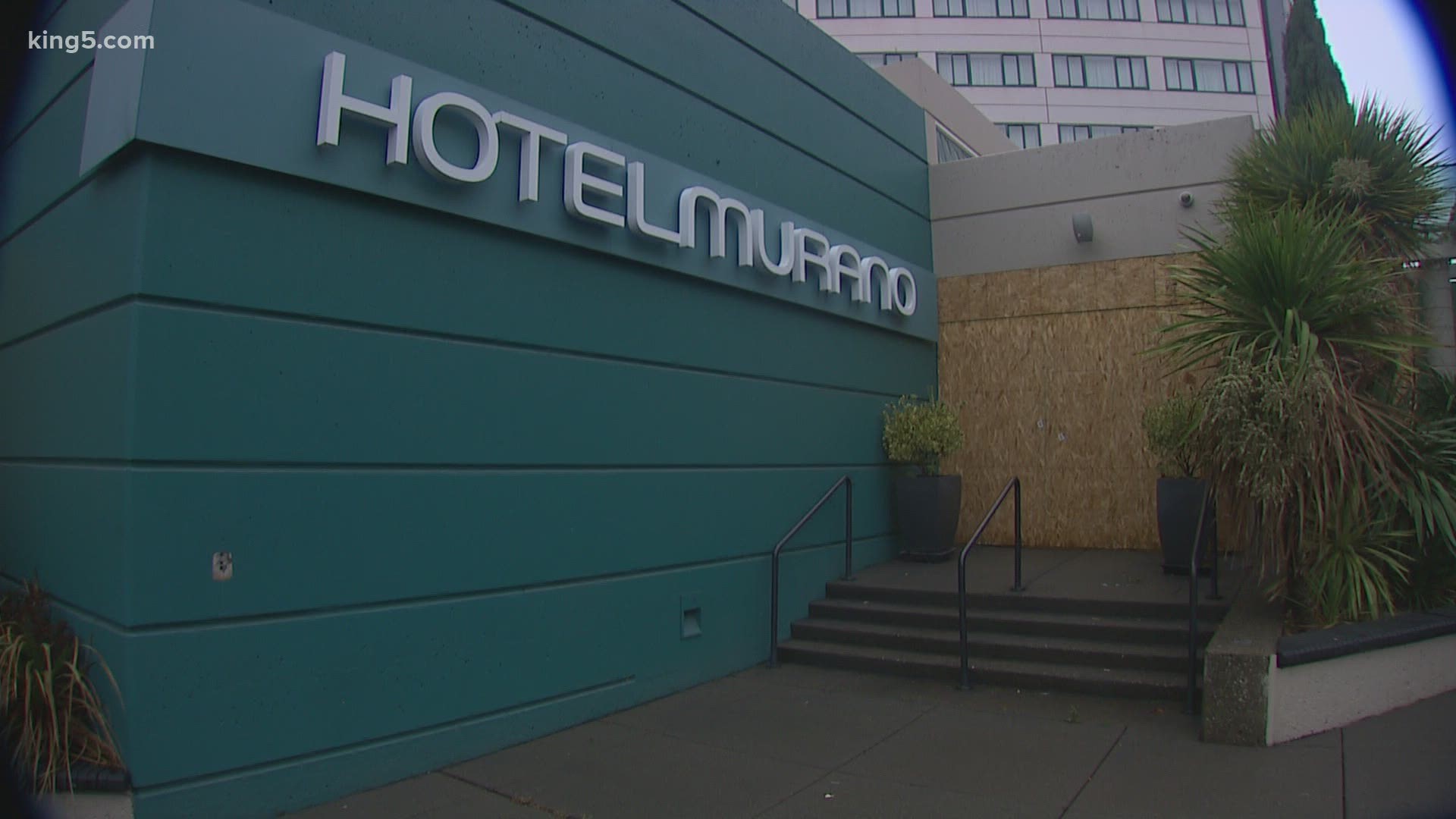 TACOMA, Wash — Several long standing Tacoma businesses and the city's tallest hotel have shut their doors in recent days, prompting uneasiness in the City of Destiny.

The 319-room Hotel Murano is boarded up, a victim of the lack of events at the Convention Center, Tacoma Dome, and Cheney Stadium. Owners have told local officials it will be closed through at least January.

Just down the street, the University of Washington Tacoma campus is quiet, and The Swiss, a long standing city bar and live music venue, has shut down permanently. That followed similar announcements from the Pacific Grill, and C.I. Shenanigans.

Tacoma's Chamber acknowledged concern about the recent spat of closures.

"(The Murano) were really relying on those luxury travelers and the event users as well, with events closed up for the time being, who knows how long it's going to be," said David Schroedel, who serves as the vice president of the Tacoma-Pierce County Chamber and executive director of the Downtown Tacoma Partnership. However, he also sees positive signs around the city.

Schroedel claimed the city's budget shortfall will not be as bad as previously thought, and specifically cited sales tax revenues and rising property values as reasons.

Schroedel said he believes the Hotel Murano is already planning for a spring reopening, and that plans for a new Tacoma Flatstick Pub and redevelopment of the old City Hall are still on track. The relatively new McMenamins Elks Temple was welcoming brisk business on Friday.

"So far it hasn't been terrible for us, we definitely had to change a lot," said Ken Thoburn, who owns a craft cocktail and comfort food spot called "Little Radio" on Pacific Avenue. He opened the place in July, in the middle of the pandemic, because Thoburn said he has confidence in the rebound.

"Downtown Tacoma is getting better every day, there have been some unfortunate casualties," he said, adding, "We're not going down without a fight, so we're gonna be here and provide our guests with a really good experience."

Tacoma's mayor is expected to reveal her budget proposal, with millions of dollars in cuts, the week of Oct. 6.