Upset customers testified during the Tacoma Public Utilities Board Meeting, saying they wanted more input on the process. 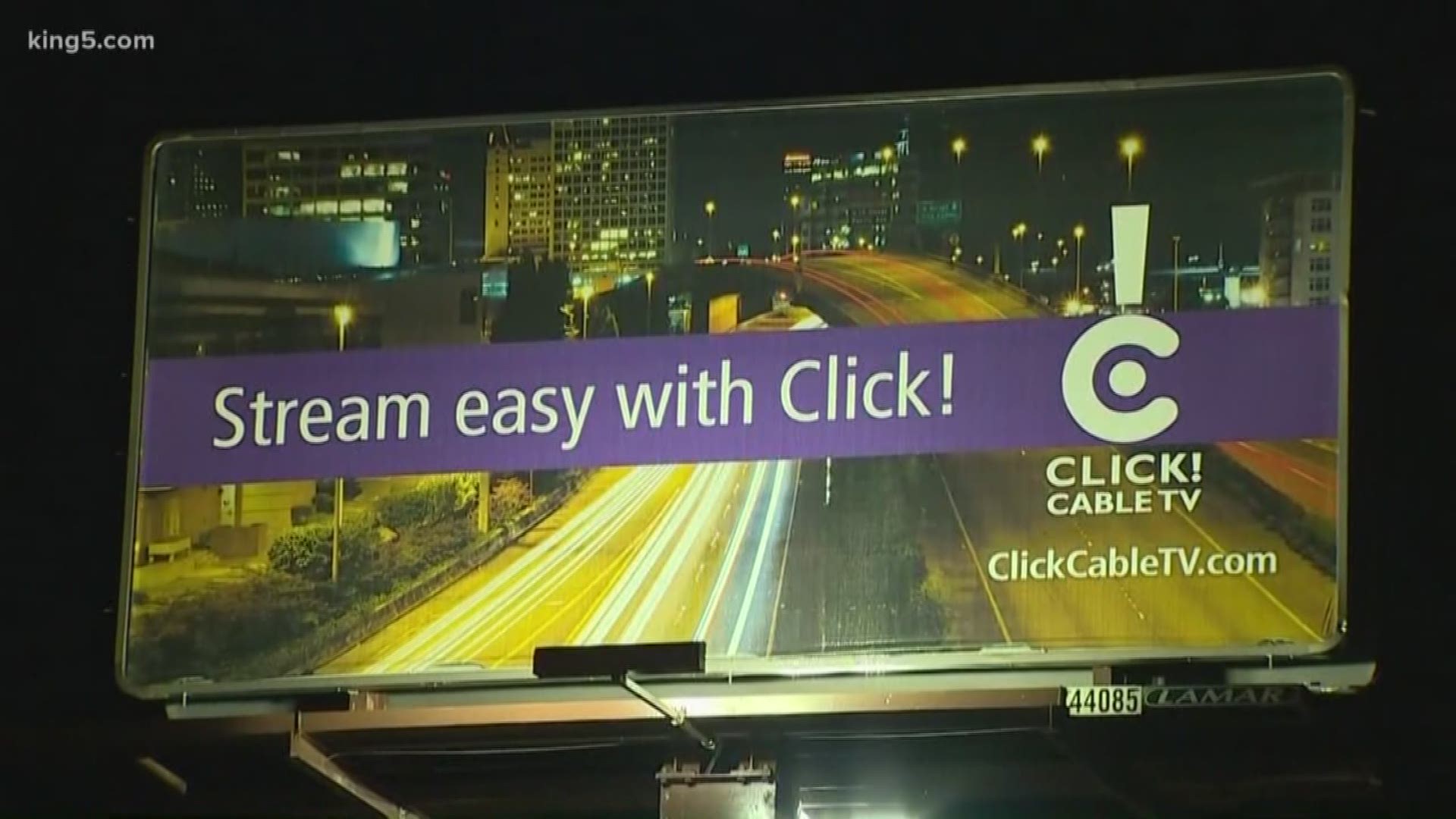 The board also declared the infrastructure used to run it as surplus.

"We have been operating at a loss for a number of years, this past year we did substantial budget cuts that are not sustainable,"  said Jackie Flowers, TPU director of utilities.

She said that for the past ten years, Click! has been operating at a loss. The coaxial cables are 21-years-old and are outdated. She said the utility is not making enough to be able to make necessary upgrades.

"Many people are cutting their cable, they're not using cable like they were in the 90s. Ultimately for us, we realize it was not a sustainable path forward, " Flowers said.

In a press release, TPU said that they found Rainier Connect, a South Puget Sound phone, cable, and internet provider, through a competitive process. Using 12 policy goals, such as public ownership of assets and financial stability, they said the private company fits their vision.

For the half dozen people who testified at Wednesday's meeting, they disagreed with the private-public partnership and surplus declaration as being in the public's best interest.

"If something is surplus, you're not using it anymore, so it's obvious you don't take it from the public treasury and give it to a private company," said Mitchell Shook, CEO of Advanced Stream.

The main issues against the partnership are the use of the word surplus to categorize a working infrastructure, the fact that the public did not have a say in the decision, and the unknown impact on rates.

"It's going to be us the citizens, who are being affected, you might be financially secure with your deal, but it's us the citizen who will be left alone," testified Jose Chavez.

The deal approved is like a lease agreement -- TPU will still own the physical cables, but Rainier Connect will operate cable and broadband services, including setting rates.

Under the proposed agreement, Rainier Connect will pay TPU $2.5 million the first year, and then grow annually to $3 million in the 5th year. The agreement would be good for 20 years.

"We are committed to the success of the network," said Flowers.

The final step for approval is bringing the proposed agreement before the Tacoma City Council on Tuesday, Nov. 5.