The proposed stadium for professional soccer would seat 5,000 and cost $60 million. 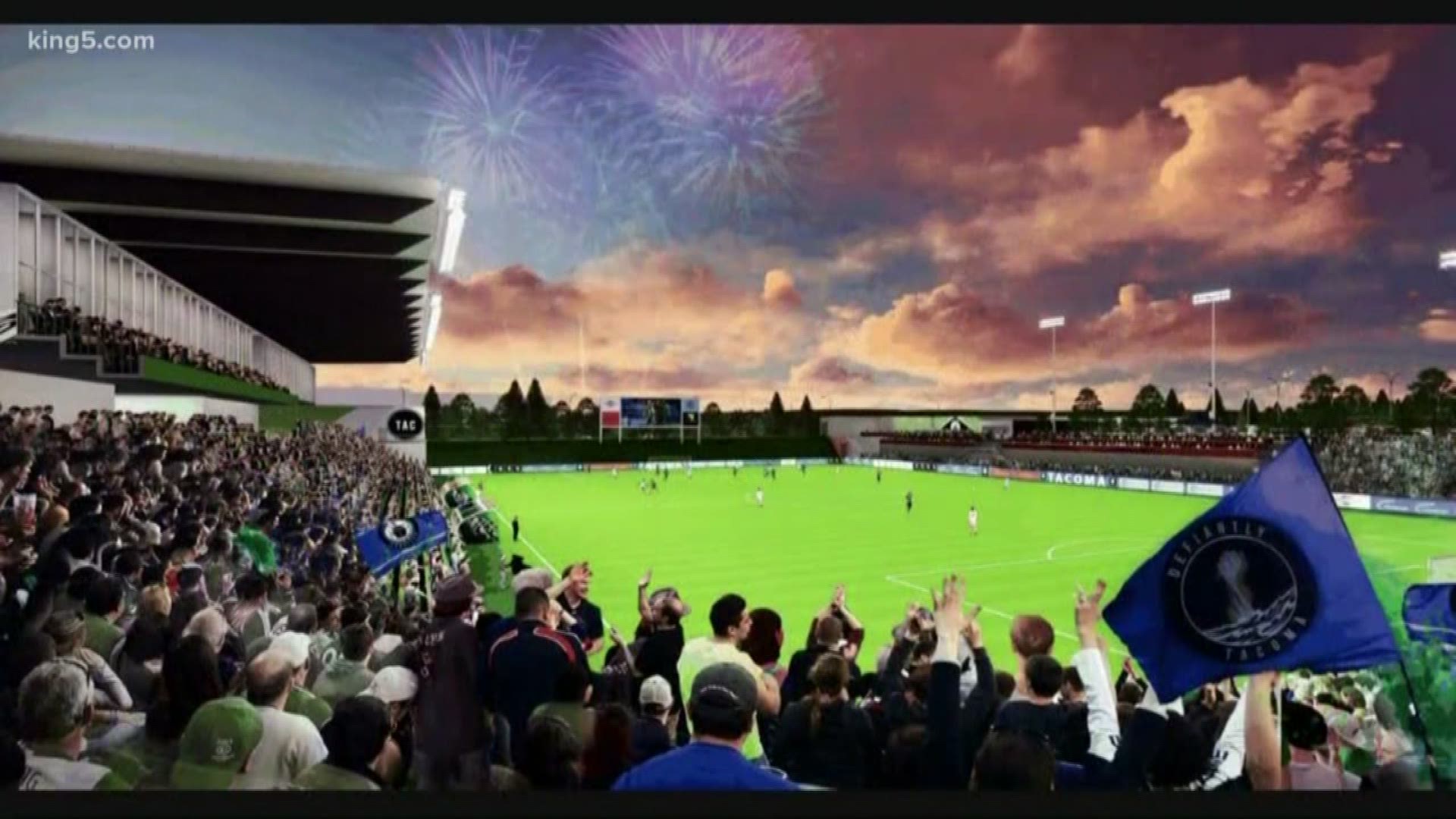 They approved a non-binding Letter of Intent for the project.

The Letter of Intent outlines possible funding sources for the $60 million stadium.

Chris Henderson, Vice President of Soccer for the Seattle Sounders said the stadium would be good for Tacoma.

“I think it’s a great opportunity for the community and the people in Tacoma,” he said. “For me it’s a no-brainer,” Henderson said.

"I'm excited for the opportunity to bring a soccer stadium to Tacoma. I look forward to hearing from our community about their thoughts on what this means for Tacoma," said Tacoma Mayor Victoria Woodards over the phone. Woodards has been supportive of the proposed stadium.

Metro Parks Commissioner Aaron Pointer said he already knows what the stadium will mean for Tacoma, saying he doesn't see "really any benefits at all."

He said the amount of money that TSCOT is requesting in public funds would make the stadium a financial risk.

“Money from the city would come from their reserve fund, which could affect their bond rating,” said Pointer. “[That] could mean millions of dollars they would have to pay in interest for any future loans that they might need to get.”

Pointer said there are additional questions about where the remainder of the funds would come from. TSCOT has pledged $18.5 million in funding and hopes to pay for the rest of the project with New Markets Tax Credits.

“I just think that right now there’s more important things for Metro Parks and the city of Tacoma to do with that money rather than build a soccer stadium with so many question marks around them,” said Pointer.

Pointer and the rest of the Metro Parks board are expected to vote separately on the letter of intent on Monday, March 9.

TSCOT has proposed the completion of the stadium by 2022.