"We spend most of our time here. Most of my life is here. Now it is gone," one of the owners said. 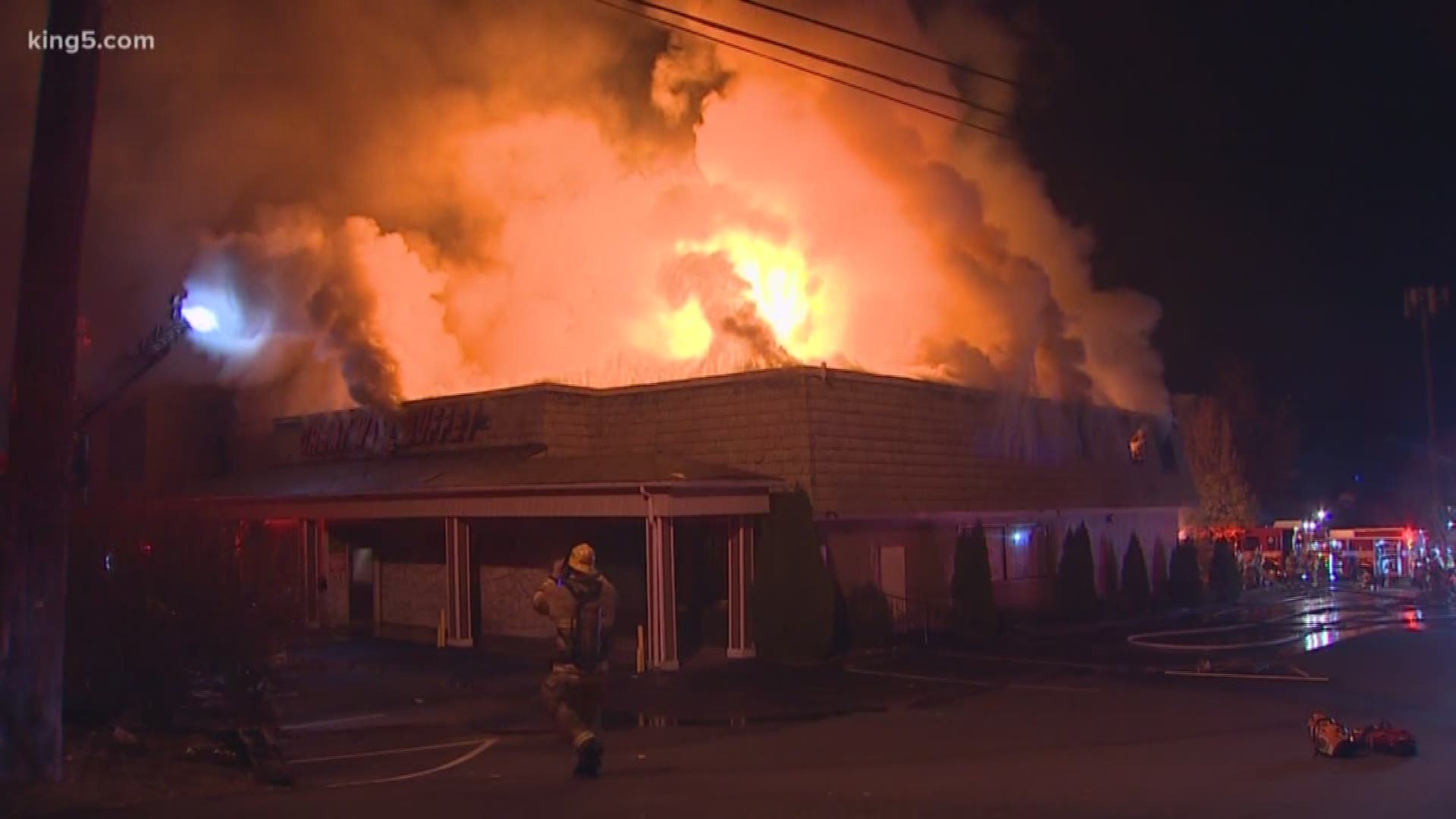 Firefighters were called to Great Wall Buffet, located in the 8200 block of South Hosmer Street, just after 11 p.m.

Flames were shooting high into the sky and ripped through the restaurant.

Firefighters went into the building, but Battalion Chief Dave McRoberts said flames spread all the way into the attic, creating a dangerous situation for firefighters.

"It looked like some of the HVAC on the roof were starting to lean potentially, and that roof was no longer stable so we pulled our people out. Shortly after that, the roof collapsed," said McRoberts.

Tacoma fire said it appears that fire started outside the building in the back of the restaurant near the ground.

An arson investigator is handling this case.

No one was hurt in the fire, but the building appears to be a total loss.

Nicholas Walker, an owner of the restaurant, said Great Wall Buffet felt like a second home to him for the last 10 years.

"We spend most of our time here. Most of my life is here. Now it is gone," said Walker.

Savana Cloud lives and works near the restaurant and has been a loyal customer.

"You know, they are good people. It is sad that it happened to them," she said.

"Everybody is asking me what we are going to do. I say wait a minute. We will see what happens later because I have to figure out so many things," said Walker.