A 33-year-old man has been charged in the Lake City shooting rampage that left two people dead, two people wounded and several others in the line of fire. 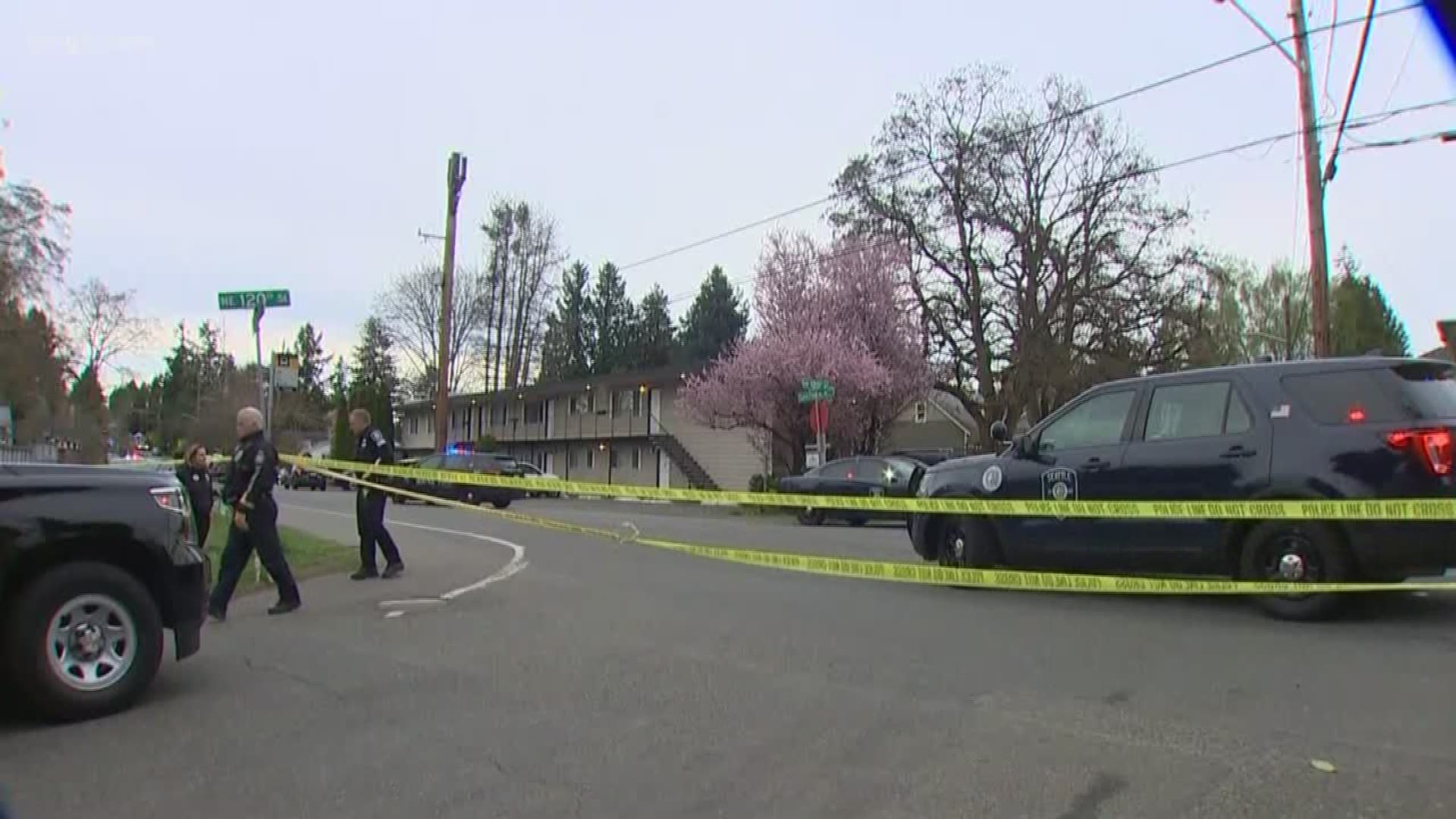 The suspect from a shooting rampage in Seattle's Lake City neighborhood has been charged in Wednesday's deadly attack. 33-year-old Tad Michael Norman is charged with three counts of attempted murder in the first degree and two counts of first degree murder.

Two men were killed after a carjacking, shooting and car crash in North Seattle Wednesday afternoon. Two other people were shot and injured. Police said at least one other woman was shot at while driving.

The rampage began after Norman walked out of an apartment near Sand Point Way around 4 p.m. Wednesday and tried to carjack a vehicle. Police said he shot a 56-year-old female driver, identified at Deborah Judd, a second grade teacher in Seattle.

Judd survived the shooting and shared this message from her hospital bed to let her students know she's going to be okay.

Police said after Norman shot Judd, he walked into the street and shot into a Metro bus on Sand Point Way. The bus driver on Metro Route 75 was shot in the torso, but managed to turn the bus around and drive away from the gunman. The bus driver, identified as 53-year-old Eric Stark, walked to medics for help and was taken to Harborview Medical Center. Metro said 12 people were on board the bus, but no passengers were hurt.

Stark survived his injuries and spoke from his hospital bed Friday about the shooting attack.

After firing at the bus, Norman approached a red Prius and continued shooting, killing the 76-year-old driver, identified as Robert Hassan.

Police arrived on the scene and tried making contact with the suspect. The suspect climbed into Hassan's Prius and sped away from police.

Norman then crashed into another vehicle, killing the other driver, identified as 76-year-old Richard Lee.

The suspect was taken into custody after a brief standoff with police. The probable cause statement filed by a detective said Norman told investigators that he had been in an alcoholic blackout and didn't remember the shootings.

On Friday, police announced a 5th shooting victim had emerged. The woman told police she witness the suspect assume a "shooter's stance and fire two shots at her." The woman later discovered a bullet had pierced her windshield, but she was not hurt.