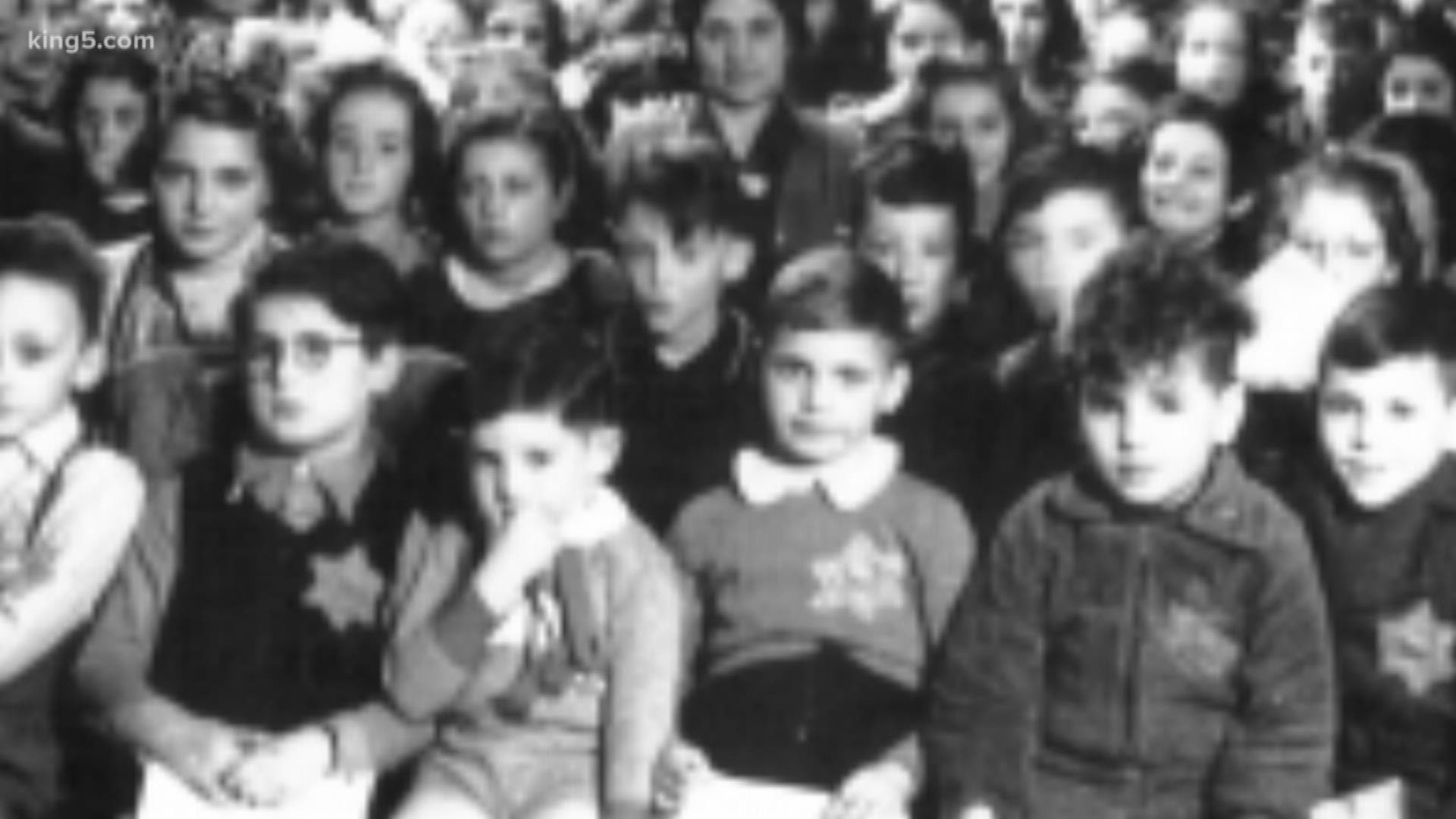 OLYMPIA, Wash. — 83-year-old Peter Metzelaar tells his story with the hope that what happened to him will never happen again.

The Holocaust survivor usually speaks to students. But earlier this year, he testified before lawmakers, encouraging them to pass a bill that “strongly encourages” schools to include lessons on the Holocaust in middle and high schools.

Governor Jay Inslee signed the bill into law in April.

Under the new law, the Holocaust could be made a mandatory part of school curriculum by 2022.

Born in Amsterdam in 1935, Metzelaar lost his father, aunt, uncle and grandparents in World War II after they were all arrested by the Nazis and murdered in the gas chambers of the Auschwitz concentration camp.

Metzelaar and his mother escaped the Nazis by hiding at a rural Dutch farm for two years.

Representing the Holocaust Center for Humanity, Metzelaar tells his story to students in middle and high schools around the country.

“I was there,” Metzelaar told 8th graders at Bremerton’s Mountain View Middle School on Wednesday.

He explained how students, the same age as the 8th graders, were systematically rounded up and murdered by the Nazis.

During a speech that brought some students to tears, he called Auschwitz the “most inhumane piece of hell that man ever created for man.”

Metzelaar hopes his presentation will teach the students that differences should be overcome with tolerance, not violence.

He said it’s a message that is still important.

“You can truly say that it (Holocaust) had to with Germany and the Jewish people,” said Metzelaar. “But you can almost go beyond that in today's setting… what mankind is capable of doing to mankind.”