The citywide Seattle Public Safety Survey, conducted by Seattle University, is an annual measure of how the public feels about safety and policing. 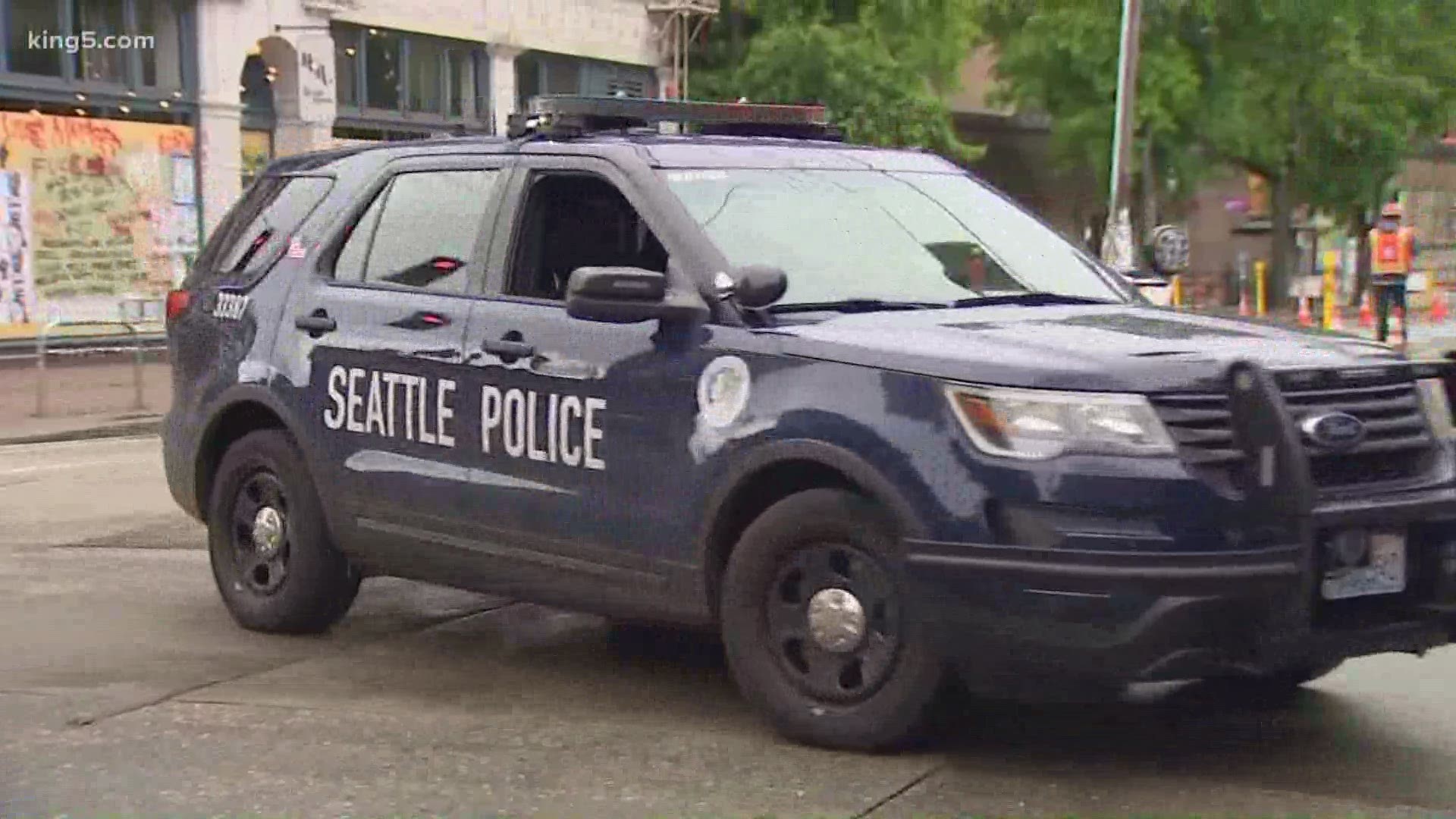 SEATTLE — Police body camera video shows a man trying to set a Seattle Police Department cruiser on fire earlier this week, across the street from Denny Park an area seen as a symbol of the post-defunded times.

As the city council voted to defund Seattle police — with its navigation team as its first casualty — safety is on the minds of many city residents. Seattle University wants to hear your thoughts.

"Seattle is a city of neighborhoods, and no neighborhood is alike in terms of people's perceptions of crime," said Jackie Helfgott, a criminology professor at Seattle University.

For the sixth time, Helfgott is leading the citywide Seattle Public Safety Survey. Her team collects data from Seattle residents online to learn about how people feel about crime in their specific neighborhood.

While the results are provided to the City of Seattle, the anonymous survey is conducted independently of the Seattle Police Department, Helfgott said.

Respondents are asked about what is their main concern when it comes to safety and how much trust they have in SPD officers.

On the survey, participants rank how true statements like "I have confidence in Seattle police officers" are to them.

The information collected can influence how neighborhoods are patrolled or what initiatives to create. For instance, in neighborhoods where respondents were worried about car prowls, SPD began increasing its messaging about preventing vehicle break-ins.

On last year's survey, the biggest concern on the minds of respondents was lack of police capacity.

I asked Helfgott about whether she wishes the city council would have taken the survey's results before voting to defund the department.

"I do believe that the defunding discussion has disregarded the science of criminal justice," she said.

Helfgott said the more voices and the more neighborhoods take part, the better and more accurate the results will be.

"I just would like to encourage everyone who lives and works in Seattle, to make their voice heard in the survey," she said.