Surveillance footage from inside Walmart in Tumwater shows a carjacking suspect shoot at a case containing ammo, grab an item, and then run out to the parking lot. 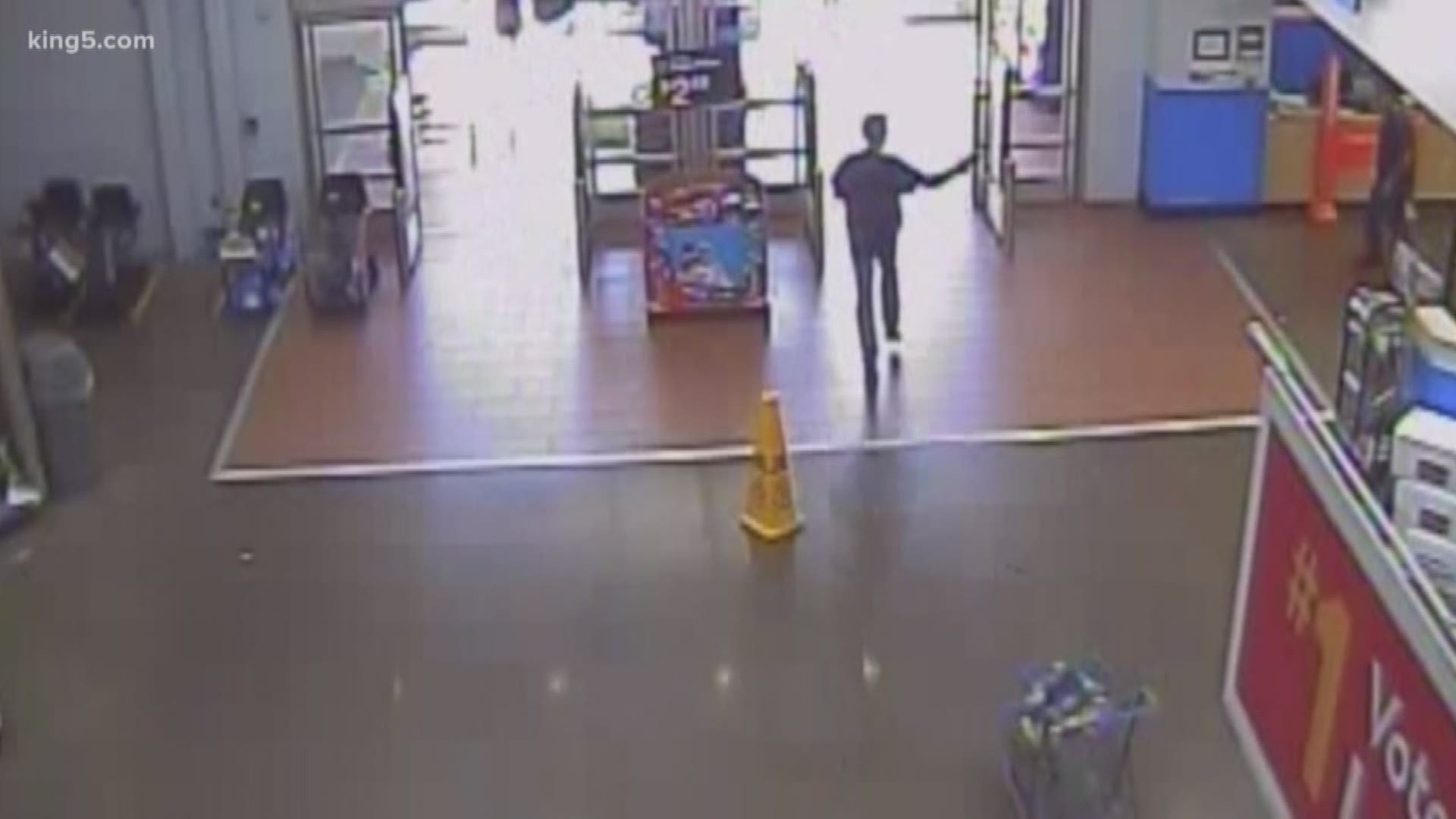 TUMWATER, Wash. — Tim Day stopped in the middle of his violent shooting spree in June to visit the Tumwater Walmart.

Minutes later Day was shot and killed in the parking lot by armed customer David George.

Police said Day had been responsible for several carjackings on June 17.

Before he was killed, Day shot two people, Danner Barton and Ricky Fievez. Barton, 16, was hit in the thumb after Day fired through Barton’s front windshield. 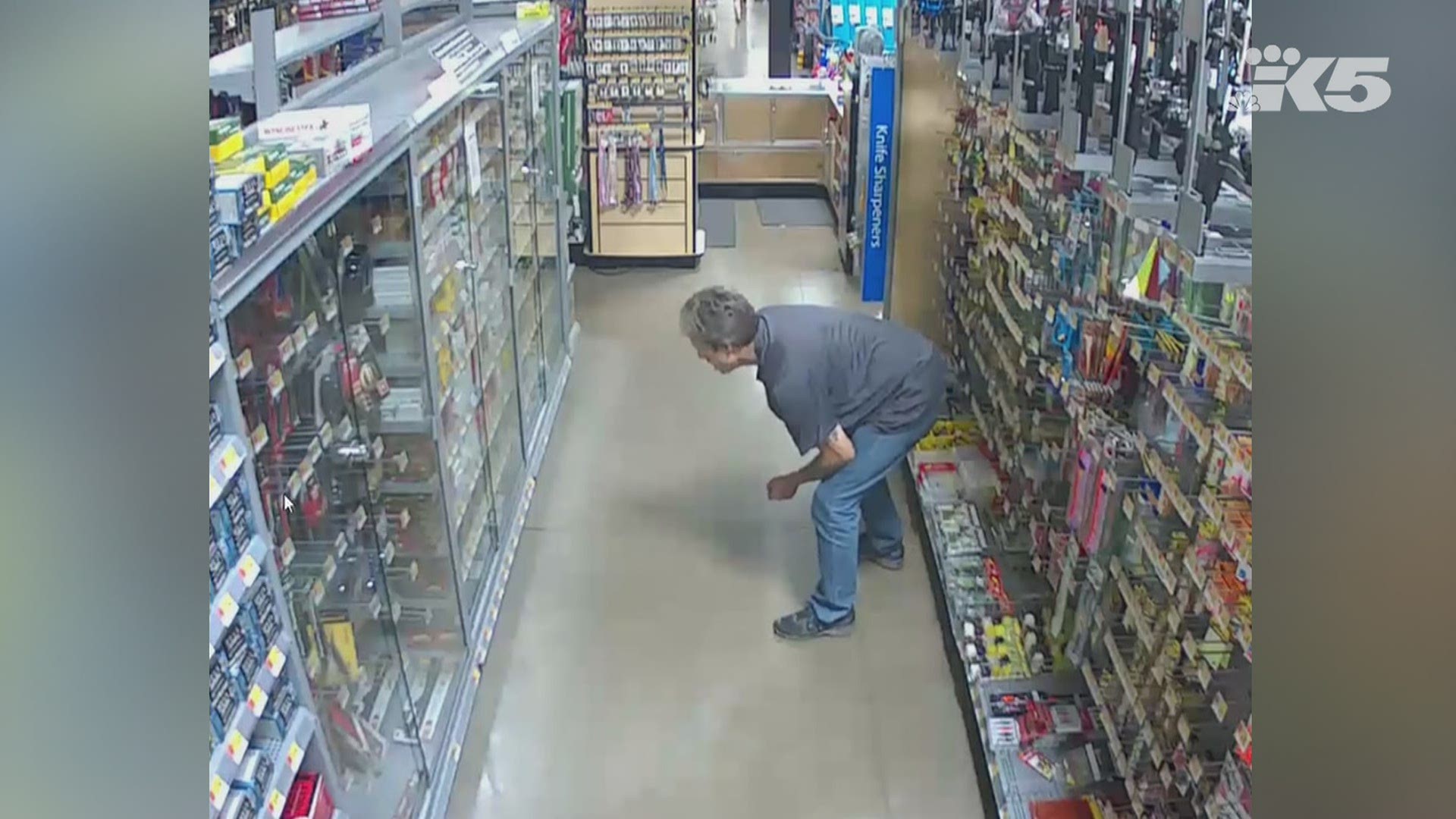 After watching the surveillance video, Barton said it reminded him how lucky the community was no one else was killed.

“It was cool to see there were people there willing to sacrifice their lives to go help stop this guy,” said Barton.

Fievez, who is at home in Tenino recovering, did not want to see the video, according to son, Kyle Fievez. Kyle said his father remains a wheelchair. He hopes Ricky will walk again. 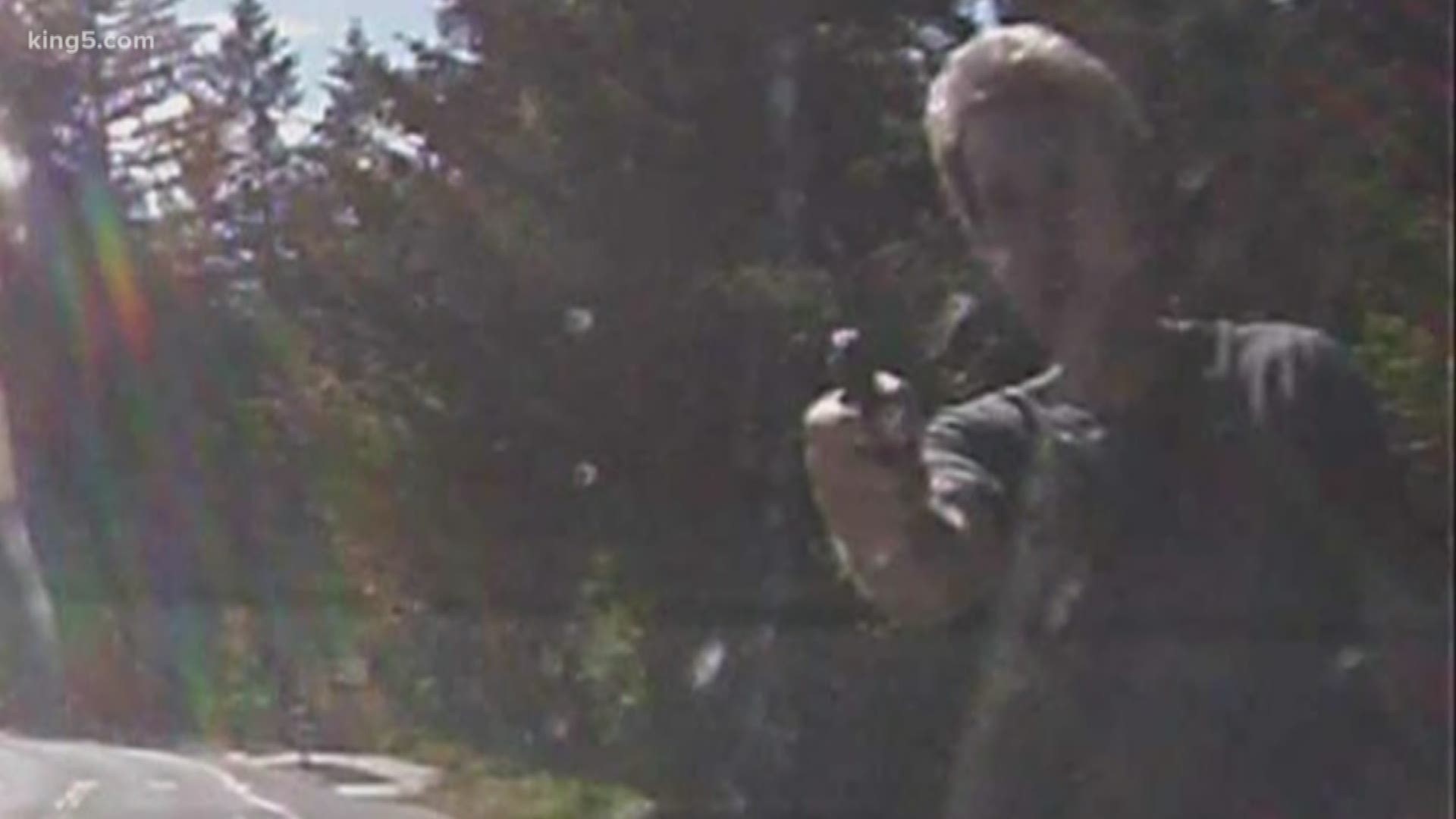