Leaders at the National United Church of Christ warned that they were aware of reports that "liberal" churches could be the targets of possible attacks this week. 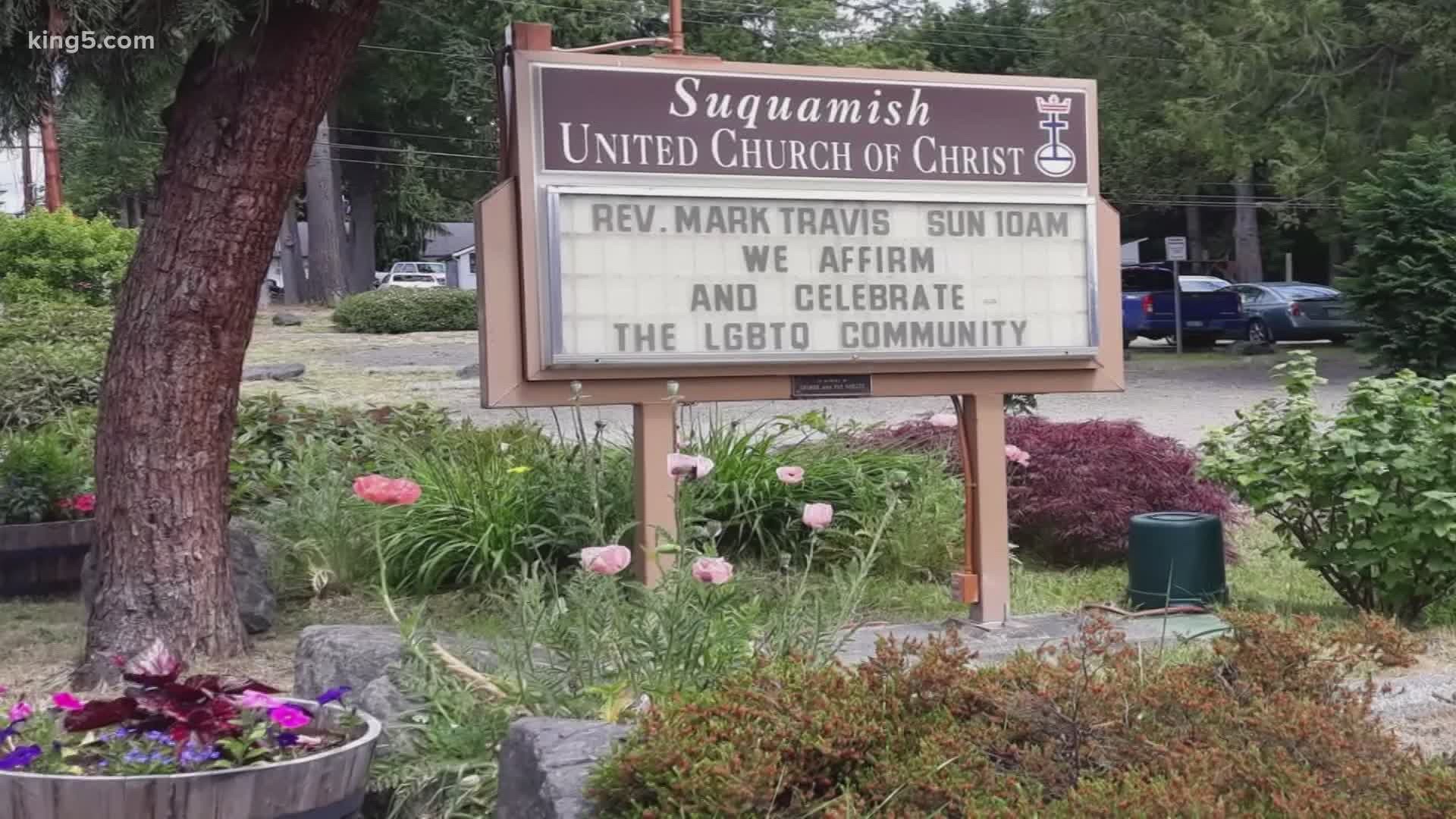 SUQUAMISH, Wash. — A planned peace vigil at a Suquamish church in response to the riot at the U.S. Capitol was postponed Sunday after leadership said they were warned about threats to churches.

No local churches were specifically mentioned but congregations across the country were encouraged to be cautious, especially on Sunday and the upcoming Inauguration Day, Wednesday.

The warning came from leadership at the National United Church of Christ, who said they were aware of reports that "liberal" churches could become targets of possible attacks in the coming week.

Church leaders encouraged safety for ministers and church members around the country. They also mentioned congregants may have to meet differently.

At the Suquamish United Church of Christ, there was disappointment and even some debate among those who planned the peace vigil for Sunday.

"The congregation was of two minds and some said we need to do this anyway and another said it could be too dangerous at this point to do that," said church volunteer Claudia Stuntebeck.

The group planned the event after the attack at the U.S. Capitol in D.C. on Jan. 6 and planned to hold it in a socially-distanced manner in the church's Peace Garden.

"What we didn't want to do was meet violence with violence, we wanted to meet it with compassion and unity," said Stuntebeck.

But they decided to postpone the event and don't have a new date yet. They are determined to still share their feelings and carry on.