A group of whale watchers saw a rare moment when three Southern Resident orca pods came together Thursday near Victoria, B.C. An expert with the Orca Network wonders if the gathering was connected to the apparent loss of J50. 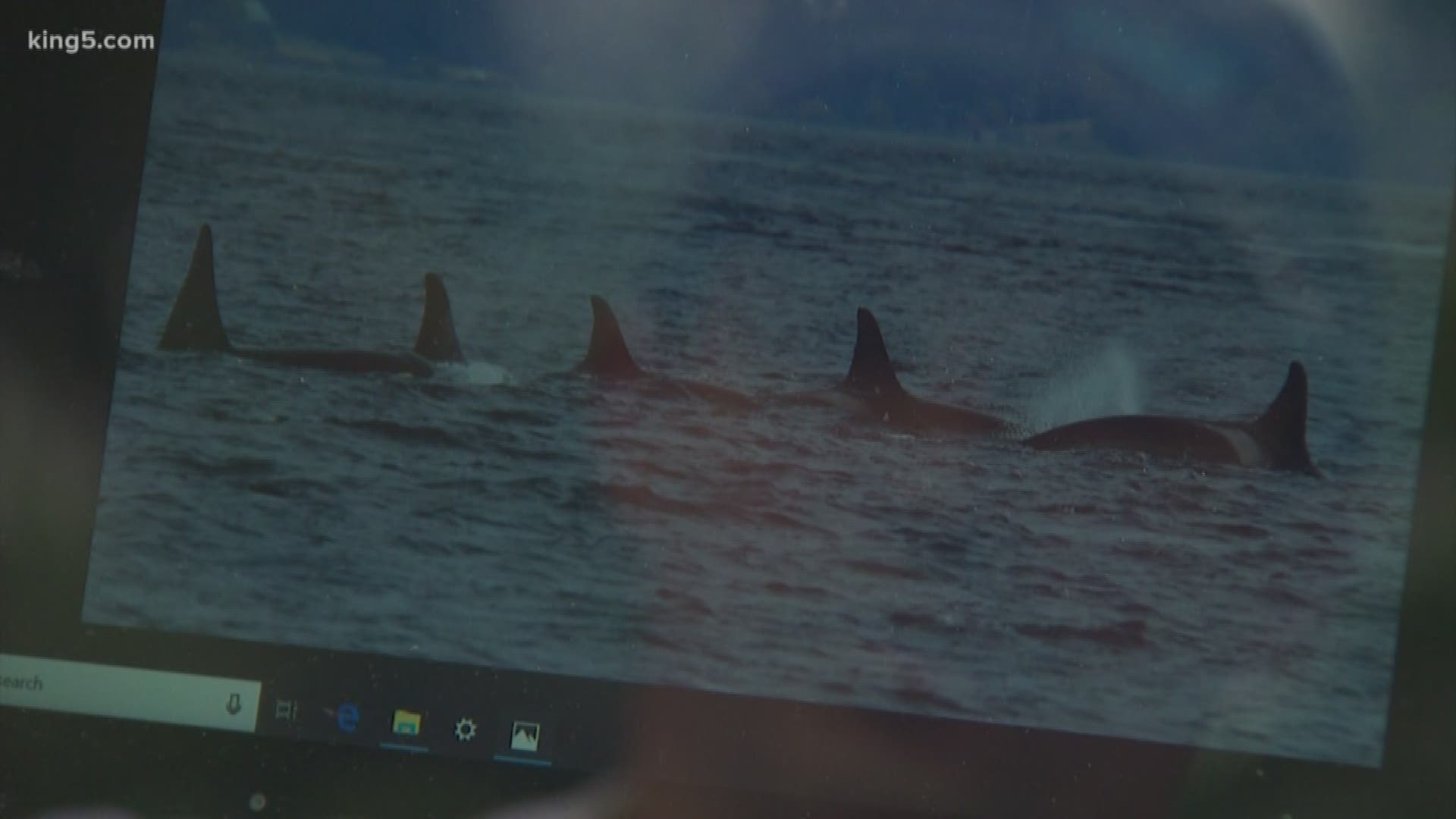 As the fate of missing orca J50 remains uncertain, some in the orca watching community are celebrating a special encounter with the Southern Resident orcas – a greeting ceremony between pods.

Bart Rulon, a wildlife photographer and longtime orca fan, captured the event with his camera Thursday while out on a Puget Sound Express whale watching boat. (Scroll below for raw footage)

“In this day and age, the last couple years, it’s rare,” said Rulon.

“It’s a big party whenever they have a meeting like this when the pods haven’t seen each other for a long time,” he said. “It’s pretty exciting. It’s uplifting to see them happy like this because we’ve seen a lot of bad news lately.”

A still from video of a superpod of orcas gathering supplied by Puget Sound Express.

Southern Resident orcas have been known to perform greeting rituals where they line up, and speed towards each other in enthusiastic greetings. When J, K, and L pods come together, it's known as a superpod.

Rulon said he didn’t see high-level organization but did see a lot of enthusiasm and interaction from the mingling whales.

“What we saw were big groups here and there of the killer whales mingling with each other, swimming around, tail slapping, and we saw a bit of breaching,” Rulon said.

Howard Garrett of the Orca Network said such sightings have become rarer in recent years.

"There's just not as many occasions," said Garrett.

He added that the part where the orcas line up can be very brief and followed by enthusiastic interaction. Garrett also wondered whether the gathering was connected to the apparent loss of J50.

"To have that kind of celebration - they're coping," he said.

With the struggles of juvenile J pod orcas, Rulon was also glad to see mating activity.

“Some frisky whales,” he laughed.

Experts in the field say these ‘superpod’ gatherings of Southern Resident orcas are known to happen this time of year but are still exciting to witness.

Rulon said in his experience, the gatherings are increasingly rare. He spends thousands of hours on the water a year.

“I can’t even remember the last time I saw a full superpod like this,” said Rulon. “Certainly not this year, and I can’t remember if I saw one last year.”

“They were mingling with each other, socializing, having fun,” he added.

Rulon shared images and video of the encounter, hoping to inspire more people to help save the struggling Southern Residents.

“It’s nice to see them do something they used to do more regularly,” he said. “Seeing them all together like that, it gives me hope. But I know there’s a long way to go still.”

“I think the more people that fall in love with these animals, it’s going to be easier to save them,” Rulon said. 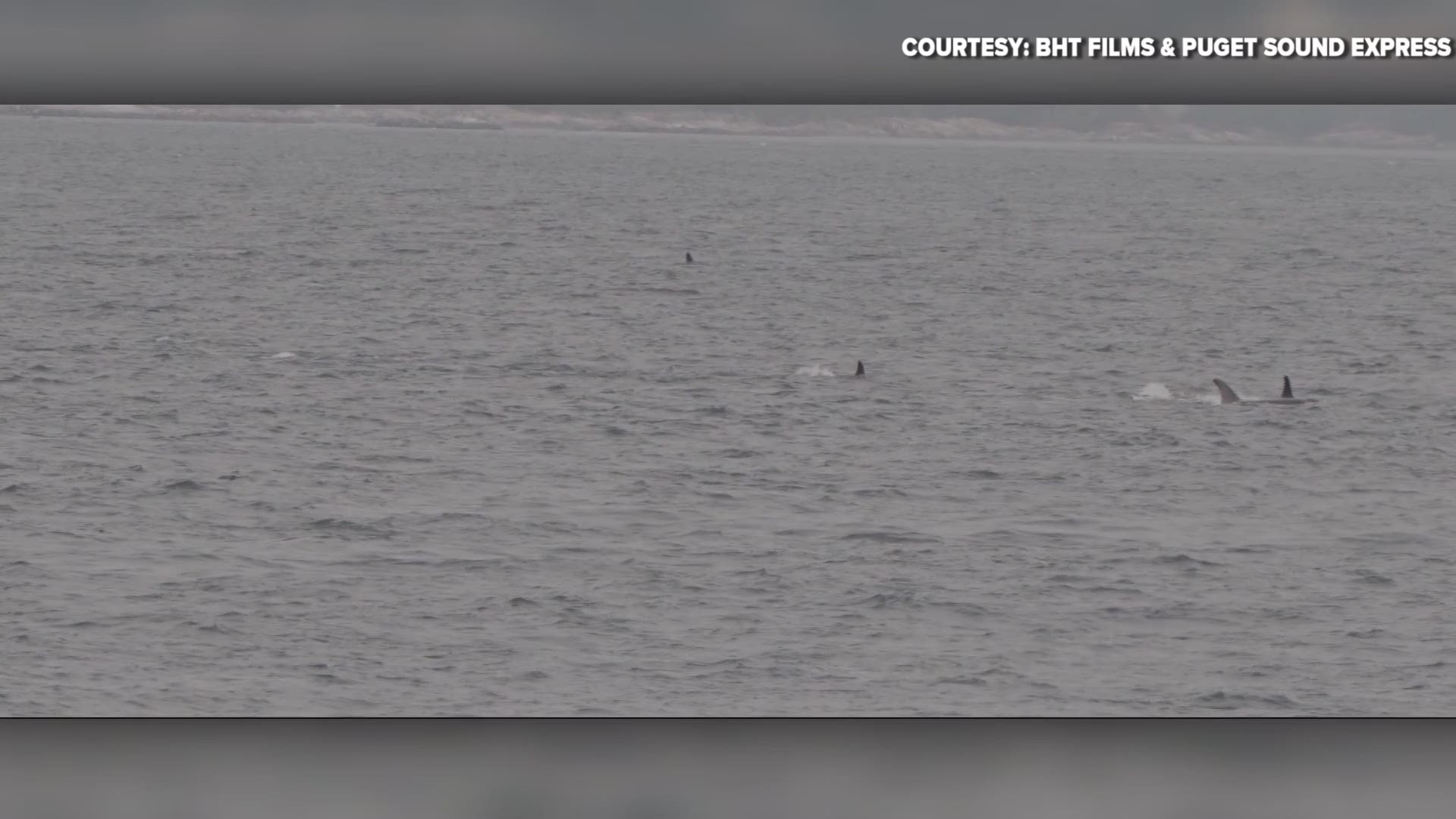