East Pierce Fire Chief Bud Backer described the week as "chaotic" and said reduced winds and higher humidity on Sunday gave them a chance to better survey the size. 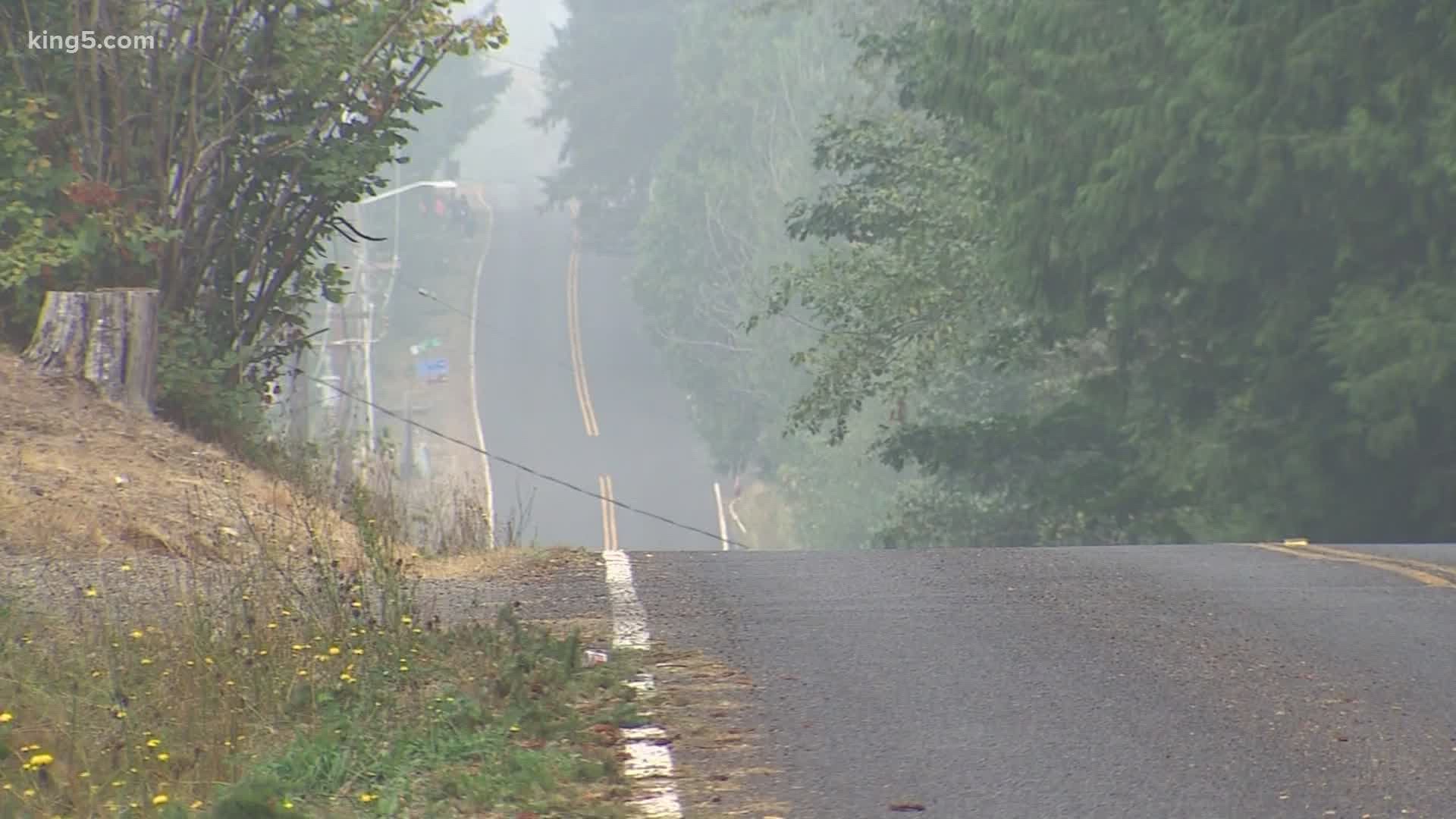 SUMNER, Wash. — On Sunday, firefighters reported significant progress on the Sumner Grade Fire and downgraded the size of the fire. The fire has been contained by 65%.

East Pierce Fire Chief Bud Backer described the week as "chaotic" and said reduced winds and higher humidity on Sunday gave them a chance to better survey the size.

Backer said the fire burned 494 acres, destroyed two homes and six other small buildings, like sheds. They changed to evacuation orders to Level 1, allowing all residents to go back home.

With an infusion of resources from the state, crews worked along the perimeter, using firefighters from other parts of the state to tackle hot spots.

“DNR rolled in with four strike teams, so that's one reason we're pushing hard. Two of those teams time out, which means they hit their 14-day maximum deployment,” Backer explained.

Backer was anxious to stop rumors about the cause of the fire saying there were obvious signs it was started a downed transformer.

"There's a lot of misinformation saying the majority of fires were caused by arson. Most of them have not been caused by arson and anything started on that day was wires down,” he said.

The hard work of firefighters caught the attention of 16-year-old Camden Hoover.  He is part of the fire cadet program through the Buckley Fire Department but went out of his way to try and help crews over the last few days.

“I'd be out all day, just delivering water and buying water and whatever I could for them,” he explained.  “I'd go around and ask them what they wanted to eat or drink and I'd give it to them.”

Hoover used money from a summer job cleaning barns and bucking hay to buy supplies for the crews.  He dropped some cases of water at the base camp and chatted with the Fire Chief about his desire to someday serve the community.

“A lot of respect for what they're doing-- they're out there working countless hours, not sleeping fighting fires keeping people's houses safe and keeping people safe.”

Even with a break in the weather and Sumner, fire conditions around the west coast remain a problem. Backer said these crews will likely be busy again.

“I bet the strike teams that time out today, once they get one or two days rest, they'll probably be going to Oregon," Backer said.