Though she doubts the Seattle Storm would be invited to the White House anyway, Sue Bird says she would not go if the WNBA champs were invited. 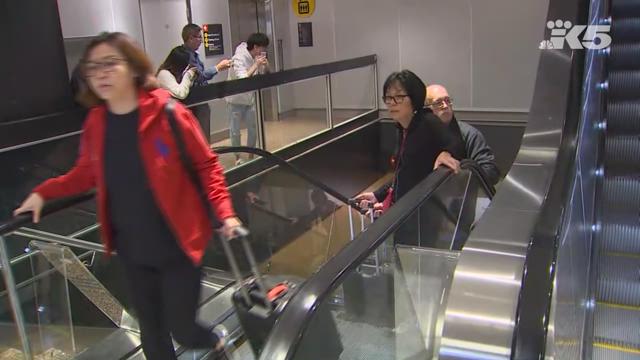 Sue Bird says she will not visit the White House if the Seattle Storm is invited after winning the WNBA championship.

"I'm sure [President Trump] is going to say we're not invited anyway," the Storm guard told KING 5, "so it all works out well."

I asked Sue Bird if the @seattlestorm are invited to the @WhiteHouse by President Trump, will she go?

She responded with an adamant “No.”

She did add that she doesn’t even expect an invite from the President.

The Minnesota Lynx, who won the WNBA championship in 2017, were not invited to the White House. The Lynx instead dedicated the day to community service. Cheryl Reeve, coach and GM of the Lynx, said at the time she believes the team was not invited - at least in part - because of how President Trump views women.

Storm forward and league MVP Breanna Stewart said she wasn't sure if she would go.

Stewart said it would be a team decision.

"I don't know if we'd lean one way or another," she said, adding that she's been to the White House several times and that it's "nothing new to me."

The Seattle Storm clinched their third WNBA title Wednesday when they defeated the Washington Mystics 98-82.

When the team won its second championship back in 2010, players visited the White House and were honored by former President Barack Obama.

A parade and rally is planned for Sunday, Sept. 16 in Seattle.