In a salon and on the streets, hairstylist helps Seattle's homeless

A hairstylist has devoted much of his time, and a big chunk of his income, to helping the people who live on Seattle's streets. 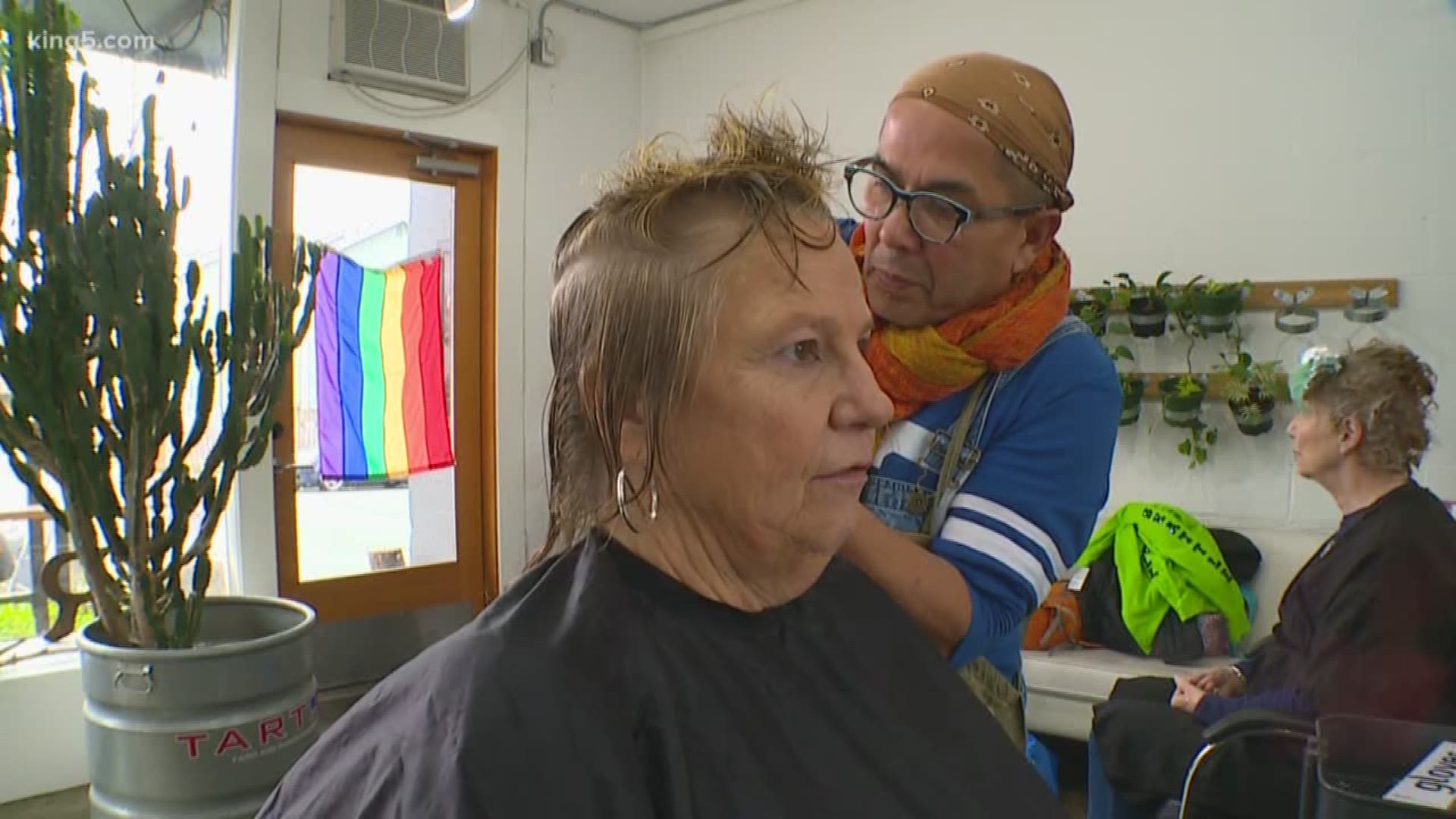 SEATTLE — The seats fill up on Sunday mornings at the Roosevelt Salon where Aurelio Ayala earns a living.

He's usually busy with regulars, but will always make room for a last-minute client, often someone he's just met, and he won't charge them a dime.

“This has to come off because this is just done,” he told his latest client, Tina Morris, holding up a swatch of her hair.

She and Ayala crossed paths on a downtown sidewalk recently. She needed a haircut and he gave her his cell phone number.

“Nobody would look at me and think that I ever was homeless and living in a shelter, but I (am),” Morris said.

Her husband died two years ago and she's been grappling with drugs and alcohol since.

It was no chance encounter that she and Ayala met. He is constantly watching out for people like Morris.

“It was just meant to be,” she said as he prepared to color and cut her short blonde hair.

After a few hours at the salon, Ayala assembles a team of volunteers to pack about 200 lunches for the homeless.

Donations help pay for the ingredients, but most of the money comes from Ayala's pockets.

This has been Ayala’s Sunday routine, in some form or another, since he moved to Seattle more than 20 years ago and first noticed the souls on the streets.

“When I see all these people, I just want to know if their family thinks about them. Is there anybody looking out for them and finding them?” he said. “I just wanted to know if they had somebody to talk to.”

He likens homelessness to the HIV-AIDS crisis of the 80s and 90s.

“I remember working in a salon where everybody had a secret, and then one day the secret was out, and they were judged for who they were,” Ayala said.

Ayala said solutions are overlooked because most people don't want to listen. He thinks people are too quick to judge.

“I just think the conversation needs to be broadened, except we're always shutting people down because of where they're at in life,” he said.

And so he does what he knows works. Ayala brings those lunches to the Union Gospel Mission to feed a hungry crowd on the sidewalk.

Ayala's gotten to know many of Seattle’s homeless people and their needs. One man shivered in the rain. Ayala gave him his jacket off his back.

“He needed it more than I did,” Ayala said.