Workers at Stevens Pass are getting excited for skiers to use their two new lifts this season once a little more snow falls on the mountain. 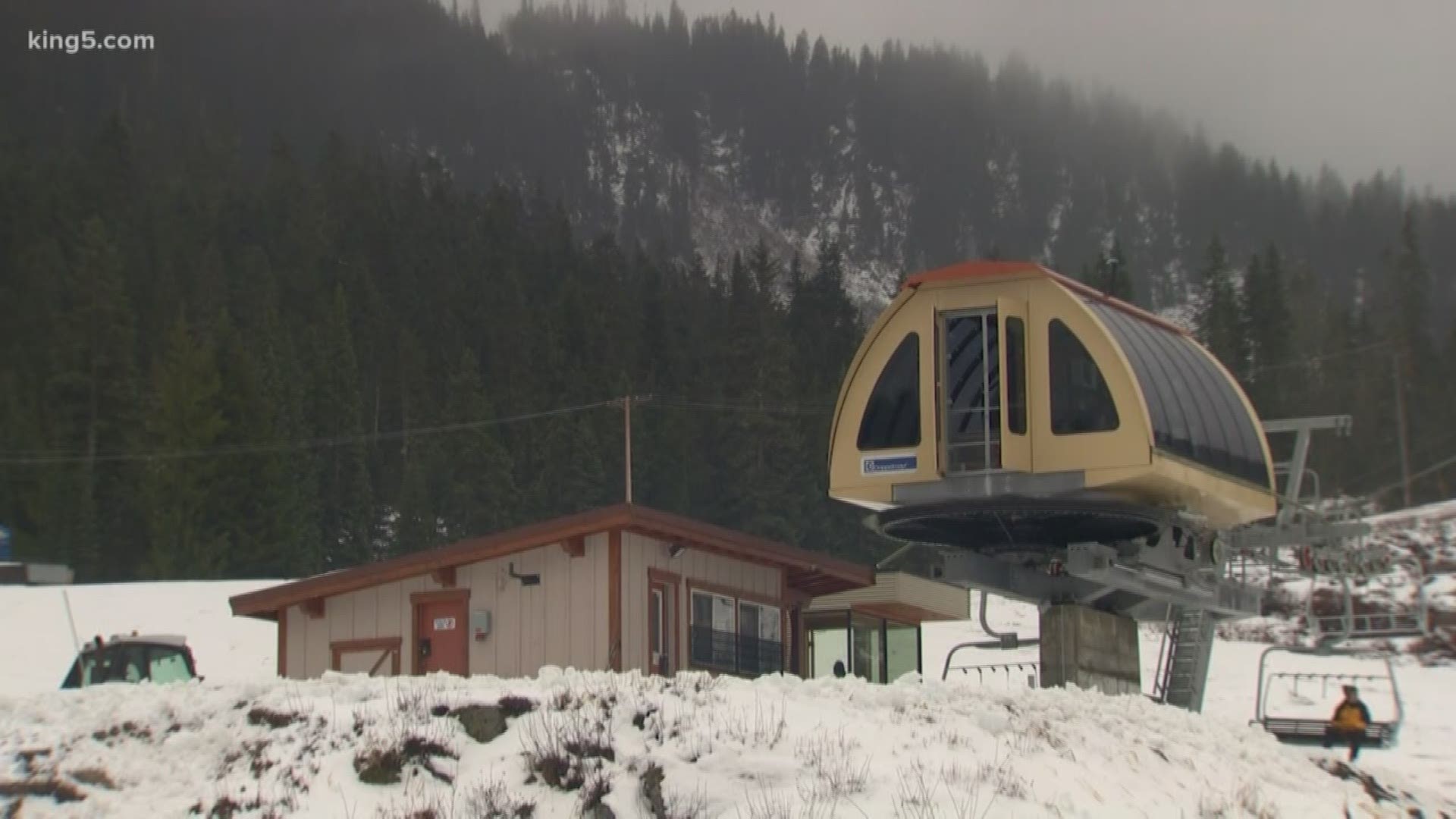 Two hours from downtown Seattle and about 4,000 feet above sea level, there is just enough snow at Stevens Pass to have people excited about the upcoming season.

Many ski resorts across western Washington are getting ready for the season. Crystal Mountain was among the first to open limited runs to the public last week, but workers at Stevens Pass are still waiting.

“It’s really going to take one more big snowstorm -- We’ll get this thing fired up and open,” said Rich Perkins at Stevens Pass.

The "thing" is a multi-million dollar piece of Austrian engineering. It's one of two new lifts at Stevens Pass ready to transport skiers up and down the mountain, which is adding to the excitement.

“Brooks and Daisy increase our uphill capacity by 9%,” Perkins said.

One of the new lifts is replacing one that has carried skiers up the mountain since 1968. The new lifts are part of an overhaul that's come to Stevens Pass since Colorado ski giant Vail Resorts took ownership.

“This is the largest capital investment in Steven’s Pass in the history of the resort,” Perkins continued.

The renovations started the day after the last run at the resort last season and were far from simple. It took military helicopters to move the large equipment into place.

"Coming in, dropping down, and lifting them like they were toothpicks," said Perkins, as he described how the helicopters worked.

Perkins said the new lifts are much faster and a smoother ride compared to the old fixed-grip, two-seater chairs of the past.

Now that the new lifts are ready for skiers, all the resort needs is a little help from mother nature.