The system is the result of legislation passed in 2015 to address the rape kit backlog. Three years later, it's almost up and running for survivors of sexual assault. 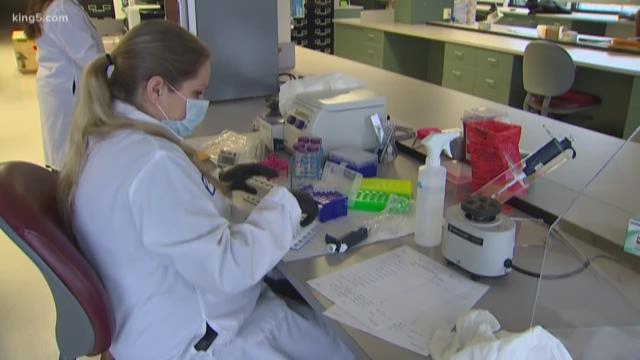 However, a simple website run by Washington State Patrol will soon provide some answers, allowing victims to track their kits from hospital to lab.

“That was the difficult part for a lot of the survivors, is that they had no idea,” said Captain Monica Alexander of WSP. “The information would be collected, their kit taken, and then lots of things were happening, but they didn't know where that kit was.”

The online system, modeled after a similar one in Canada, is still in test phase but will begin rolling out to the public in phases, starting in mid-April.

Each sexual assault kit will have its own barcode, and medical staff, law enforcement, and prosecutors will have their own portals to input and check cases as they move forward.

The new tracking system stems from legislation passed in 2015 to address the state’s rape kit backlog, initially estimated at 6,000 kits. It’s now believed the backlog is closer to 10,000, according to law enforcement officials.

Of the original backlog, WSP says 928 kits have been completely tested. Nearly 2,000 more are pending testing; more than 2,900 have been sent out to Sorenson lab contracted by the state. However, that’s still a fraction of the grand total of older kits, on top of a growing number of new kits.

“Every day, we're getting more kits in,” explained Captain Alexander. “Then we have the backlog. And so how do we juggle, doing all of this work, and doing it efficiently and effectively.”

“A big part of that challenge has to do with not having enough people to process the kits because we're overworking our scientists because we don't have enough of them,” Alexander continued.

While funding for ongoing rape kit testing made it into the latest version of the state legislature’s supplemental budget, advocates say additional resources and lab staff will be needed in the future to make a significant dent in clearing the shelves.

“People want not only to see people brought to justice, but they want to have a feeling that the person who did that isn't going to do it to them again or anyone else,” said Captain Alexander.

According to the latest supplemental budget, $1.5 million over the next three years will fund additional State Patrol lab techs to address the new backlog. The budget also clarifies that the seven lab techs funded in 2015 are to be used for the sole purpose of testing sexual assault kits, according to Rep. Tina Orwall's office. Additionally, the budget preserves the state's SAFE task force for another year. The task force, comprised of of lawmakers, law enforcement, medical staff and victims, was formed to problem solve for backlog solutions.

Additionally, the Attorney General will use $3 million in federal grant money to continue testing old kits. Currently, there's no new state dollars for testing the older backlog, according to Orwall's office.

"I am very grateful that we will have three more full time lab staff dedicated to testing kits," said Rep. Orwall, D-Des Moines. "We will need to come back next year for dollars to fund old kit, but the State Patrol does have funding now to keep testing until then."