Raquel Montoya-Lewis is connected to two tribes. "It’s an overwhelming experience, but it felt wonderful too," she said. 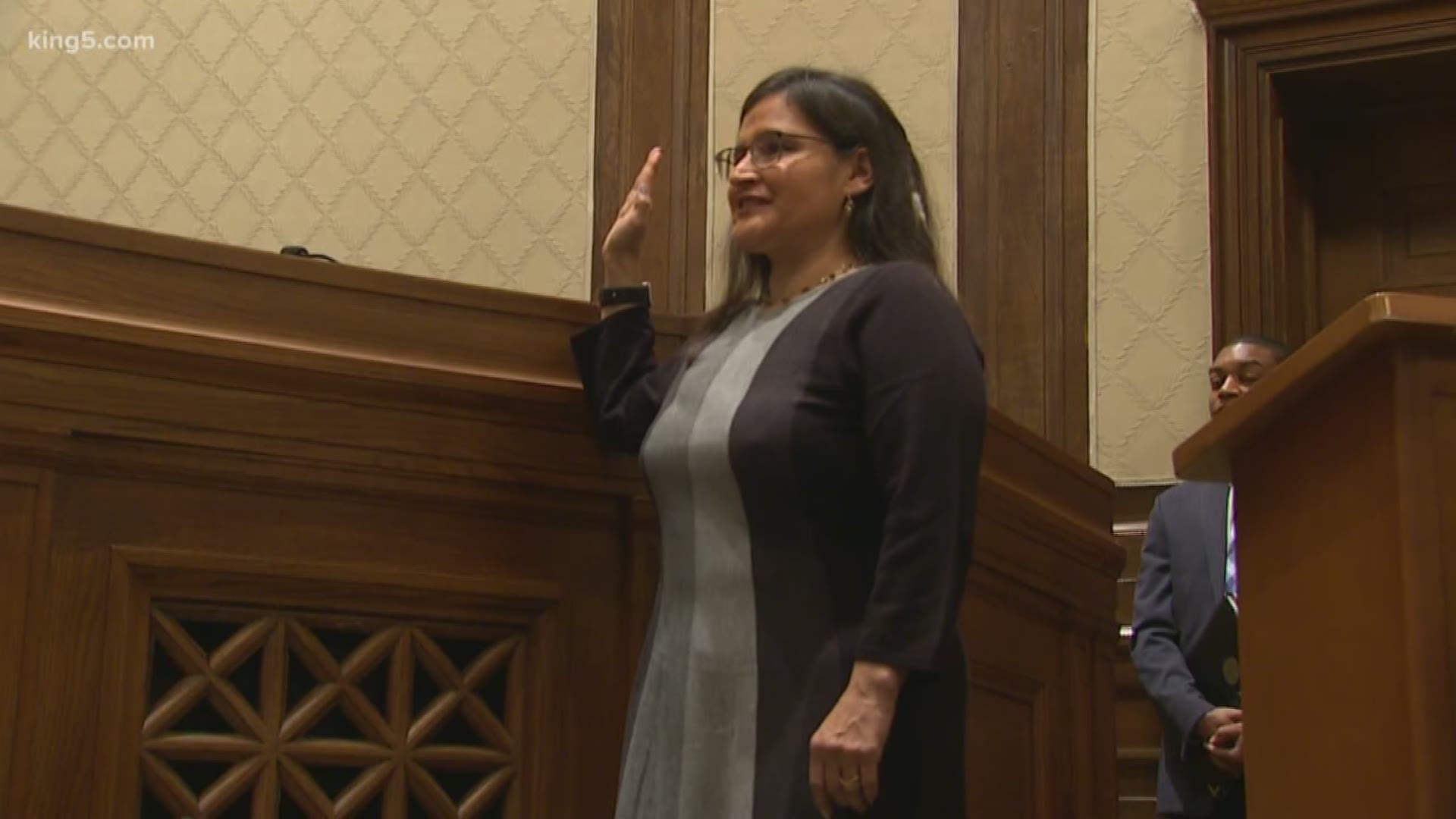 “It’s an overwhelming experience, but it felt wonderful too,” said Montoya-Lewis.

Her swearing-in ceremony opened and closed with traditional songs by the Port Gamble S’Klallam Singers.

She didn’t think that kind of music had ever played in the state’s Temple of Justice.

“That’s part of why I wanted them here,” said Montoya-Lewis.

Montoya-Lewis grew up in New Mexico before moving to Seattle to attend the University of Washington in 1992, where she earned her master's degree in social work and a law degree. She has more than 20 years of judicial experience, including five years on the Whatcom County Superior Court. She also spent several years working with tribal communities in Washington.

She is linked to two federally recognized tribes: she’s an enrolled member of the Pueblo of Isleta and a descendant of the Laguna Indian Tribe.

Her grandmother, Mary Perry, was taken from their family when she was young and sent to a federal boarding school in Pennsylvania in the late 1800s.

Montoya-Lewis said it was the government’s attempt to what she called, “civilize,” Native Americans.

“The motto was: Kill the Indian, save the man,” said Montoya-Lewis.

When it was announced that she would be appointed to the role in December, Montoya-Lewis reflected on her childhood and how she came to be where she is today.

“I was raised to remember that I come from those who survived. My ancestors on both sides of my family survived genocide, survived institutional boarding schools, survived attempts to eradicate their cultures, and yet as my father reminded me often ‘we survived,’" said Montoya-Lewis in December. "I am here because of their resilience, their courage, their intelligence, and their deep commitment to what is just.”

Nearly 150 years later, Montoya-Lewis was proud to keep her culture alive at her swearing-in ceremony.

“No Native person has ever sat at that bench and it was really important to me today to have that representation,” said Montoya-Lewis, “Something that all Native people would immediately recognize as a new thing happening in this building.”