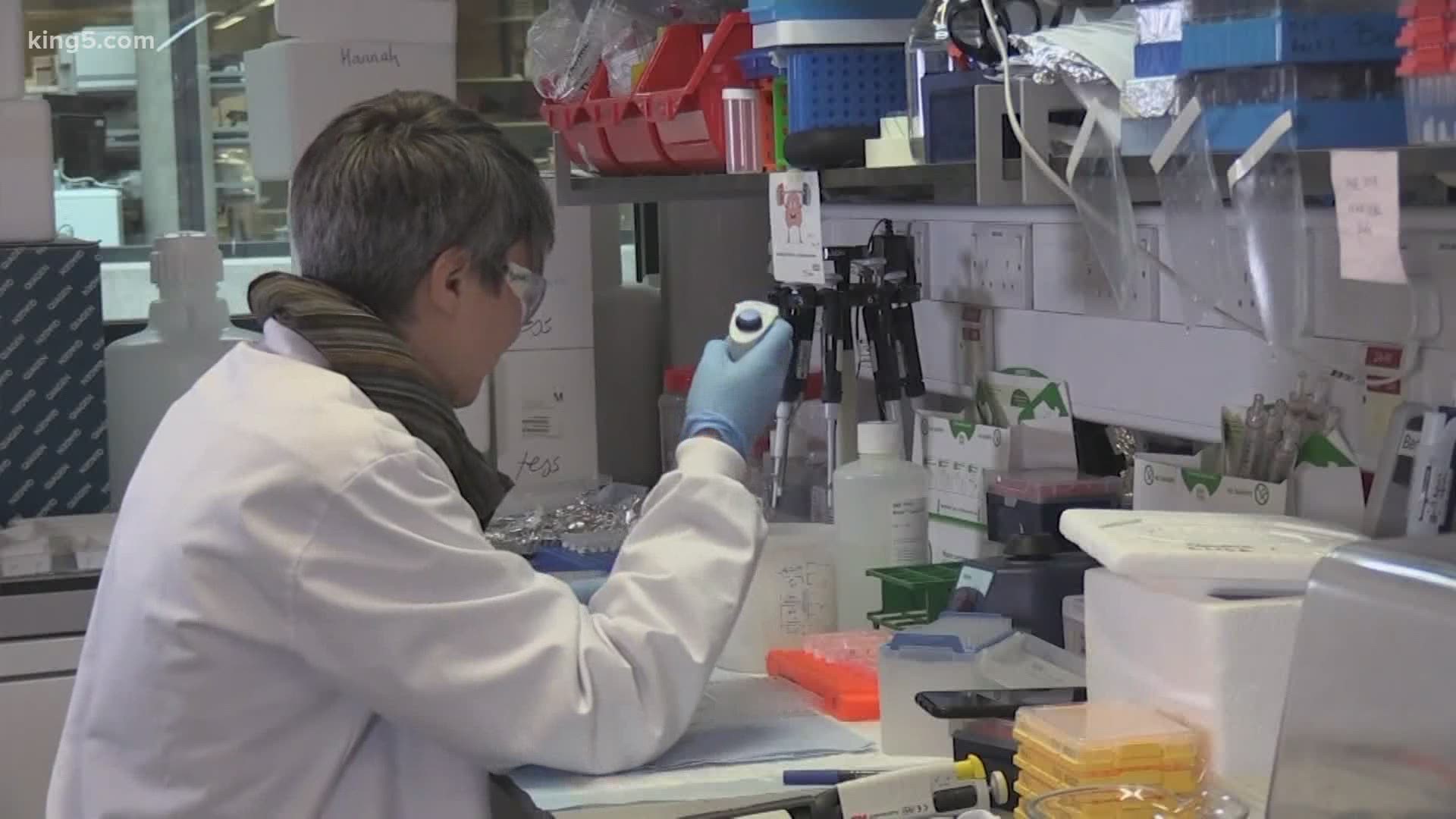 SEATTLE — Kaiser Permanente says they're seeing success with the Moderna Vaccine and the trial they've been conducting in Seattle. They say the vaccination is well-tolerated and gives a strong immune response in adults.

That initial trial is being expanded to a third phase at the same time other trials are going on around the world. Washington state officials are now working on guidelines about who will get the vaccine once it does become available and how they're going to distribute that.

The quantities will be limited and the state should get some direction from the National Academies of Sciences, Engineering, and Medicine today about what groups should get the first doses of that initial supply.

This work on a vaccine has caused an increase in demand for dry ice. One distributor in Massachusetts, Acme Dry Ice, is struggling to keep up with the demand from vaccine developers around the country, including here in Seattle.

The vaccines have to be stored in extremely cold temperatures. One example is the one being developed by Pfizer which has to be kept at -80 Celsius.

The CDC wants states to have their vaccination plans ready by next month.

Initial doses will likely go to health care workers and high-risk groups like the elderly. Washington has received a $5 million federal grant to help pay for some of it.