Washington’s request to waive some standardized testing met with ‘resistance’

The U.S. Department of Education has yet to approve a waiver that could require fewer students to take federally mandated assessment testing. 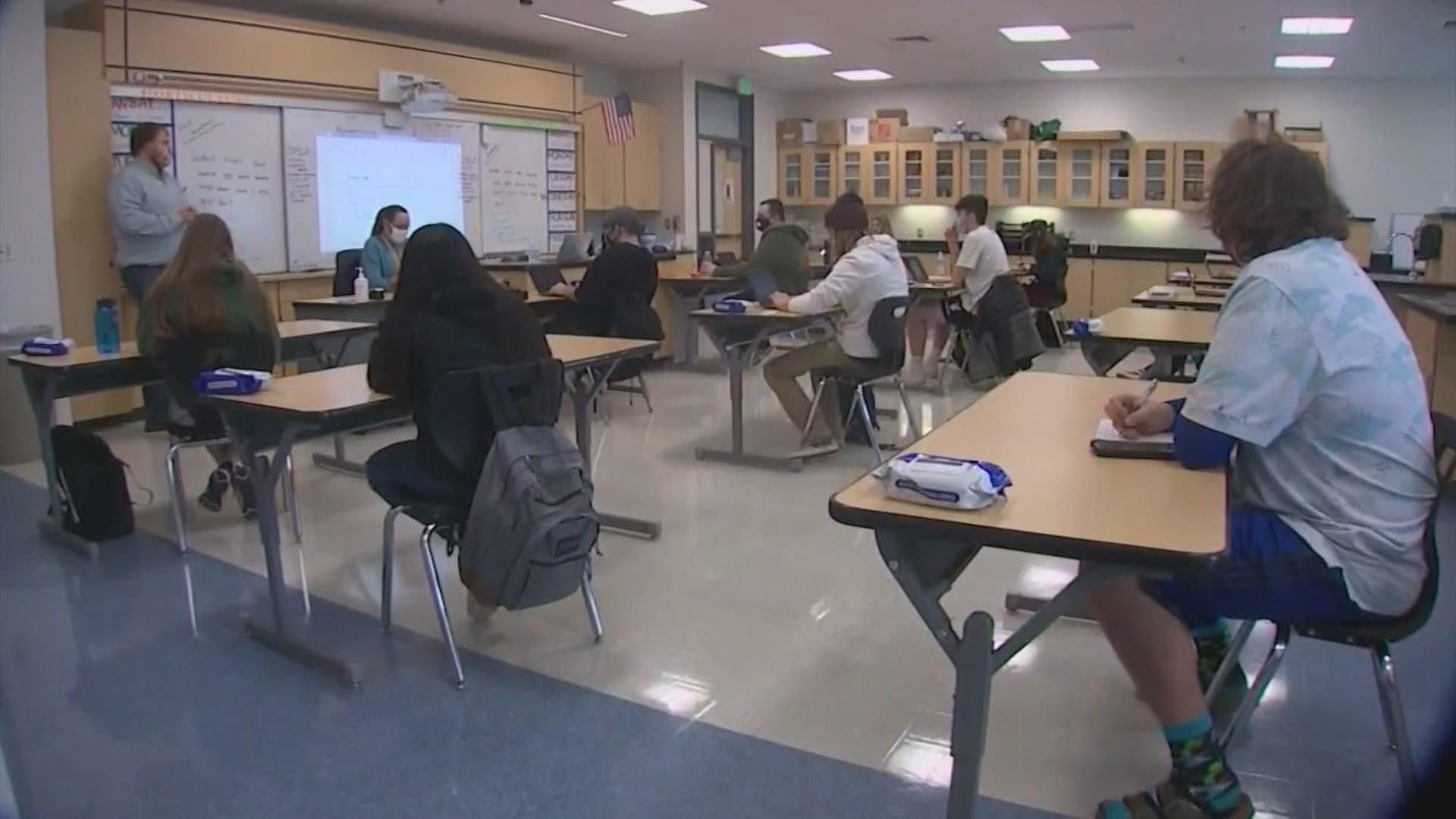 OLYMPIA, Wash. — A formal request for fewer Washington students to undergo federally mandated assessment testing has been met with some pushback, according to the Washington Office of Superintendent of Public Instruction (OSPI).

As more public school students in Washington return to in-person learning in the coming days and weeks, OSPI has made efforts to reduce the burden of standardized testing for the 2020-2021 school year.

"This is the one that just didn't make sense in a COVID year with so many remote students to hold them in for testing," said Washington State Superintendent Chris Reykdal.

Since March, OSPI has requested a waiver to federal standardized testing requirements, namely, to reduce the number of students required to take the test.

A separate waiver concerning accountability requirements has already been approved, Reykdal said. But the U.S. Department of Education has yet to decide on the request for fewer students to take the test.

In a typical year, approximately 700,000 Washington public school students in specific grades take assessment testing in the spring. Reykdal's office filed a waiver to allow 50,000 students to take the required test, rather than 700,000.

"So far, we're meeting some resistance on that," said Reykdal.

The 50,000 students will be chosen in a randomized, statistically representative sample determined by University of Washington researchers, according to OSPI.

OSPI's efforts are based on the reality that assessment testing can be expensive and time-consuming. OSPI said $425 million in Washington taxpayer money went to federally mandated testing since 2010, and 4.7 million hours of time were dedicated for test preparation.

It is time and money that Reykdal said could be better used in instruction.

“Over the past year, while many of our young people have been isolated, their mental and behavioral health needs have intensified,” Reykdal said in a news release. “It would be counterproductive and senseless to ask 700,000 of our students to spend precious time in-person further isolated taking federally mandated tests.”

In a letter responding to Reykdal, the U.S. Department of Education said it is continuing to review OSPI's request.

The test, known as the Smarter Balanced Assessment, is given to students in elementary, middle and high school, though not all grade levels take it.

Grades 3 through 7 take the English Language Arts test; students in grades 5 and 10 take the math test, and eighth-graders take a test in science.