Thursday the Washington State Department of Transportation confirmed a settlement agreement made with a whistleblower who reported timesheet cheating. 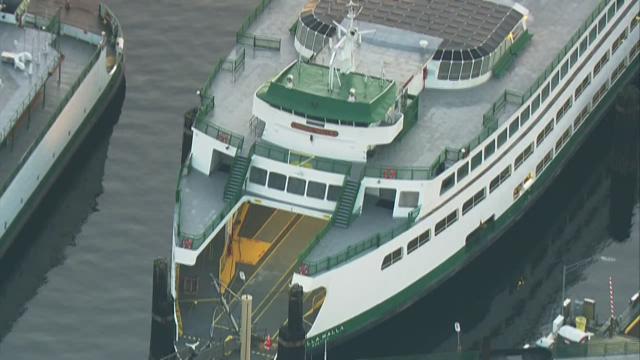 Thursday the Washington State Department of Transportation confirmed a settlement agreement made with a whistleblower who reported timesheet cheating.

The whistleblower, Don Gillespie, is a Washington State Ferries employee. He said the settlement is worth $700,000. He is one of two workers who reported a now retired worker, Jack Nannery.

Don wrote a handwritten letter at the State Auditor’s Office and included pictures of Nannery coaching youth baseball when he was supposed to be working on the ferries.

“He was a terrible employee that the state taxpayers had to pay for,” said Gillespie. “Everybody was afraid of him, everybody was complaining about him, and nobody was doing anything, so I filed the whistleblower complaint against him.”

The KING 5 Investigators reported on Nannery in a series called “Waste on the Water” in 2010.

Gillespie has been with WSF 24 years and is now a foreman.

“I just got tired of it. I had enough. What he was doing was highly illegal,” he said.

“If you make such a report, it’s up to the State Auditor’s Office and the whole purpose is that you can file it anonymously,” said Sheridan.

Sheridan said the State Auditor’s Office released Gillespie’s whistleblower complaint to Gillespie’s manager. While it was did not contain Gillespie’s name, his manager admitted at another trial he knew the letter was Gillespie’s from his handwriting. Gillespie alleges he was subjected to a hostile work environment and retaliation.

“When Don’s handwriting was recognized, he went through several years of being retaliated against without understanding why,” said his lawyer. “He didn’t know that they had his complaint in their hands.”

“If I had to do it over again, I wouldn’t do. It’s been a terrible thing,” said Gillespie.

Sheridan blames the State Auditor’s Office, who he said broke state law by circulating the letter.

“That’s exactly the message we don’t want sent. If you don’t protect the confidentiality of whistleblowers, what you do is you make it very difficult for somebody to make the decision for somebody to standup and blow the whistle.”

A spokesperson for WSF said a new management team is in place since the timesheet abuse in the 2000s and otherwise had no comment.

The State Auditor’s Office, the office in charge of holding other government agencies accountable, has not returned phone messages or e-mails seeking comment on how Gillespie’s letter was given to WSF management.