The high-rise portion of the West Seattle Bridge closed to traffic in March, 2020, after small cracks were found in the concrete. 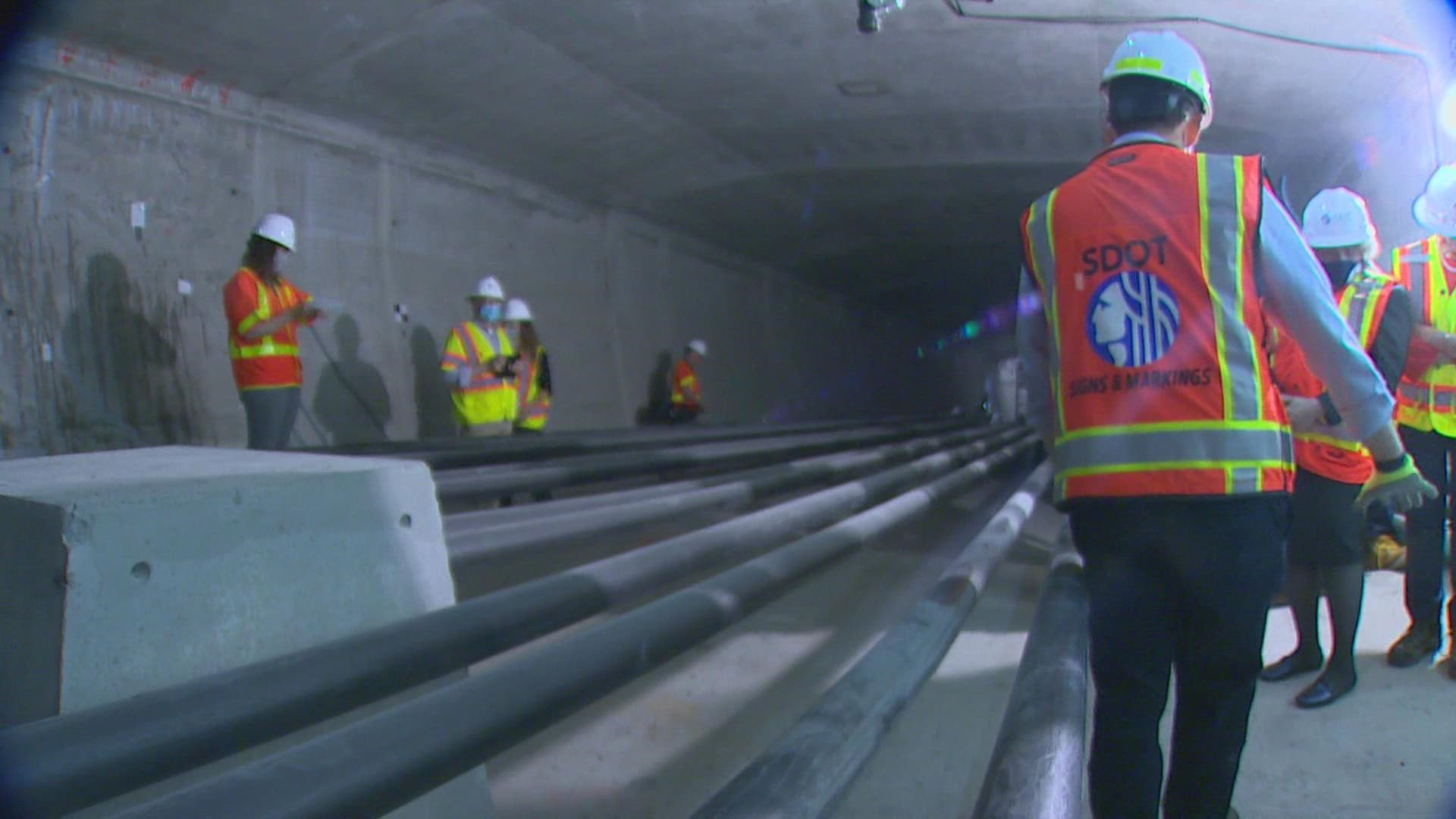 SEATTLE — Sen. Maria Cantwell (D-Washington) got a firsthand look Wednesday at the damage that forced the West Seattle Bridge to close more than a year ago.

The senator visited the bridge with U.S. Deputy Transportation Director Polly Trottenberg and representatives from the Seattle Department of Transportation (SDOT) to see the work being done underneath the bridge.

The high-rise portion of the bridge closed to traffic in March 2020, after small cracks were found in the concrete, exposing structural problems. SDOT said when the cracks migrated up the wall of the base of the span, that's when the concern level escalated.

Matt Donahue with SDOT said his department has engineered a solution involving "post tensioning" which will add compression into the concrete and pull the bridge back together.

"Each one of these tendons has seven strands at 47,000 pounds per strand," explained Donahue, while pointing to sets of black tubes underneath the bridge. "So that's 329,000 pounds per tendon, about 4 million pounds per set of external post tensioning, the same system is on the other side of the bridge."

Donahue said it will all be tested before the West Seattle Bridge reopens in mid-2022.

Cantwell said the bridge damage also shows the need for the Senate approved infrastructure bill, which is currently being debated in the House.

"We're a region of the country that a lot of infrastructure investment is needed - I hope we'll do better than what we passed out of in the Senate, in the reconciliation process, but in the end we will have an infrastructure bill of some size," said Cantwell.

Washington Rep. Pramila Jayapal announced earlier this year that she helped secure $11.2 million in federal grant money for the West Seattle Bridge repairs. The money came from the Infrastructure for Rebuilding America Grant, awarded to the state by the U.S. Department of Transportation.