Labor and Industries levied a hefty fine to WestRock Services, formerly Longview Fibre, for putting "production before people" in a workplace COVID-19 outbreak. 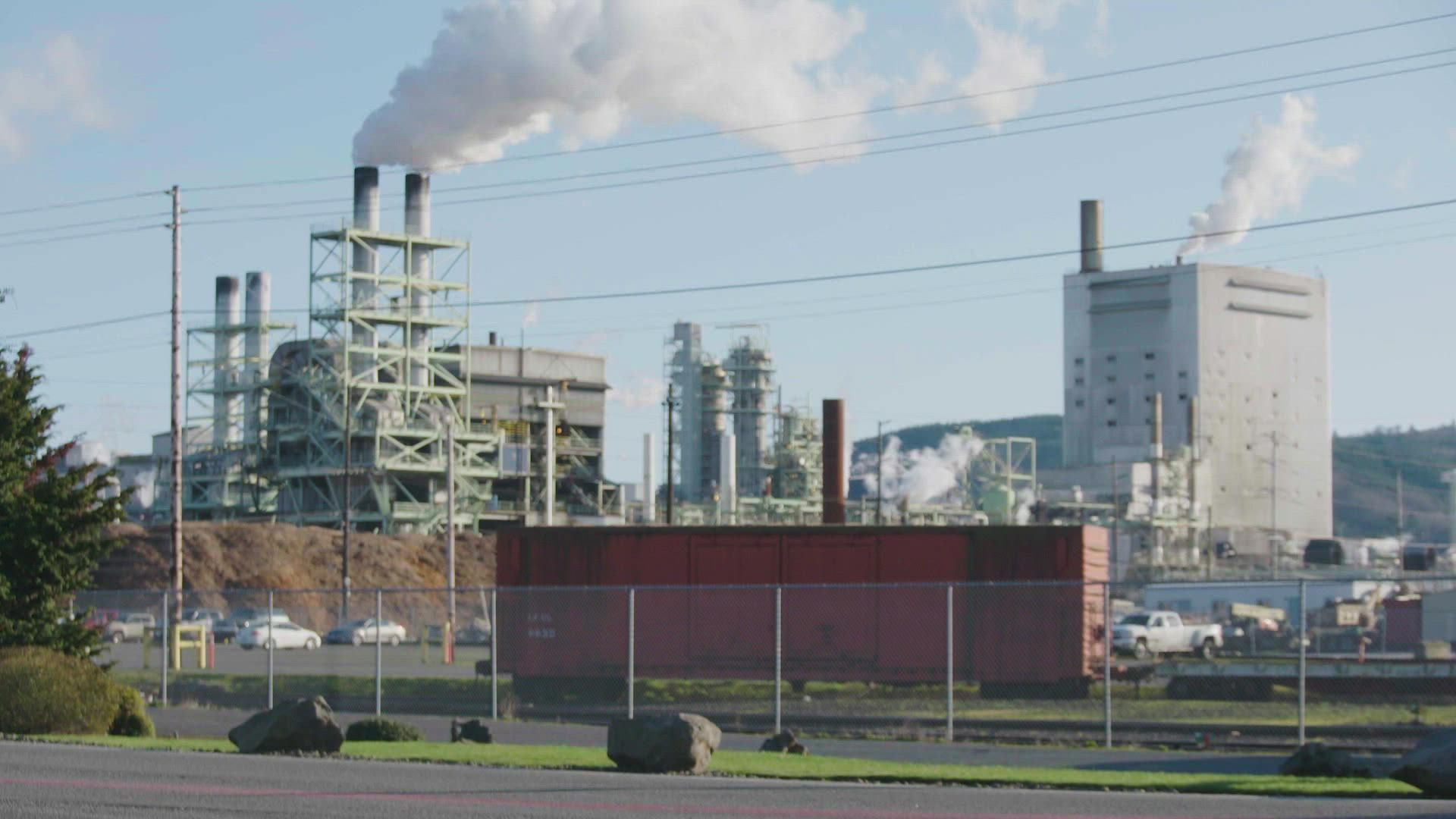 VANCOUVER, Wash. — The Washington State Department of Labor and Industries (L&I) has leveled a fine of nearly $140,000 against papermaking company WestRock Services in Longview, formerly known as Longview Fibre, after a worker died of COVID-19 and 14 others allegedly contracted the disease on the job.

State inspectors issued a citation to the papermill that included L&I’s most serious violation - "Willful Serious," which means the company knowingly put their workers in harm’s way.

“Anytime we come across an employer who’s putting production before people and not following common-sense health and safety practices to keep their workers safe, we’re going to respond aggressively every time,” Matt Ross, public affairs manager for L&I, said.

The Georgia-based WestRock is appealing the citation.

"WestRock is appealing the citation issued by L&I, which we strongly disagree with, and we are confident we will prevail in that process based on the evidence and our ongoing commitment to safety," wrote Courtney James, WestRock's director of corporate communications.

The inspectors found that in March and April of this year, one worker died and two others were hospitalized. According to the state, the outbreak occurred while the company failed to restrict sick employees from entering the facility and didn’t send at least one worker home who was clearly struggling with symptoms of COVID-19.

In that instance, the state found that a worker who was recovering from COVID reported serious symptoms to a company nurse including "difficulty walking...pain....and...shortness of breath," yet the company had him continue to work, using company-supplied oxygen.

“Another worker at the same machine had already been sent home after testing positive for COVID-19 the same morning. Losing a second worker would have added to the growing list of unavailable workforce, and instead of sending a sick employee home, WestRock had him remain on the job with supplemental oxygen," wrote L&I spokesperson Dina Lorraine.

In the citation to WestRock, state workplace safety experts explained the dangers of administering supplemental oxygen in that setting.

“Employees using supplemental oxygen without proper evaluation and administered by a qualified medical provider can develop a serious illness resulting in hospitalization or death,” the investigators wrote.

According to L&I, a formal complaint was filed with the Nursing Care Quality Assurance Commission due to concerns about the actions of the onsite nurse.

James, of WestRock, said health and safety is their top priority.

"WestRock shares the agency's goal of workplace safety, and there is nothing more important to us than the health and safety of our teammates. Since the onset of the pandemic, we have taken the proper steps to minimize and prevent the potential spread of COVID-19, including mandating the use of facial coverings and conducting symptom checks," James wrote.

Inspectors also cited WestRock for failure to report. According to the citation, the company did not report the death or the two hospitalizations to L&I’s Division of Occupational Safety and Health (DOSH).

As per state law, work-related fatalities and inpatient hospitalizations are to be reported to DOSH within eight hours as required by this standard.

“COVID is a serious workplace hazard, and when employers don’t follow common-sense safety and health practices the results can be tragic,” Joel Sacks, L&I director, wrote in a news release.