While the ferry system confirms an employee shortage, there is no evidence of a coordinated "sickout" that had been rumored. 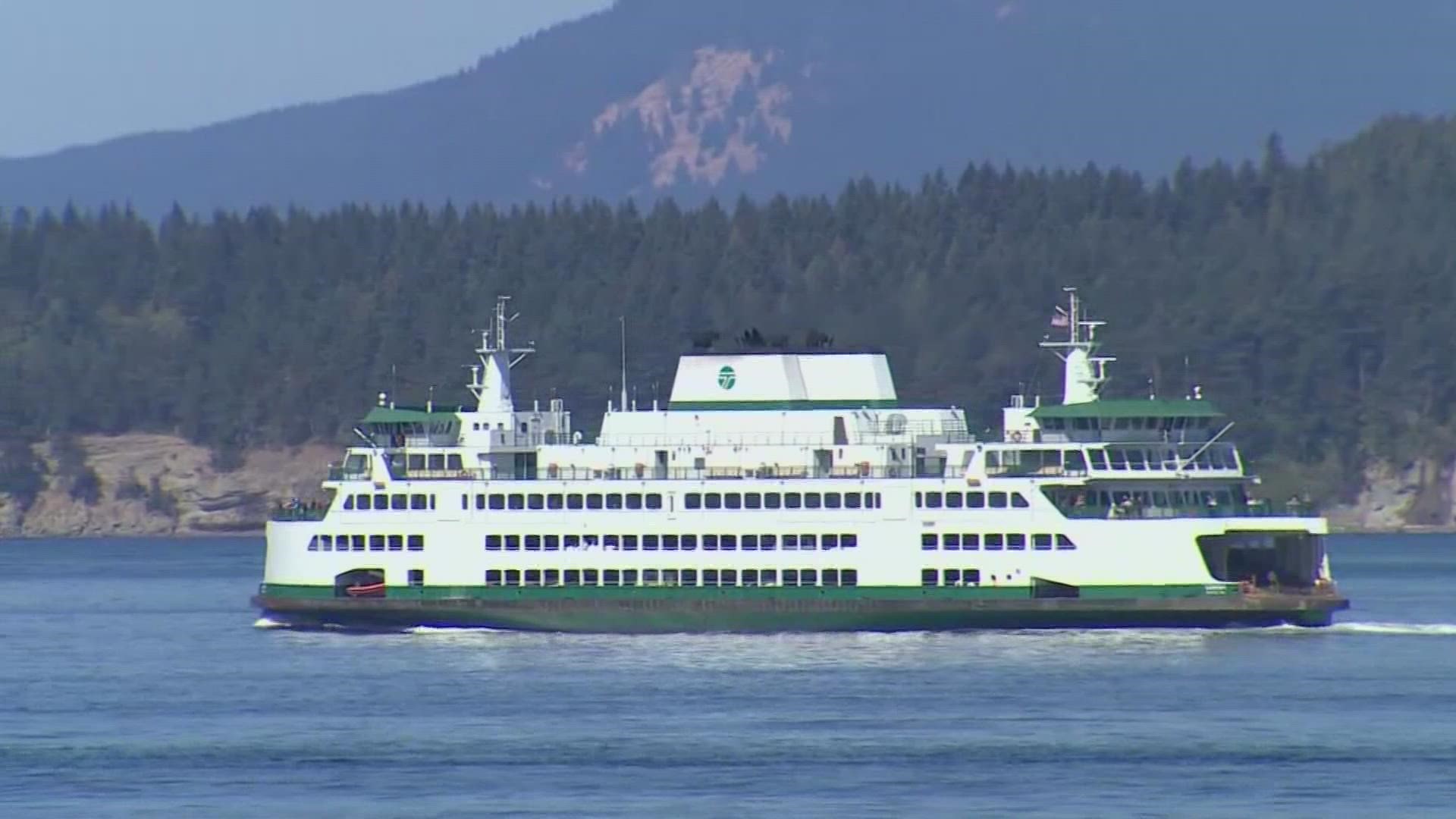 The head of Washington State Ferries (WSF) said a COVID-19 outbreak led to a staffing shortage and the mass cancellation of sailings this past weekend. Along with vessel repairs, ferry delays and cancellations could continue for weeks.

"We've had a lot of staff out, because they've tested positive with COVID, and then that has a ripple effect with other staff being quarantined," said Washington State Department of Transportation (WSDOT) Assistant Secretary Patty Rubstello, who leads the ferry system.

When asked if it was in protest, related to the state's vaccine mandates, Rubstello responded that everything that we saw is that "a lot of people were sick, COVID was clearly a part of it."

The San Juan Island runs were canceled and reservations were limited this past weekend as a result.

Dan Twohig, Regional Representative for the Masters Mates and Pilots Union, and Jay Ubelhart, President of the Inlandboatman's Union of the Pacific, both said they were surprised by the problems this past weekend, and there was no coordinated labor action.

Ubelhart said there is national staffing and training shortage for Merchant Mariners and any little blip in the system can cause problems.

"The general public has no idea what it takes to be credentialed to serve on a ferry," he said.

But those aren't the only issues crippling the state's ferry system. The Bremerton-Seattle route is down to one boat for the foreseeable future. It could be October before service is fully restored there.

"We looked at everything we could and what other options we had and the only option we had was to put a really small boat that would disrupt service even more," Rubstello said.

"Ferries are our lifeline for our community," said former San Juan County Commissioner and current Orcas Island business owner Rick Hughes.  "Any kind of disruption in the transportation infrastructure has long-term effects on our community. We need to build boats, it's as simple as that.  We had 26 at one point. Now we're down to 18 or 19 that are actually functioning."

WSF said the MV Wenatchee boat is out for repairs to the main engine. The Kaleetan is in dry dock for several repairs.  The Kittitas, Sealth, and Kennewick are also out of service.

Congressman Rick Larsen and Rubstello said it highlights the need for ferry funding, and a house financial package to electrify the fleet.  They toured Seattle's Colman Dock on Monday with the Norwegian Ambassador Anniken Krutnes, who sang the praises of electrification, suggesting Norway's fleet is on par in size with Washington.

"They are resilient, they are working well. We had issues with getting enough power to the ferry, but then we built these onshore batteries."

Rubstello added, "With electrification, our maintenance and preservation would be much smoother."