Those with latent tuberculosis are not sick and cannot infect anyone. The elephant exhibit poses no health risk to the public. 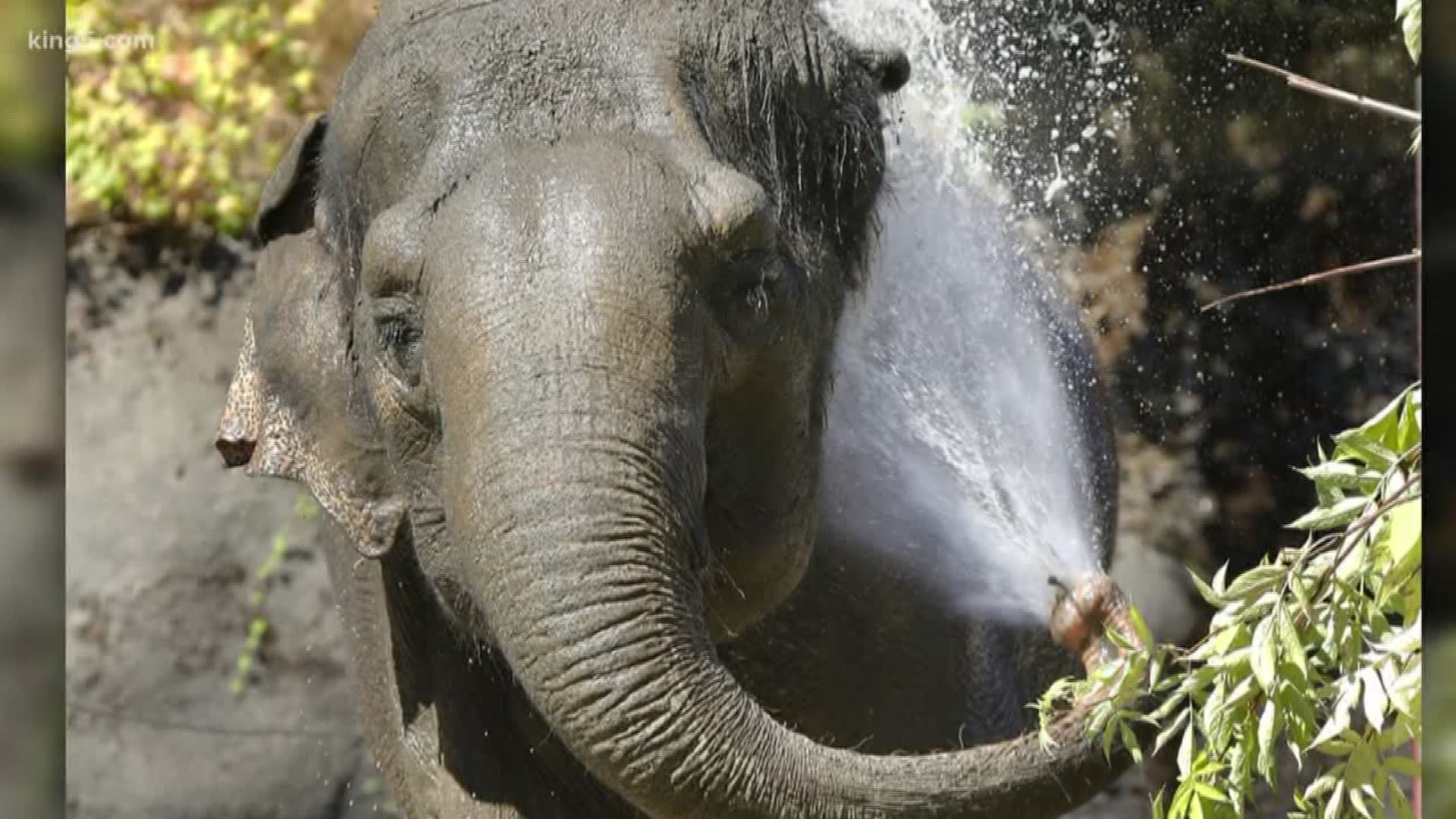 Editor's note: The above video is from a previous story on Hanako the elephant.

TACOMA, Wash. - Point Defiance Zoo & Aquarium officials said they are taking extra steps to ensure the health and safety of their staff, visitors and animals after some staff members who work with and around elephants tested positive for latent tuberculosis (TB) infection.

Tuberculosis spreads only in the active stage. Currently, tests show no active cases of the disease in people.

Those with latent tuberculosis are not sick and cannot infect anyone, according to Tacoma-Pierce County Health Department Public Health Nurse Matthew Rollosson.

County health officials tested the elephant exhibit and deemed it safe for the public.

“You have to spend a lot of time close to a person or animal with active TB to catch the disease,” Rollosson said.

The disease has two stages: latent and active. Most people with latent TB never develop active TB, and the disease is not contagious at the latent stage. A positive test does not mean someone has active TB but instead, has been exposed to the bacteria. Individuals with latent TB infection can be treated with antibiotics to prevent active TB disease from developing.

The zoo’s two elephants, Hanako and Suki, are not showing any symptoms of active tuberculosis, according to Dr. Karen Wolf, the zoo’s head veterinarian.

Test results on the elephants are pending.

Hanako and Suki will continue to spend time in their outdoor habitat, which provides a physical barrier of more than 14 feet from the public.

In Washington, there are around 200 cases annually and between 15 and 25 every year in Pierce County. Tuberculosis has been reported in elephants as far back as 1875 and occurs in elephants in the wild and zoos.