Face coverings are required at all times on the St. Martin's campus in Lacey. 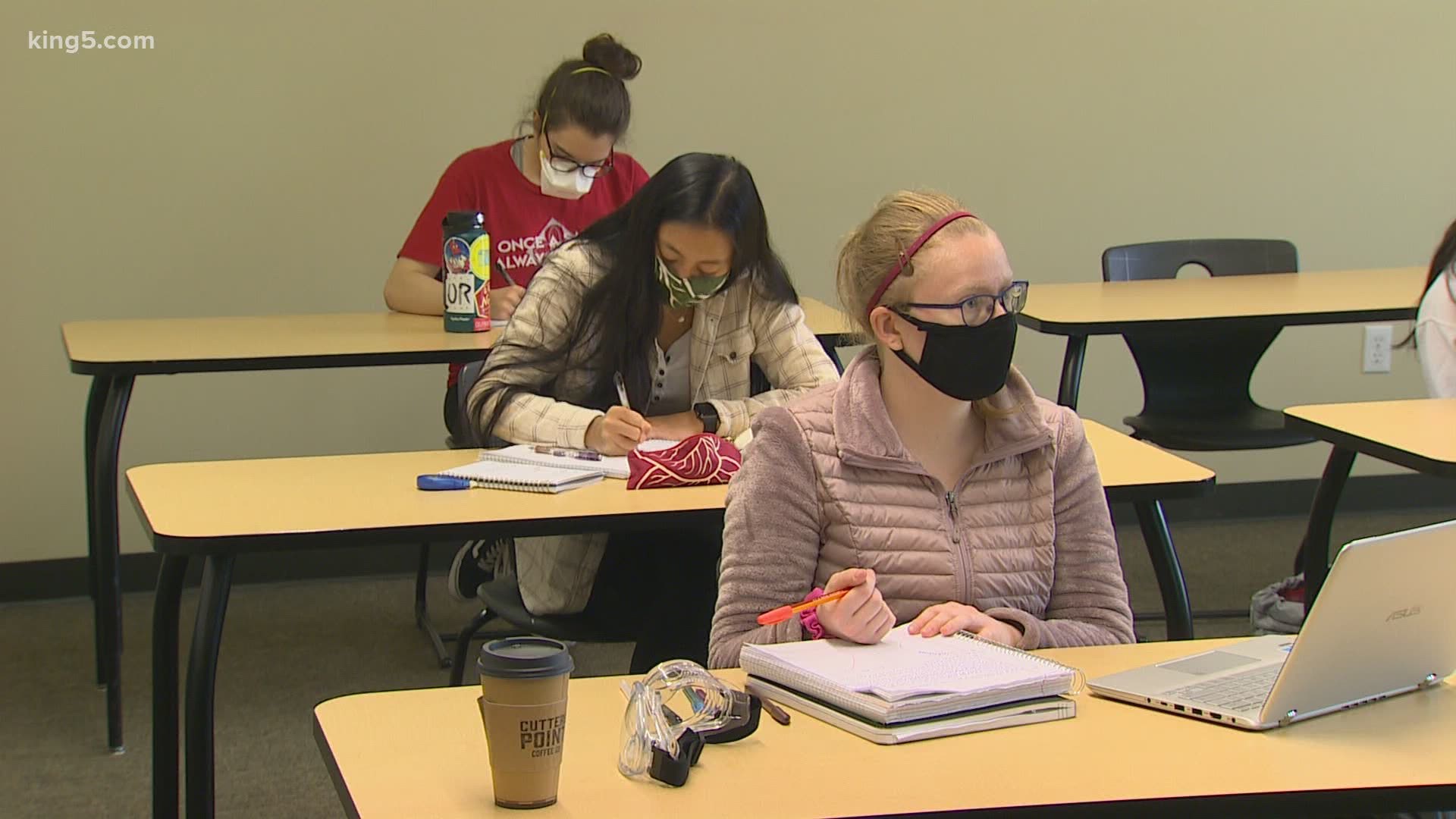 LACEY, Wash — While most public schools in the state have gone online for lessons this school year, more than half of the students at St. Martin’s University are getting some in-person instruction.

When the private school started on the Lacey campus three weeks ago, about one-third of the classes were online-only, one-third were in-person full time, and the remaining third were a mix of in-person and online instruction, according to a college spokesperson.

“I feel more confident than I was in the summer,” said Dr. Aaron Coby, who has had to get used to delivering lectures in a mask, speaking to students in-person and online simultaneously.

But he said there’s nothing like the face-to-face interaction, which his students get twice a week now, instead of the usual five days a week.

His biology class of 24 was split into two groups.

One group is in class Mondays and Wednesdays, spread out from other students, and wearing masks for the entire 50 minutes of class.

The other group comes to the room Tuesdays and Thursdays.

When the students are not in class, they watch the lectures live online.

All of his students meet together in a group Zoom call Fridays.

Coby said he feels safe being in a classroom with the students.

“I’m seeing the students walking around with their masks on, keeping distance. The density of students is down because some of our classes are online and everybody’s doing what they’re being asked to do,” said Coby.

New student Malia Pinder said she feels lucky because most of her high school friends are at schools that are only online.

The school is conducting random COVID-19 tests on campus twice a week. Students can decline to be tested, said a school spokesperson who said one student has tested positive since the start of the school year.

When campus shuts down for Thanksgiving, students won’t return to class until after the new year.

The school hopes keeping students off-campus over the holidays will reduce the chance for an increase in cases.