The fire was under control by 10:30 a.m. West Pierce Fire said crews were “focusing on the hazardous materials from firefighting efforts.” 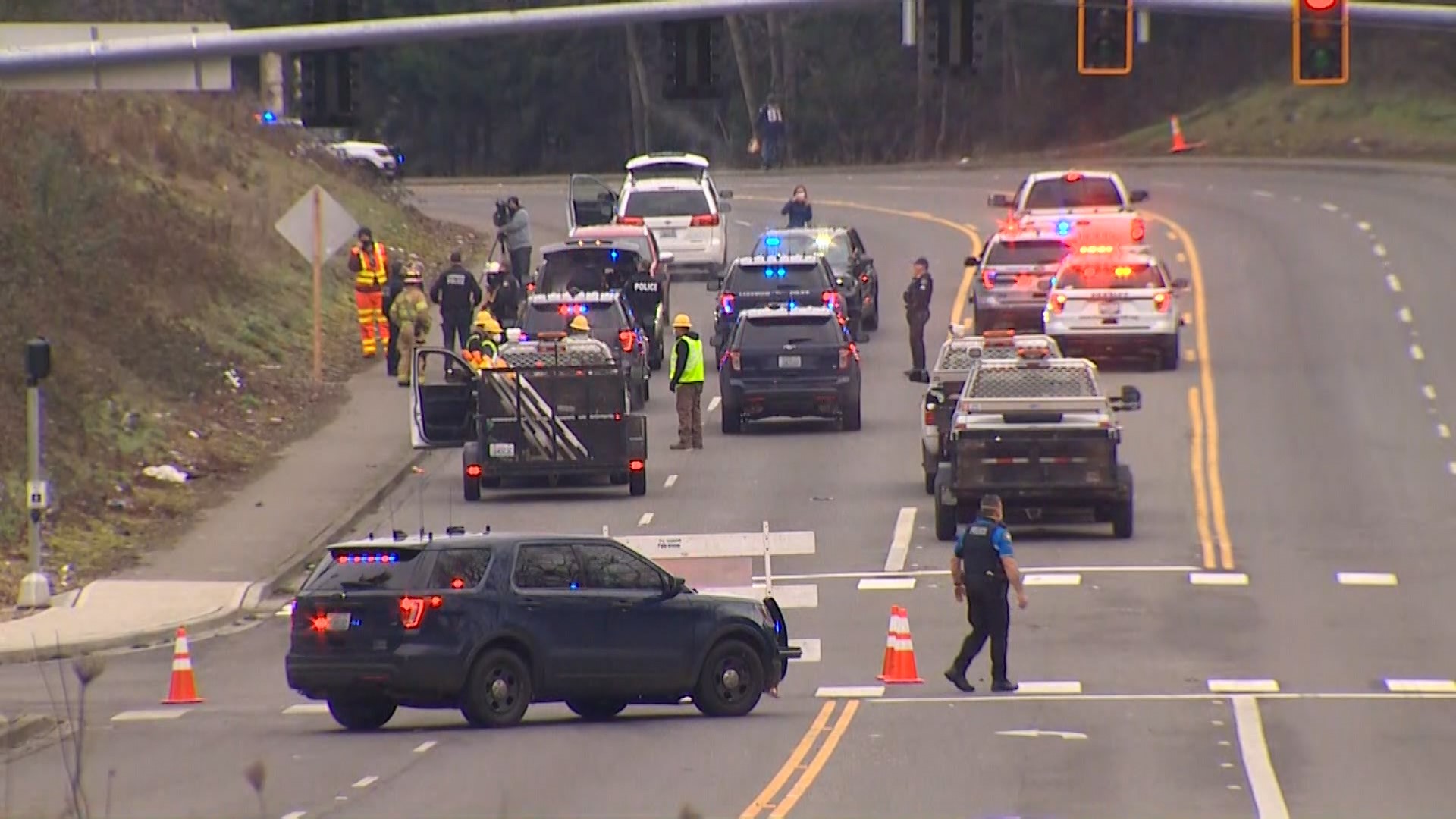 LAKEWOOD, Wash. — Residents and businesses in Lakewood were evacuated Wednesday morning due to toxic smoke from an industrial fire.

As firefighters entered the building, they found that the fire was approaching the hazardous materials. McCurdy said crews then exited the building, “went into a defensive fire attack strategy, and called in our Pierce County hazardous incident team.”

Residents within a half-mile of the fire were initially asked to evacuate the area. The evacuation notice has since been lifted.

West Pierce Fire said if you live or work in the area but have not received evacuation orders, you should stay inside and close your doors and windows.

Westbound SR 512 was closed from milepost 2.2 near SR 7 and Pacific Ave. for over an hour but reopened around 9:25 a.m., according to Washington State Patrol Trooper Ryan Burke. The north and southbound I-5 off-ramps to eastbound SR 512 were also closed to traffic.

Steele St S from 96th St to Highway 512 is currently closed due to the fire.

The fire was under control by 10:30 a.m. and West Pierce Fire said crews were “focusing on the hazardous materials from firefighting efforts.”

Officials said crews will be on scene for several hours.

This story will be updated as more information becomes available.