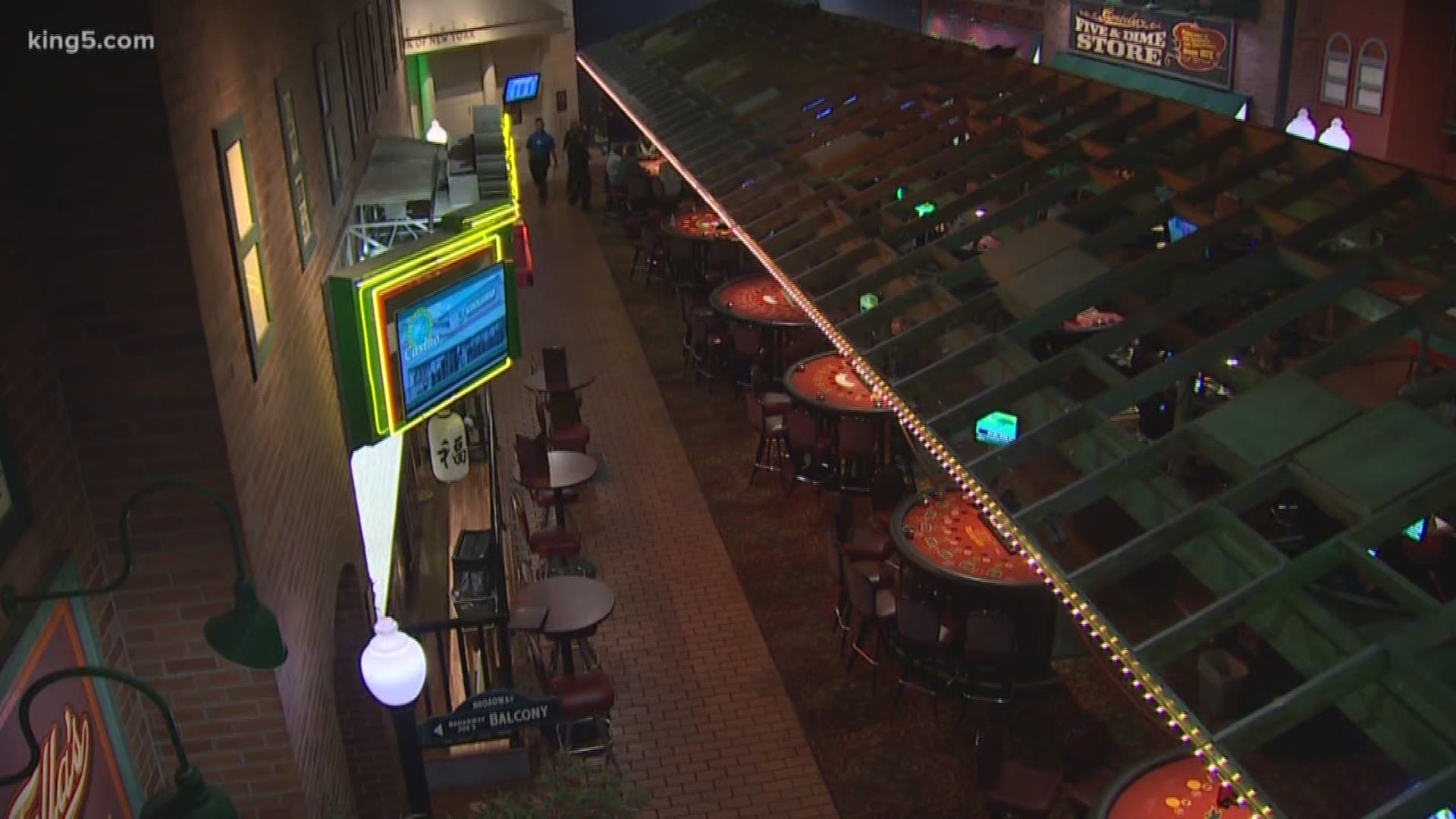 OLYMPIA, Wash. — Editor's note: An amended bill cleared the Washington state House on Feb. 13. The Seattle Times reports: "For now, the legislation would limit any sports gambling within tribal casinos, of which there are 29 operating within the state." Learn more about House Bill 2638

Some Washington lawmakers want to legalize sports gambling in the state, but where and how the bets can be made is still up for debate.

One would limit it to tribal casinos.

The other would allow it at tribal casinos, privately-owned cardrooms and via mobile devices.

Sen. Curtis King, R-Yakima, sponsors the bill to allow it in the cardrooms.

He said charging cardroom owners $500,000 for sports betting licenses would generate funding for the state.

King’s bill has the support of Eric Persson.

He owns Maverick Gaming, the operator of nearly half the cardrooms in the state.

Persson said his company should have the same advantage as the tribes.

“All we’re saying is, let’s get out there and compete,” said Persson.

The Chairman of the Puyallup Tribe, David Bean, was one of several tribal leaders who testified in favor of the bill to only allow sports betting in tribal casinos.

He said the tribes already have proven systems in place to regulate gambling and to keep kids away from it.

“You know us, you trust us,” said Chairman Bean.

Washington Superintendent of Public Instruction Chris Reykdal told senators he’s concerned about the bill to allow gamblers to bet with their cell phones.

“I would urge you not to expand any form of gaming in this state, in any way, until there is sufficient software and technology that’s actually going to keep young people from accessing it,” said Reykdal.