WSDOT looks into high-speed train from Spokane to Seattle

The East-West Corridor would theoretically connect to the BNSF mainline south of Seattle. 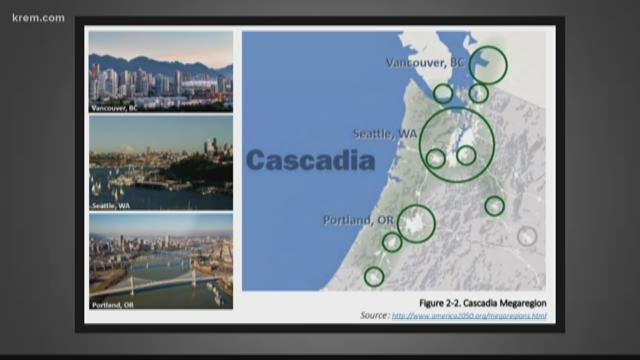 SPOKANE, Wash. – The Washington Department of Transportation is looking into how a high-speed train from Spokane to Seattle would work.

Back in December, the Washington DOT published a study that looked at how well an ultra-high-speed Train system would work in the Cascadia Mega region, which includes Portland, Seattle and Vancouver, British Columbia area. It spans about 350 miles.

The report also looked at adding a new train line from Seattle to Spokane. It is referred to as the East-West corridor in the study. Many people have said they would love a quicker way to get to the west side.

"I definitely would use it. I would love to be able to get over to Seattle relatively quickly and without having to spend a lot of gas money I think it's going to be a very highly use thing," Chip Mielke said.

The East-West Corridor would theoretically connect to the BNSF mainline south of Seattle. It would run along Stampede pass and go through Ellensburg, Yakima, Tri Cities and on to Spokane. There would be six round trips a day.

But here is the thing, the idea does not include ultra-high-speed trains. At most, the trains would go about 90 miles per hour, which is still faster than the 76 miles per hour speed the passenger trains currently go from Spokane to Seattle.

A Department of Transportation spokesperson said any changes to the rail system like this could be years away and they are still looking into it. Governor Jay Inslee has asked for $3.6 million from the state budget to continue to study the feasibility of ultra-high-speed trains.