Plow drivers threatened, yelled at during snow removal in Spokane

These incidents and others have prompted conversations about the possibility of putting GoPro cameras in the plow drivers’ vehicles. 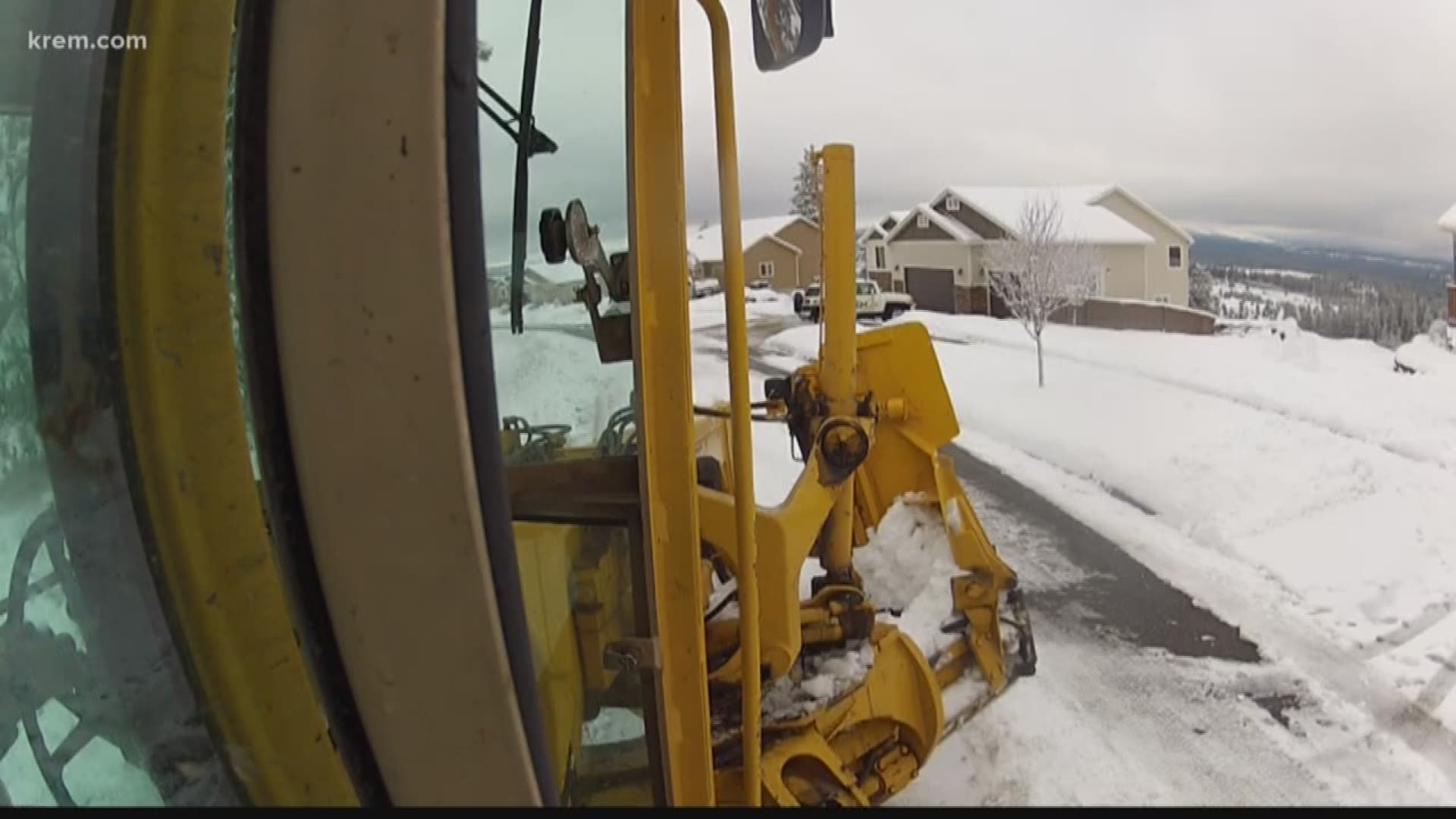 SPOKANE, Wash. — Two Spokane County plow drivers were threatened and yelled at over two days during snow removal in Spokane.

According to Spokane County spokesperson Martha Lou Wheatley-Billeter, a Spokane man was upset about a berm in his driveway on Wednesday morning. He then began to yell at the plow driver and climbed on the equipment before the driver called 911.

According to Wheatley-Billeter, the man had a holstered gun but did not threaten the driver with it. Spokane County Sheriff’s deputies responded but did not charge the man with a crime since he had a permit to carry the gun.

On Thursday morning, another angry Spokane resident told a plow driver not to plow a berm into his driveway, according to Wheatley-Billeter. She added that the man told the driver he may need to “go inside and get his shotgun.”

Sheriff’s deputies responded but the man was not charged with a crime. He said he was willing to apologize to the plow driver.

Spokane County Sheriff Ozzie Knezovich said "There are proper ways to address the snow plow concerns and intimidation is not one of them.”

These incidents and others have prompted conversations about the possibility of putting GoPro cameras in the plow drivers’ vehicles, Wheatley-Billeter said.

“We’re trying to work with the public. We’re not trying to throw people in jail. We’re just trying to do our jobs,” she added.

Wheatley-Billeter said the cameras could deter people from causing problems with plow drivers and would, in the case of an incident, record what happened.

Before the county can begin putting cameras inside the plows, Wheatley-Billeter said it has to consider cost estimates and the best place to put the cameras to help prevent incidents from happening.

She said incidents like this happen every winter depending on the severity of the season or series of winter storms.

County crews must first focus on plowing emergency routes, primary arterials and secondary arterials before working in neighborhoods. Wheatley-Billeter said they have been working 10 to 14 hours shifts around the clock for eight days straight.

The county is testing snow gates in two neighborhoods to avoid leaving berms on driveways, Wheatley-Billeter added. They each cost $25,000, including the installation of the gates.

“We will never have gates throughout the entire county road system because they can only be used in urban, residential areas,” she said.