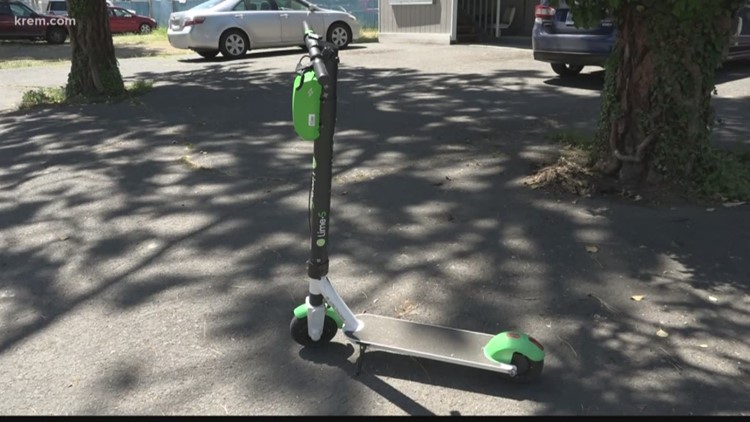 SPOKANE, Wash. — A woman suffered injuries after a collision with a truck in North Spokane on Tuesday afternoon.

According to Spokane Police Sgt. Terry Preuninger, a woman was riding a Lime scooter when a collision occurred between her and a truck at the intersection of G St. and Princeton Ave.

While originally reported as life-threatening injuries, Preuninger said the woman suffered a serious concussion and required stitches, but her life is not in danger.

Preuninger added that the driver of the truck doesn't appear to be at fault.

The truck was driving south on G St. when the scooter crossed in front of it and was hit, according to Preuninger. He also said the rider wasn't wearing a helmet.

Editor's Note: The following video is a report on laws prohibiting Lime scooters being used on sidewalks downtown.