The Office of Police Accountability says it has 28 pending investigations related to recent protests. 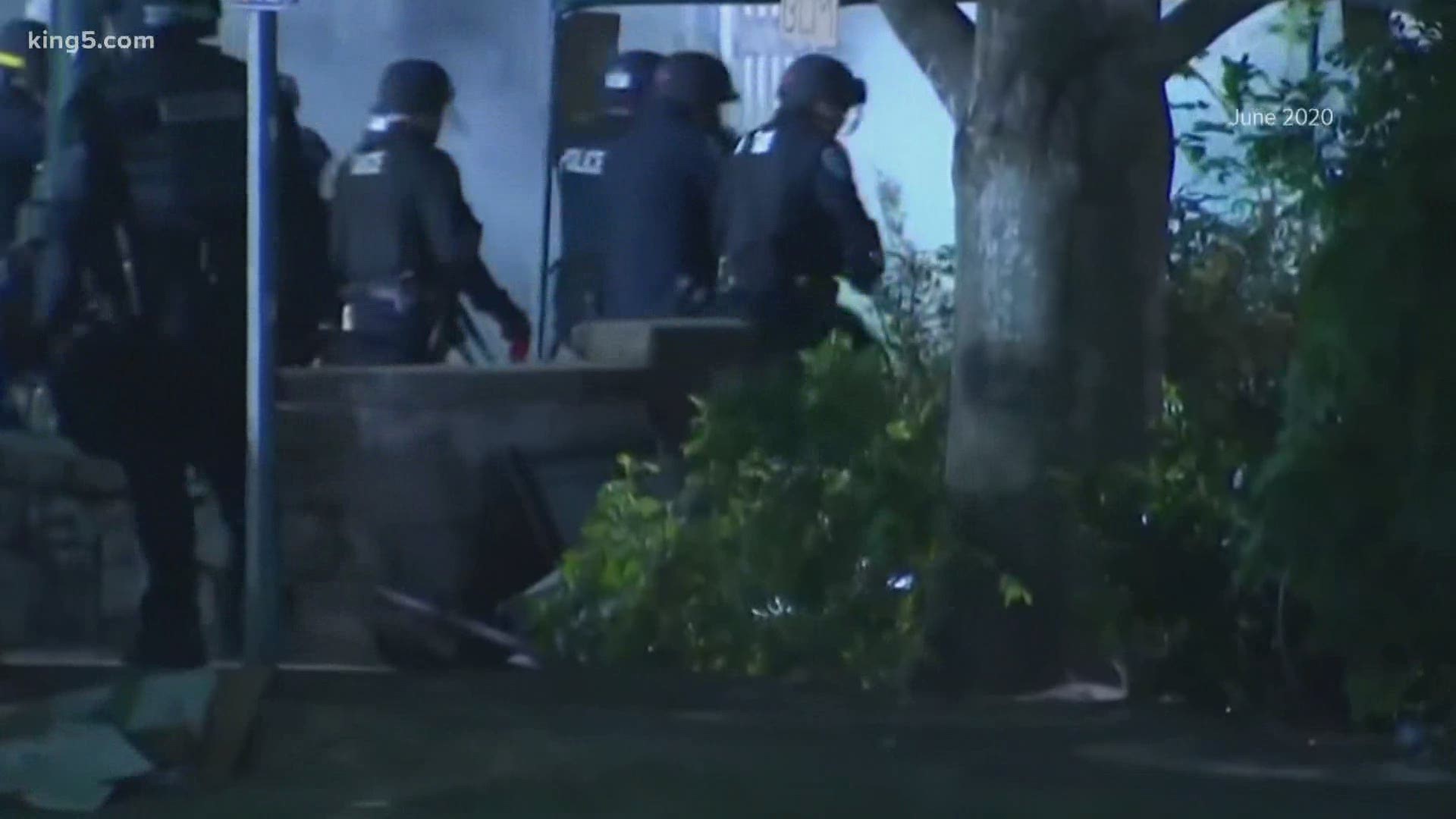 SEATTLE — Demonstrations have been underway in Seattle most of June, with clashes turning violent at times between protesters and police.

During a Public Safety and Human Services meeting on Tuesday, Director of the Office of Police Accountability (OPA) Andrew Myerberg said his office has 28 pending investigations related to the recent protests.

"Every single one of these cases will go through not only our civilian supervisors, but also through me," Myerberg said.

OPA has received about 18,000 emails, phones calls, and contacts from the community about the protests, according to Myerberg.

"The vast majority of those were related to the pepper spraying of the young boy," Myerberg said.

RELATED: 'Sheer terror': Woman recalls getting hit in the face with rubber bullet during Seattle protest

There have also been complaints about the Seattle Police Department's use of force. Chief Carmen Best has said demonstrators violently targeted officers, and police did use tear gas.

When asked about the police use of tear gas on June 15, the chief said it "can often be a less lethal way of dispersing a crowd. It has been determined to be less dangerous to do that."

The chief went on to say that it is clear to the department that people do want the officers to use tear gas.

A Seattle judge has banned police from using tear gas chemical weapons at protests through September unless there is a threat to life or safety.

In a letter released Tuesday, the chief put the focus on re-envisioning public safety.

The chief went on to say it is clear the processes and policies are no longer enough to maintain the trust of the community.

SPD says it committed to working with the community, and is considering ideas like adding a community member to the department's command staff, assessing non-criminal 911 calls, current outcomes and alternate response, and aligning the department's mission to reflect humanization and not criminalization.

SPD has a list of initial ideas, but the department says it plans to seek input from police officers and civilians as they redesign the SPD's mission and structure.