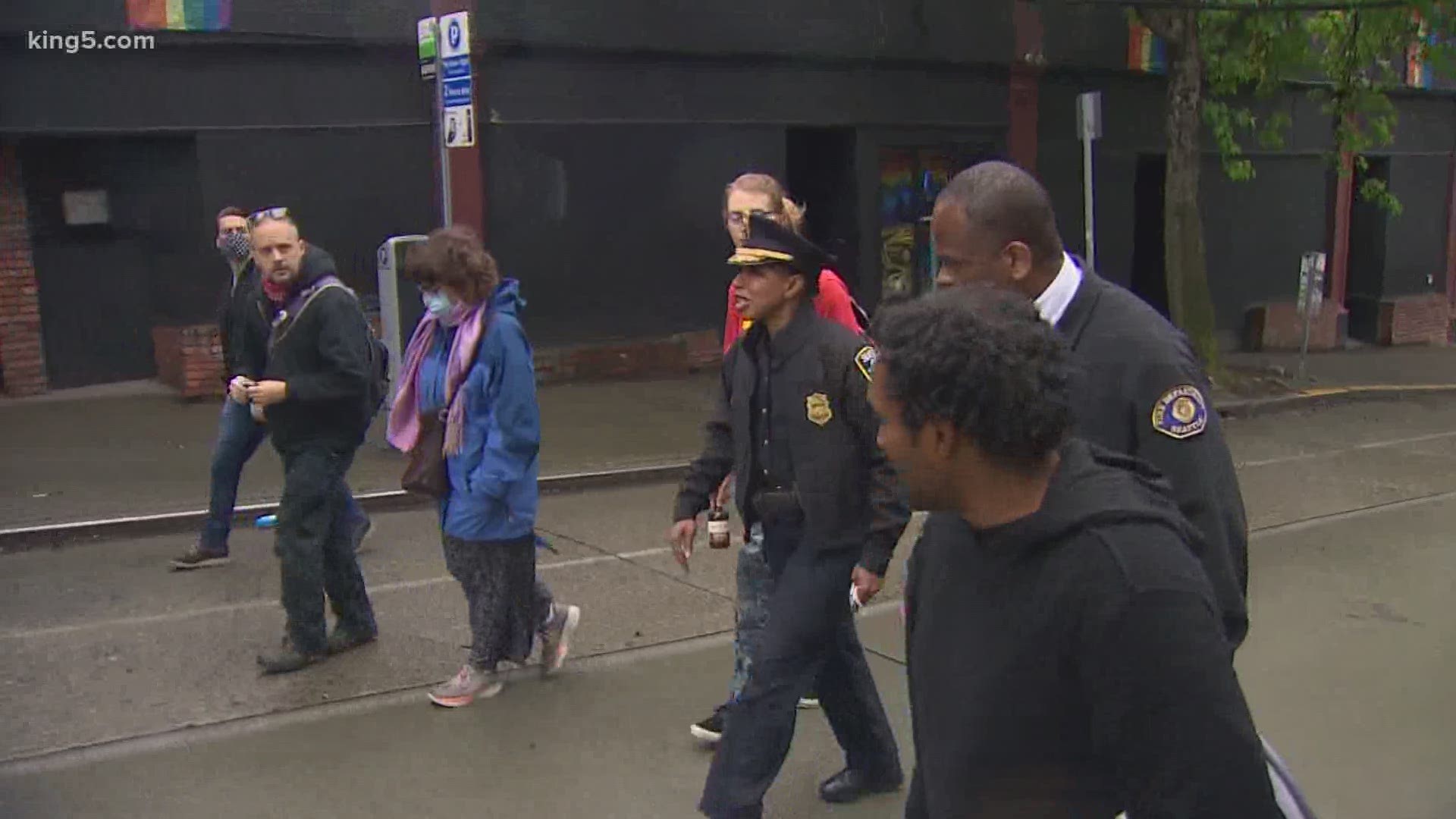 SEATTLE — Editor's note: The above video aired at an earlier date.

Seattle Police Chief Carmen Best appeared on "Face the Nation" on Sunday morning to discuss the Capitol Hill Organized Protest (CHOP) zone, and how the future of policing in the city will change in response to local and national demonstrations.

The Capitol Hill Organized Protest zone (originally called the Capitol Hill Autonomous Zone, or CHAZ, by protesters) has garnered national attention, especially after President Trump tweeted at Gov. Jay Inslee and Mayor Jenny Durkan to "reclaim" the city or else he would.

The police chief had an 'epiphany' of sorts after attending a march at CHOP.

"What I believe, especially after I was at a march yesterday, or the day before yesterday with Black Lives Matter, and I was looking at the 60,000 people that were there, signs saying, you know, defund the police, stop police brutality, you know, no qualified immunity. And there were thousands of people carrying those particular signs. And I just realized it was a moment, an epiphany, that this is a pivotal moment in history. We are going to move in a different direction and policing will never be the same as it was before," Best said during the interview on "Face the Nation."

Best said that given what has happened nationally and locally, her job as police chief will be changed forever.

In the interview, Best did not discuss any specific action that will be taken going forward, except for the measures already put in place like banning tear gas.

However, she did express interest in returning to the East Precinct, which was vacated after police couldn't hold it down from protesters.

Best said it was unclear when the occupation would end, and part of the challenge with that is identifying the specific demands the community has and defining a leader to negotiate with.

"I know they're watching and listening that we're going to change in policing. We have to. It has to be a movement that involves everybody. And we need to reimagine and refigure out, if you will, how we're going to move forward as a country and as an organization to make things better for everybody. It's incredibly difficult, but with every challenge, there's opportunity. There's opportunity to move forward and bring people together and get positive change. I absolutely believe that. Some stressful situations are not going to deviate me or my organization from leading the way in trying to make things better for all of us," she said.