Space Needle seals Seattle time capsule to be opened in 2062 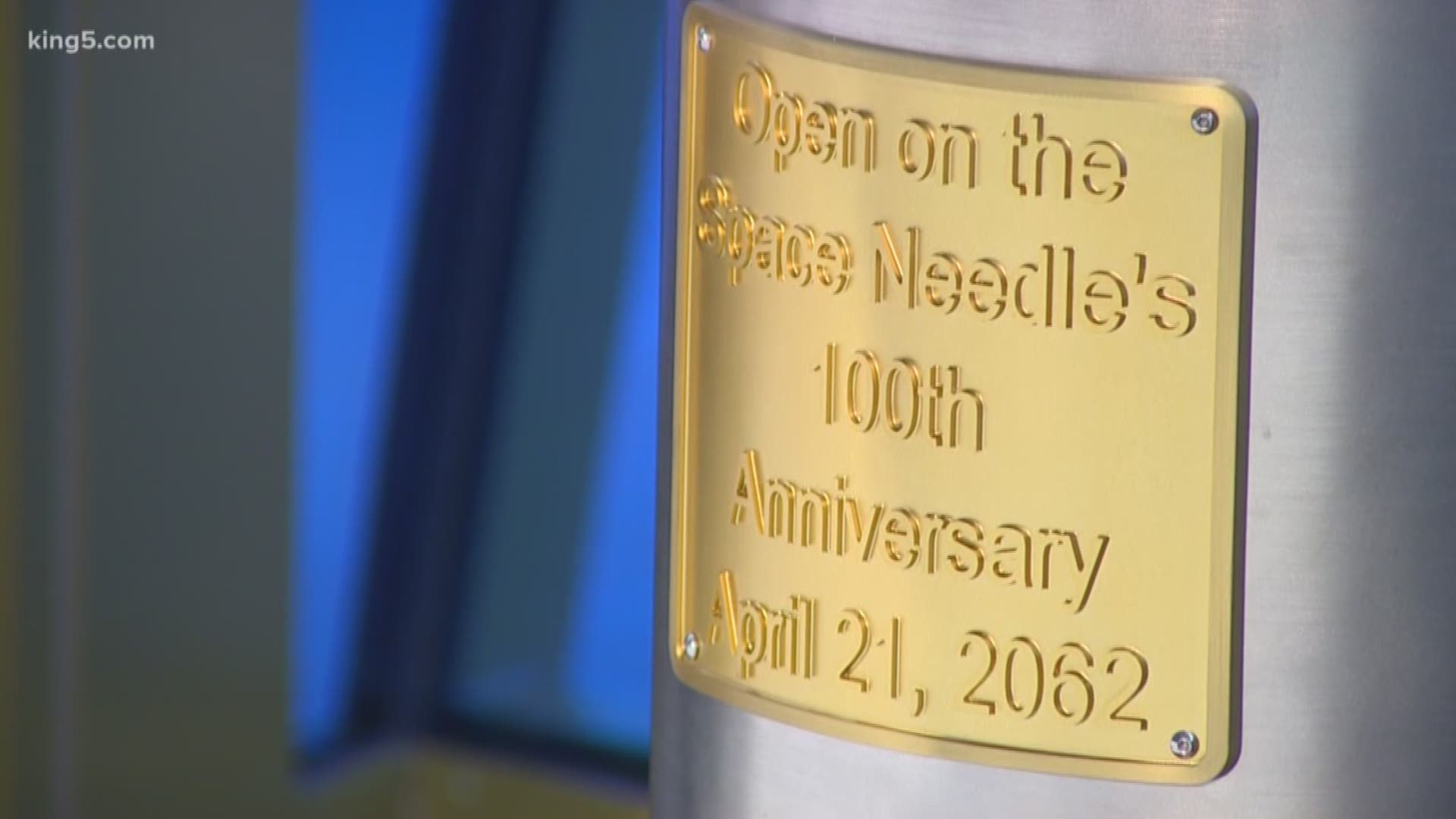 The Space Needle sealed a time capsule Monday morning that won't be opened until April 21, 2062 — the Space Needle's 100th anniversary.

More than 100 items were tucked inside for nearly 43 years.

Among the items are rare Nirvana vinyl records, a list of names being considered for the new NHL Seattle hockey team, baseballs signed by Mariners legends, and a special bottle of Washington wine. However, the Space Needle decided to keep some of the items a secret until it's opened, only unveiling certain contents of the time capsule.

The first five items were placed inside back in May, when the time capsule was unveiled:

The capsule, which is made of stainless steel and aluminum, weighs more than 160 pounds, is 16 inches wide and stands 42 inches tall.