Box fans are being used to cool down students and teachers while crews work to repair aging HVAC system. 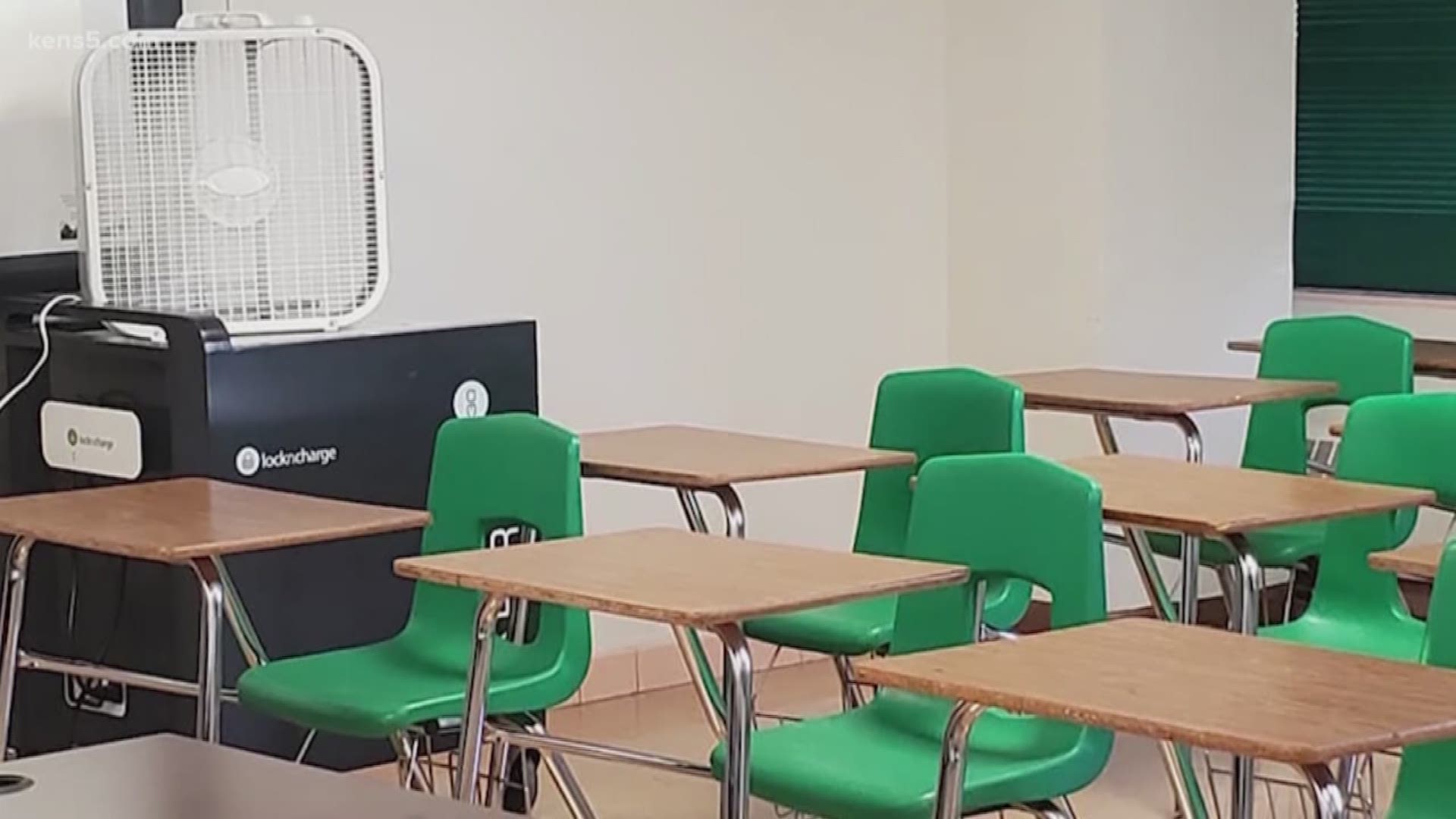 Some classrooms on the second floor of Sam Houston High School are reporting temperatures of 86 degrees, said the organization. The pictures posted to the group's Facebook page show some classrooms are making due with box fans.

San Antonio Alliance of Teachers President Shelley Potter said this issue was brought up to SAISD last week when teachers were setting up their classrooms.

"We had teachers complaining about being light-headed, having headaches, basically the symptoms of heat exhaustion," Potter said. "They told us it would be fixed by 3 p.m. last Thursday, so we're very concerned."

SAISD spokesperson Leslie Price said this is one of their older schools, so issues like this are bound to come up. "That's what happens when you have a school district that's more than a hundred years old," she said.

Price said a $33 million renovation project is already underway at Sam Houston High School. A portion of that money will go toward the HVAC system.

"We feel for the teachers and the students and the staff there," Price said. "It's unfortunate, but it's so hot out there. We've got 92 schools and there's always the chance that there could be an A/C issue."

In the meantime, Price said they have crews on standby ready to help where they can. "We do have teams out there working on them," Price said. "They came out at six this morning."

Some classes at Sam Houston were relocated to other, cooler parts of the campus.

Potter wants the district to supply portable A/C units to the classrooms without proper airflow. She said the box fans they've handed out are only pushing around hot air.

"Something needs to be done," Potter said. "It's not fair to have kids in that sort of situation."

SAISD wouldn't allow KENS 5 to go on campus to see the conditions. Price said that would be a distraction to students.

Potter said this heat is enough to hinder students from learning. "It makes you really tired, it makes you grouchy," Potter said. "It's a big problem. It is not the kind of start you want to have to the school year."

There was also an A/C outage on the third floor of Fox Tech Monday morning. Those students were relocated to the Alamo Convocation Center for the remainder of the day.

RELATED: SAISD kicks off a new school year; School zones are back in effect

As of 5 p.m. Monday, Price said the work at Sam Houston High School will be completed sometime Tuesday. While repairs were made to the air handlers in the hallway on the second floor that had issues, more repair needs were identified. While work is being done in that section tomorrow, students will be moved to cool areas within the building.

At the Fox Tech campus, Price said six classrooms are still without A/C. The students in those classrooms will be moved to another area of the campus tomorrow.  Repairs are expected to be completed sometime Tuesday or Wednesday.

'Wedding crasher' wanted | Why investigators fear there may be more victims