The nurse was coming back from giving food to her fellow frontline nurses. She was rescued by two soldiers and had relatively minor injuries. 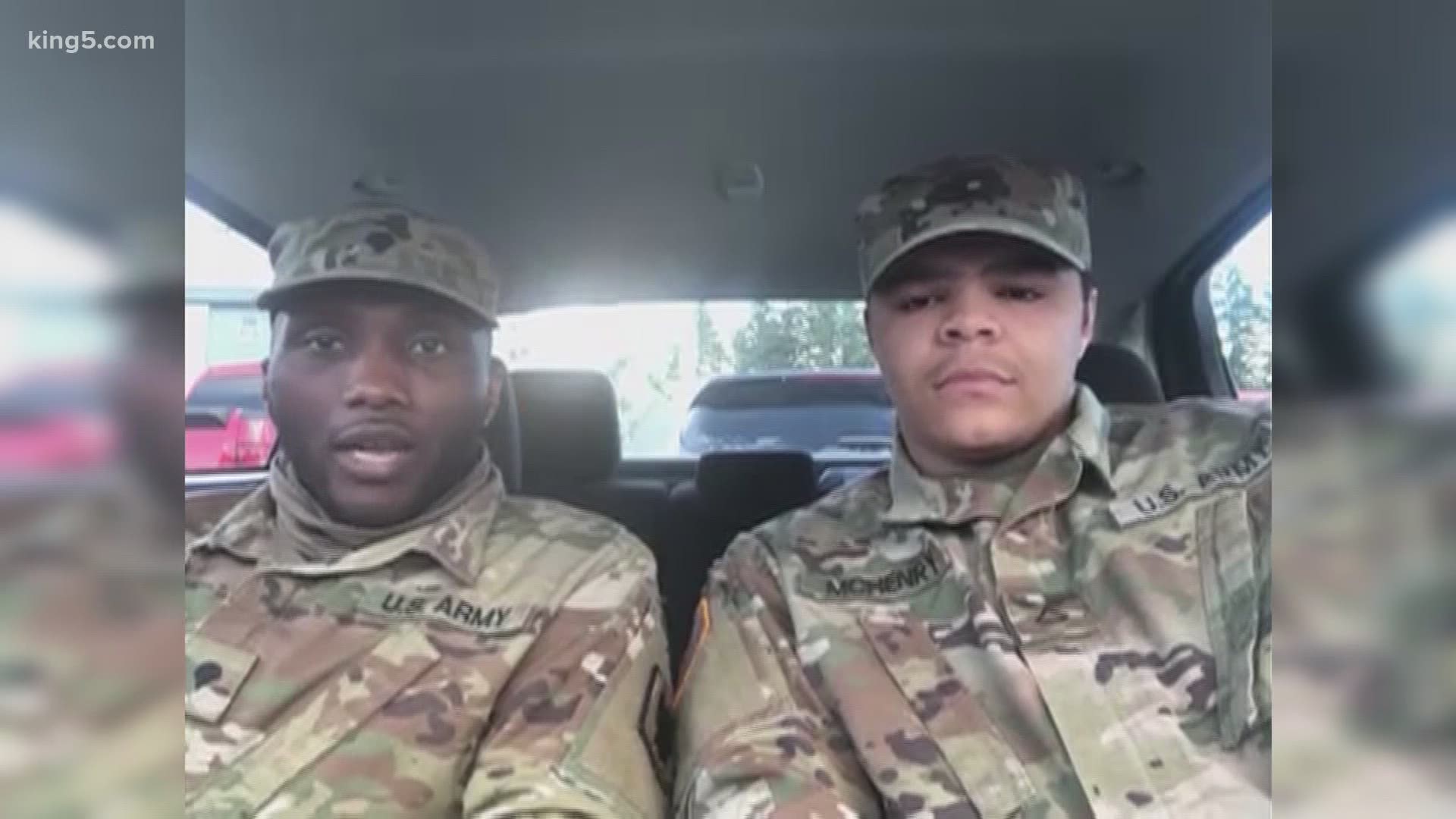 LAKEWOOD, Wash. — Two soldiers who were on their way to get a meal on Friday night said they were in the right place at the right time when a driver going 100 miles per hour crashed into a Lakewood woman, ripping her car in half and leaving her trapped in the driver’s seat.

Private Jeremy McHenry said he and Specialist Anwar Hayes heard the impact of the crash first, then saw the wreckage scattered on the roadway.

“It looked like confetti, but it was debris from the car,” said Hayes.

McHenry said he saw the white sedan smoking and before he could think, he had jumped out of his car.

“I heard her screaming,” he said. “I just took off running because the only thing in my mind is ‘I have to get her out of this car because I don’t know if it’s going to catch on fire.’”

RELATED: ‘It’s a miracle’: Front line nurse recovering after crash that tore car in half

“I was completely shocked because the back half of the car was gone in another parking lot. The right side of the car was caved in.” McHenry said he was even more shocked to see that the woman in the car, 63-year-old nurse Linda Johnson, did not seem to have major injuries.

“It was absolutely a miracle that she was alive because had she been in any other position in the car, had there been anybody else in that car, they would absolutely be dead,” he said.

Johnson’s daughter Katie Johnson said her mother’s body is bruised and she suffered a few broken toes, but she is otherwise expected to be fine.

Katie said the other driver had a suspended license and no insurance and was not severely injured. Johnson lost her car and her cell phone in the crash and is unable to work. Her family set up a GoFundMe account to raise money for her recovery.

McHenry said he would like to see people donate to Johnson’s recovery.

“Her job is literally a service to the community and it’s a tragic shame that this happened to her,” he said. “This whole accident has completely changed her life in a matter of one just one day and I think she needs all the help she can get.”

McHenry also said he and Hayes do not consider themselves heroes.

“That’s just our job as soldiers,” he said. “We’re supposed to be of service to this country and protect it from foreign threats and domestic threats.”