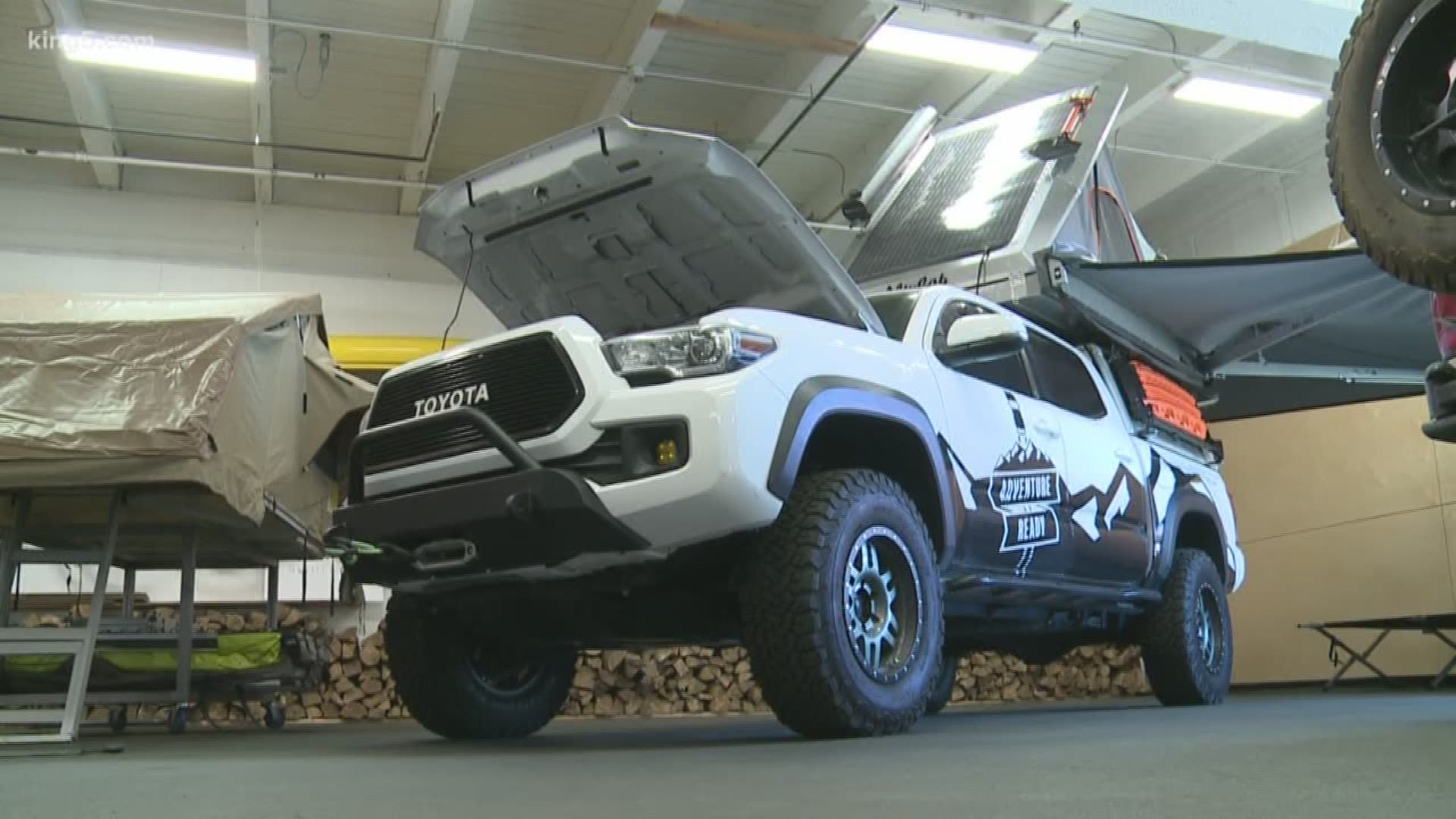 If you love the beauty of the Pacific Northwest wilderness but also love your cell phone and refrigerator, a Seattle company has the perfect tent gear for your backcountry travel.

"That is designed to recharge the auxiliary batteries in the vehicle, whether you're moving or sitting still," explained Tom Herzog. "That solar panel is running the power from the sun through the panel into a charge controller that's conditioning the power to allow the batteries to accept it."

"We have ground lighting for being at camp, so you don't have to use your headlamp to blind everybody," Herzog said. "We have a portable refrigerator built into the back of the truck that slides out, so you don't have to worry about having ice in your cooler and soggy food. That runs off the batteries."

For Herzog, it's reflective of the fast-growing solar revolution as panels move down in both size and cost.

"The technology in the panels has gotten such that the panels have gotten smaller and produce the same amount of power, which makes them more portable, makes them easier to install, and makes them more affordable," Herzog said. "I think the ultimate goal would be to not have to have an engine. There are a lot of electric vehicles around, but you still have to plug them in. As the technology for solar power increases, you might not even have to plug your vehicle in. You just go. Because you got solar power panels built into the roof. You have them build into the hood. You have them built in anywhere everywhere. The technology is changing just like computers. Every year we're seeing new stuff come out that's mind-blowing compared to what was out five years ago."