Days of heavy snowfall have piled up in Snohomish County and snow-laden trees snapped powerlines. 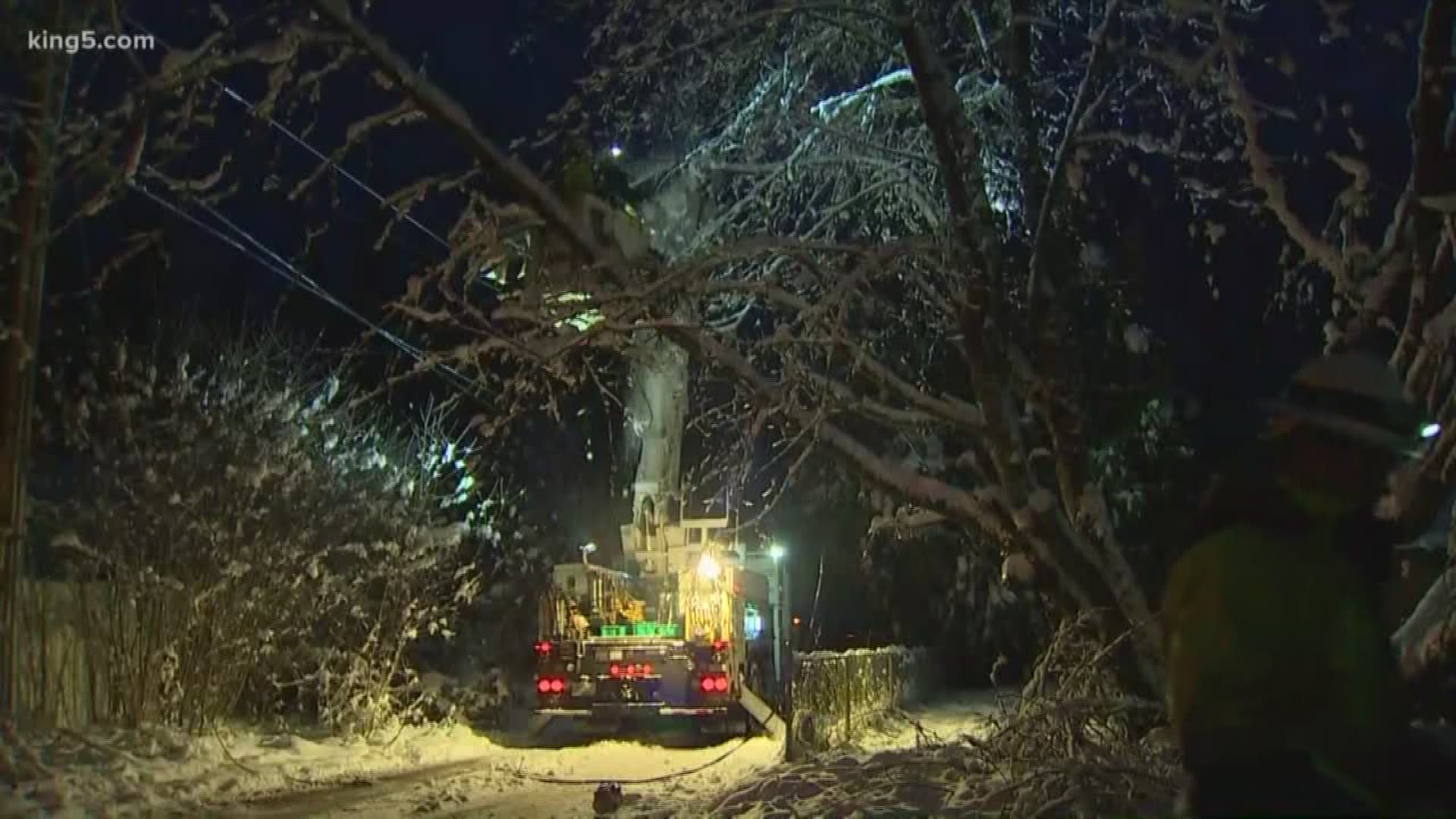 SNOHOMISH COUNTY, Wash. — The Snohomish County Public Utility District (SnoPUD) has signed a major emergency declaration, which calls for aid in responding to outages and other storm-related efforts.

Days of heavy snowfall have piled up in Snohomish County and snow-laden trees snapped powerlines.

SnoPUD crews have restored power to nearly 44,000 customers since the snowstorm began Sunday, and restoration efforts continue in the field.

The message from the Department of Emergency Management is to take the snow seriously because it could significantly impact the roads.

"Somewhere between 7 p.m. and 9 p.m., we are supposed to start getting some pretty serious snowfall here," said North. "Snow is already on the ground. Roads are frozen." 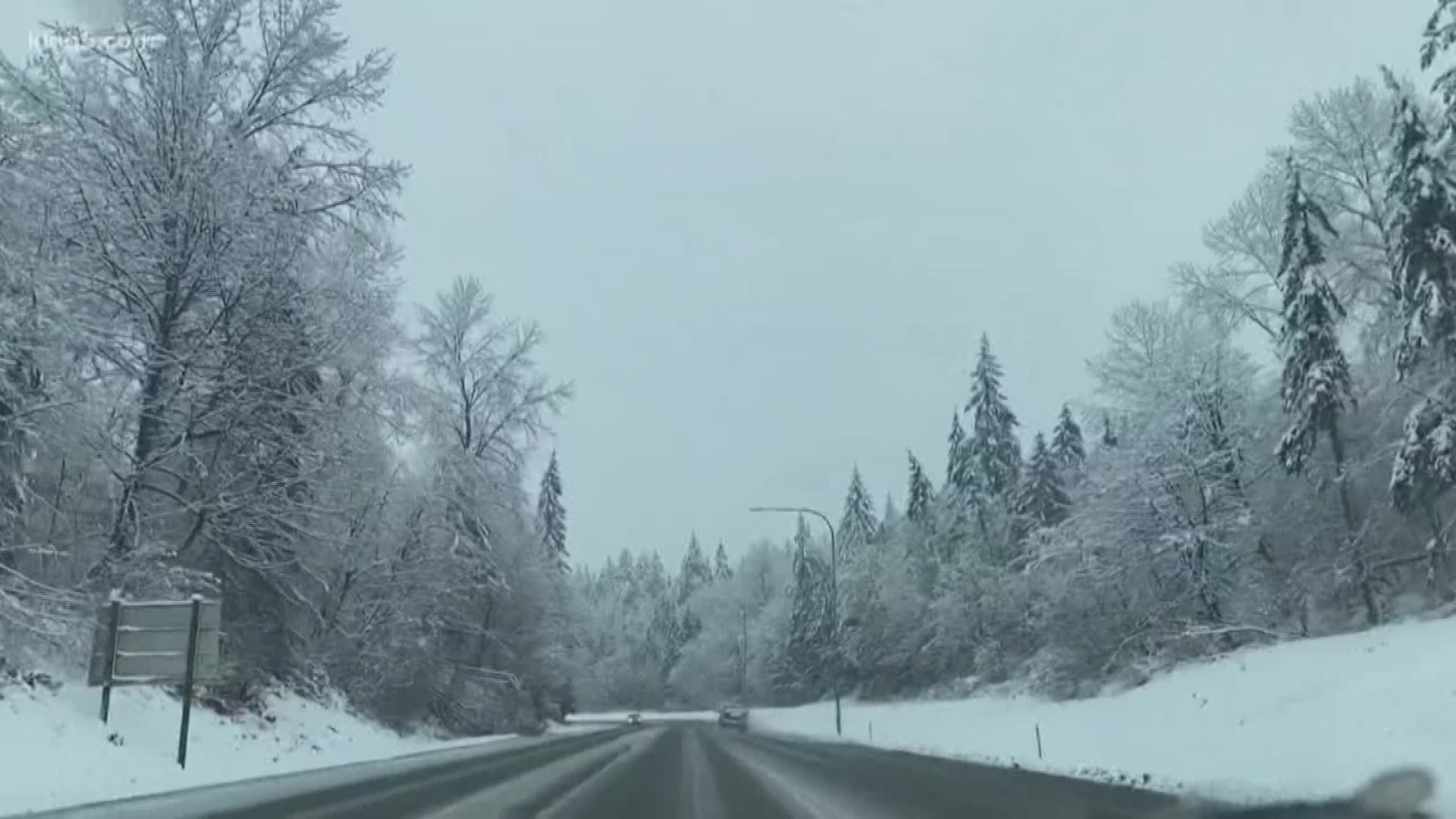 Plows and sanders are at work. A county map shows where crews are tackling tough conditions on unincorporated roads.

"We have anywhere between 35 and 40 plows," said Steve Flude, the road maintenance director at Snohomish County Public Works. "We are putting down abrasives with salt, and hopefully, that will break up some of that ice."

Snow is also weighing down trees, creating a hazard as well.

"When trees get loaded with snow, they fall. The limbs break off. There have been power outages," said North.

"It is just not good conditions to be driving. It is not going to be safe, and if people can plan to not be on the roads tonight and they can stay home tomorrow, it would be better," North said.