Ve'ondre Mitchell's videos have been seen by millions around the world. 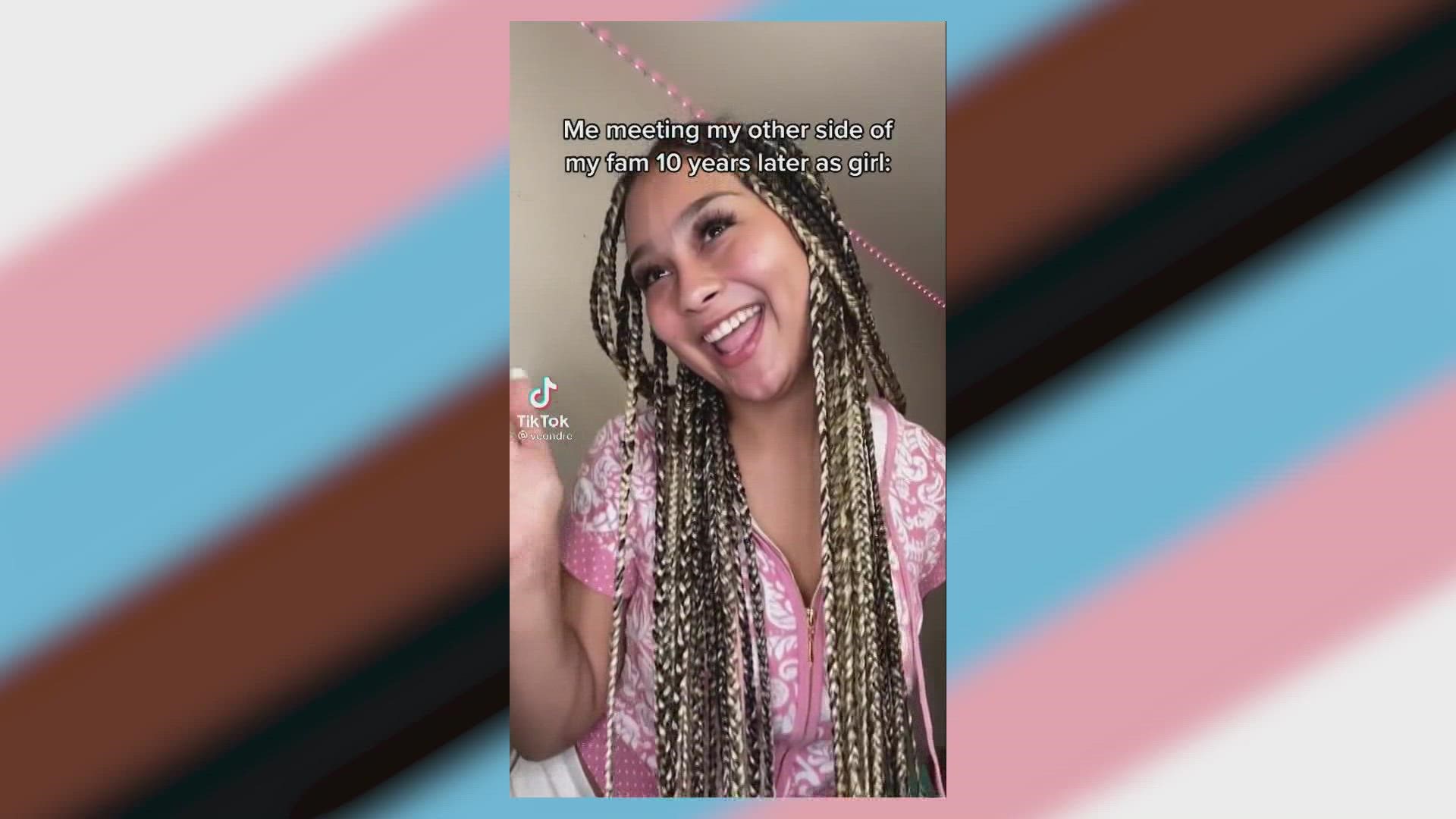 SNOHOMISH, Wash. — When you're 17 years old, they say there's a lot to learn, but Ve'ondre Mitchell knows exactly who she is.

She's not only taking on her senior year of high school, but she's also on a mission to educate people about the transgender community.

"I describe myself as very proud and passionate about who I am," said Mitchell.

Her passion is seen by millions online. Over the past two years, Mitchell's used her social media to advocate for Black and trans communities. She's grown a following of more than 4.6 million on TikTok and 520,000 on Instagram.

"I'm honestly going back and forth between doing a big campaign for TikTok and then I'm doing my math homework," said Mitchell.

When she was little, she was interested in nail polish and jewelry. At the age of seven, she came out to her mom.

"It was pretty easy for her to see what I was going through. So, when I came out to her, she basically just told me what transgender is and what it means, and I was like 'yeah, that pretty much aligns with how I identify,'" said Mitchell.

Ten years later as a senior at Glacier Peak High School, Mitchell leads the Black Student Union and was voted homecoming queen for 2021.

"When she won, my heart skipped a beat," said Mitchell's friend Chinoso Okoroasor, "Out of everyone, she deserved to win. Her winning embodies that people are listening. It was a win for the Black community, but a win for the trans community as well."

Mitchell says while there was overwhelming support when she was awarded homecoming queen, some students used it as an opportunity to bully.

"There would be people taking pictures of me and posting on social media saying, 'how could two men win?' I'd just be like 'really?'" said Mitchell. "At least I wasn't hearing that in the moment, but everyone else was."

It's one reason why she keeps advocating for transgender people to millions online. She's showing she's comfortable in her skin and inspiring others to feel the same.

"Situations like that are obviously scarring, but I'm going to take those situations and obviously advocate for my community because it's not only me who's going through that as a trans person, it's the whole trans community," said Mitchell.