Snohomish County family released after being detained in Arizona

Irvin Enriguez Olvera and his parents were detained by border patrol agents while visiting Arizona. 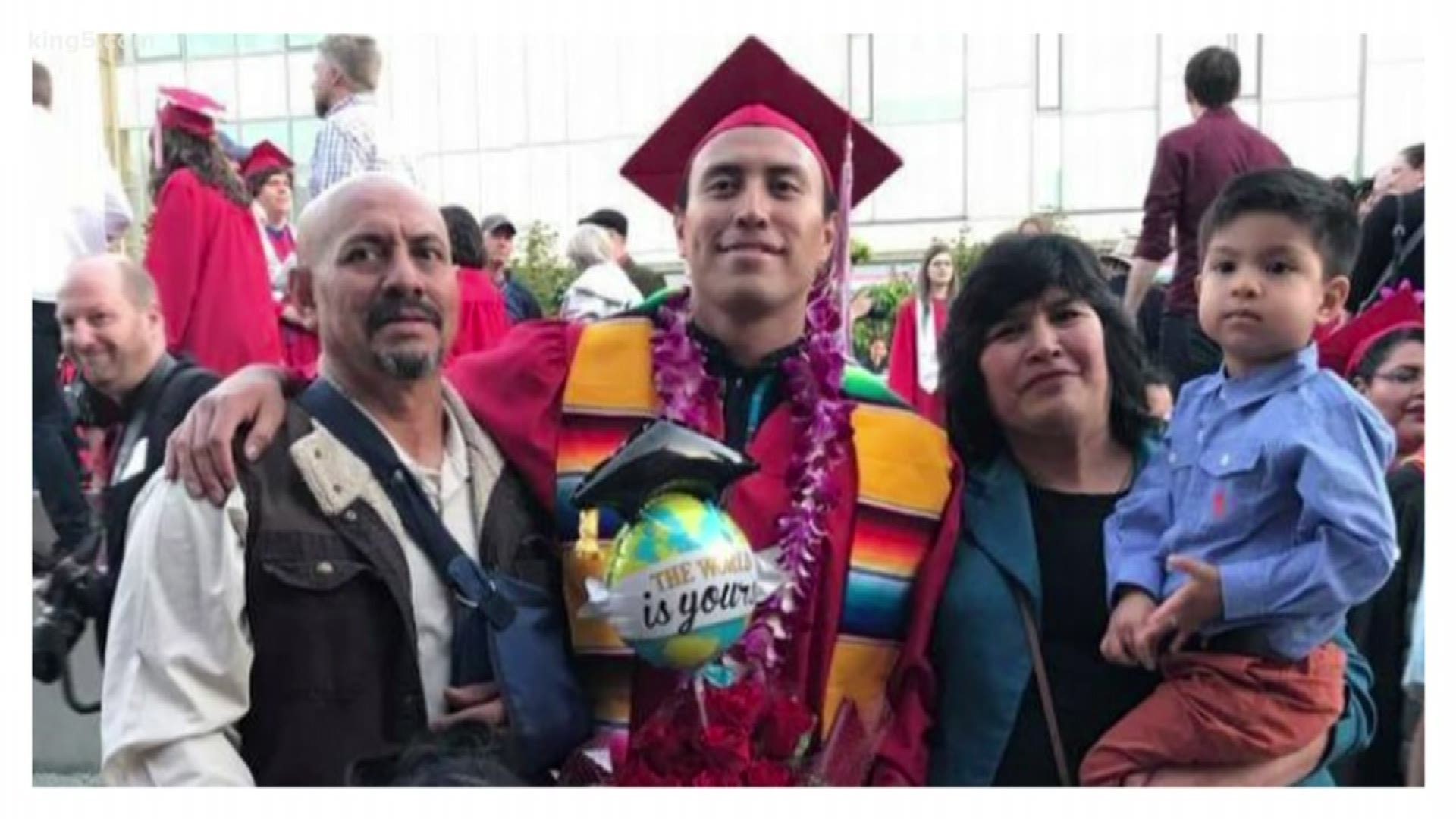 Editor's note: The video above is from earlier this month, not long after the family was detained.

Immigration and customs agents have released three members of a Snohomish County family who were detained while on vacation in Arizona recently.

Roberto Enriquez-Valencia, Candelaria Olvera-Garrido, and Irvin Enriquez-Olvera were released Monday and placed into immigration proceedings, according to ICE.

Enriguez-Olvera, 30, was visiting Arizona with his wife and parents at the end of March when a family friend said they took a wrong turn and encountered border patrol agents. Olvera and his parents, Roberto and Candelaria, were detained, but his wife was not kept in custody, according to family friend Laura Sotelo Guerrera.

"Pleased to hear that ICE has released Irvin Enriquez, along with his dad Roberto and mom Candelaria. My office has been working closely with the family during this difficult time and will continue to aid them as this process unfolds," DelBene tweeted.

Irvin Enriguez Olvera, a biology major at UW Bothell, and his father Roberto have hearings scheduled in Arizona in the next few days. Candelaria may have a hearing in our state next month.