A tiny plastic ring designed at UW may be the future of wearable technology. The ring could change the way people text, play games, and browse social media. 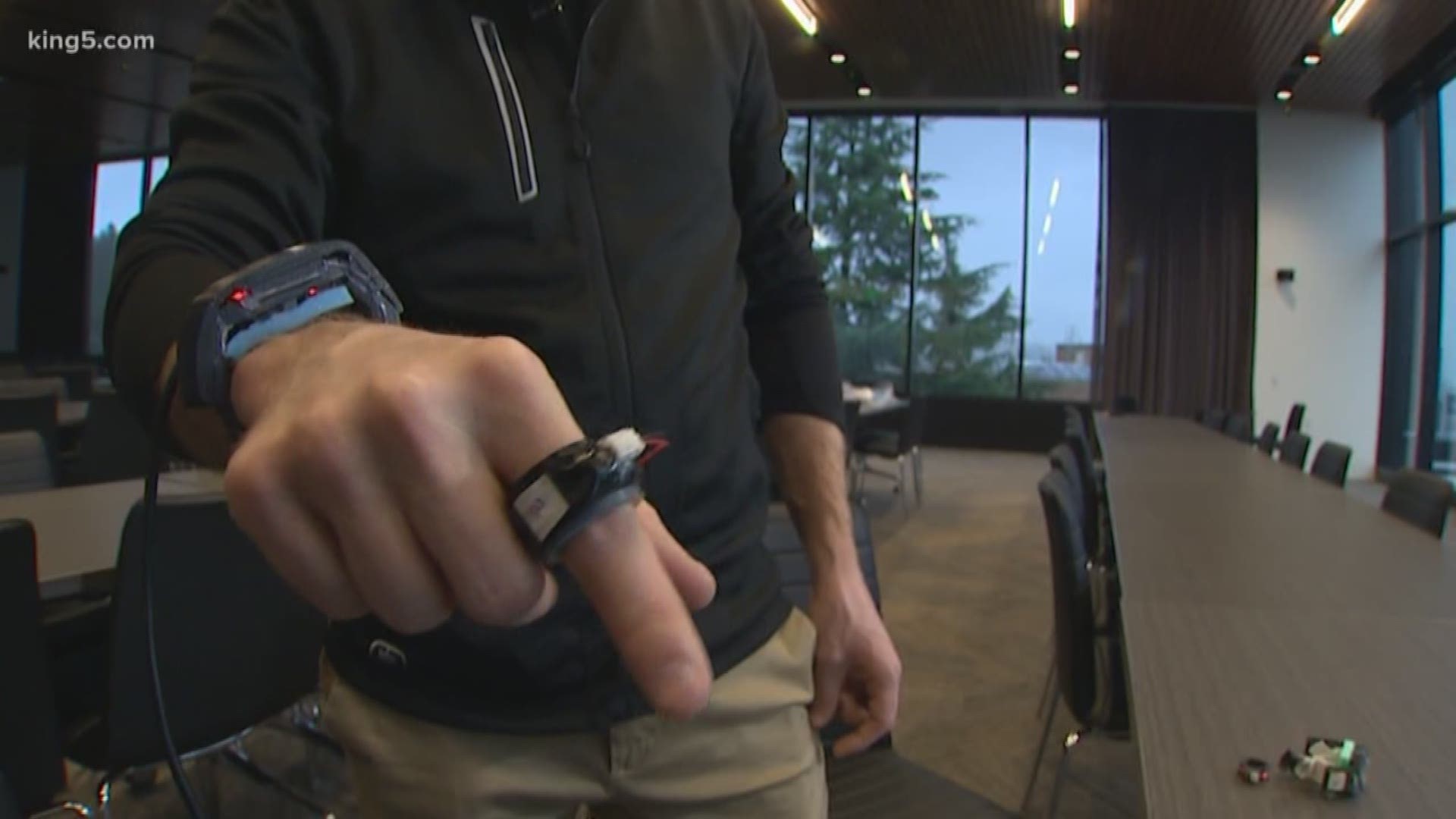 SEATTLE — UW researchers are developing the next generation of wearable technology: the smart ring.

“I would not be shocked to see this out in two years,” said UW graduate student Farshid Salemi Parizi during a recent demonstration of a new product called the AuraRing.

It’s a tiny plastic ring containing a wire coil that users wear on their index finger. It pairs with a wrist-worn device that tracks the movement of the user’s finger.

It might someday pair with a smartwatch or smartphone and change the way people text, play games, and browse social media, Salemi Parizi said.

“There are a lot of people who think it's not easy to write on an Apple Watch because it has a small display,” said Salemi Parizi, who studies electrical and computer engineering and helped design the AuraRing.

He slipped the ring on his finger and started tracing words in mid-air. The text showed up on a nearby computer monitor. A flick of the fingers sends the text message.

He also used the ring to control a character in a video game. The motion of his finger made the character run, jump, and navigate through a virtual environment.

The research was funded by the UW Reality Lab, Facebook, Google, and Huawei.

“I can definitely see other companies looking into this,” Salemi Parizi said.

Salemi Parizi and his team think their product could also be useful in the medical field. It might allow a doctor to measure a patient's hand movements when treating Parkinson's Disease.

RELATED: Google buys Fitbit for $2.1B, stepping back into wearables