There were two students and one instructor on board the aircraft. The instructor took over the controls when the plane completely lost power. 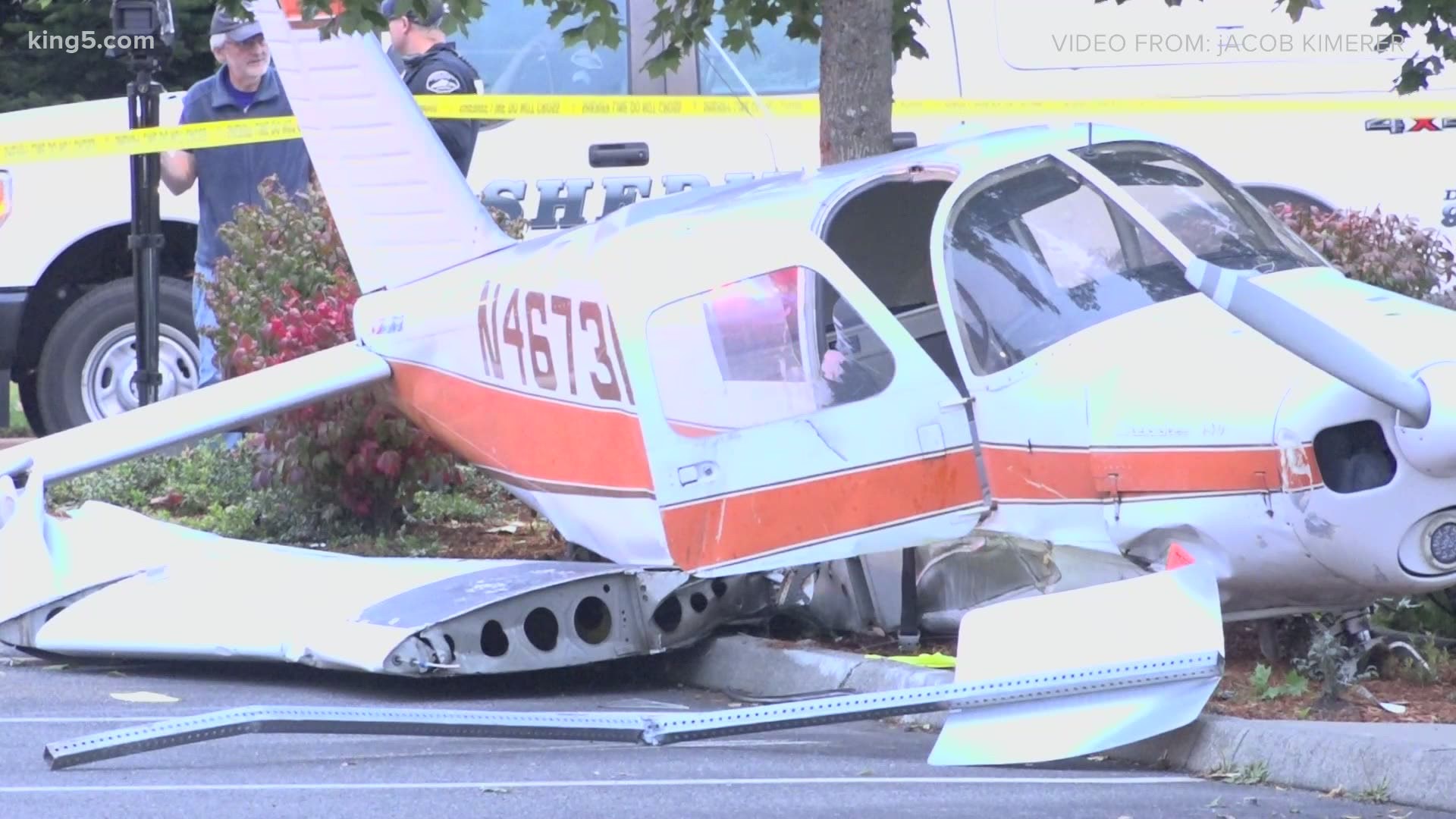 PUYALLUP, Wash. — Three people are okay after the small plane they were in crashed in Puyallup Saturday evening.

Graham Fire & Rescue responded to the scene near the intersection of 187th Street East and Rainier Ridge Blvd. East in Puyallup around 6 p.m.

There were two students and one instructor on board the aircraft. The instructor took over the controls when the plane completely lost power and made a crash landing in the parking lot of the Holy Disciples Church, officials said.

The three people on board were able to walk away without injuries.

Drivers should expect delays in the area of that intersection as crews work to clear the wreckage of the plane.

#HappeningNow- Graham Firefighters and Paramedics are at scene of plane crash, 18700 block of 187th St E in #Puyallup. 3 people were on board when the plane lost power and crashed into a parking lot. All 3 occupants were able to walk away without injuries. #PlaneCrash pic.twitter.com/OsV2zuzhxC

This is the second small plane crash that happened in Puyallup this week.

In a separate incident, a pilot made a crash landing Thursday in the Party City parking lot in Puyallup after the single engine plane lost power, according to officials with the Pierce County Sheriff’s Department.

That pilot was taken to the hospital as a precaution and no other injuries were reported.